Interview: Daniel Land of the Engineers, the Modern Painters and riverrun. 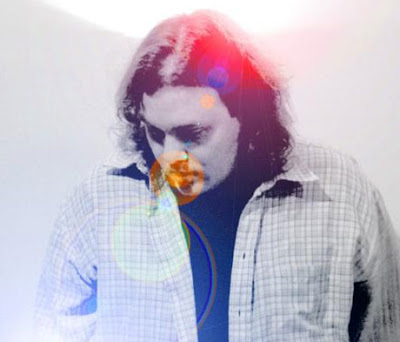 Where to begin with the amazing Daniel Land? He first hit our radar in 2007, as a part of the Manchester based shoegaze outfit Daniel Land & The Modern Painters (vocals/guitar).In 2010 both he and Ulrich Schnauss were invited to join Engineers (who are amazing) and then he has his lesser known but just as awe-inspiring side project, called riverrun, Daniel Land has essentially been blowing us away since the first note. His various projects have been described as like "immersing yourself in hazy, shimmering sound" and able to cause "a deep emotional resonance; the music itself has an overwhelming sense of purity and beauty that you can completely immerse yourself in..." and we can't really argue with, nor add to the truth of those statements. They are wholly fact. Daniel Land is an extremely talented and important artist in the music world, working with many sounds and weaving many genres into one another, creating things altogether new, and always gorgeous. When The Sun Hits is proud to feature the following interview with Daniel Land; enjoy, and if you haven't heard any or all of his musical output, now is the time. He will be remembered as legendary, of this we have no doubt. 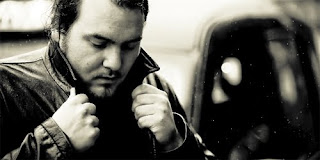 1. Can you tell us what you've been working on and what you've got forthcoming in the near future (recording, tour, etc?)?

Daniel Land & the Modern Painters. Lostening.
Well, the first Daniel Land & The Modern Painters album came out at the end 2009, so once we'd released and toured that album, 2010 ended up being more about having time out to do outside projects and things like that. But the main priority for 2011 is the work on the second Daniel Land & The Modern Painters record, which I hope will be a really strong return. A really good record label approached us and asked if they could release it, so I think it's really important to get it just right. There are various tunes for it in half-completed states and I've been writing lyrics for most of the year, on and off, so we're just beginning to get a sense of what the shape of that record might be. We've met a great sound engineer who's going to be working with us to "up" the production values overall, and we've got a couple of studios available (in addition to home studios) so it's all looking very positive. 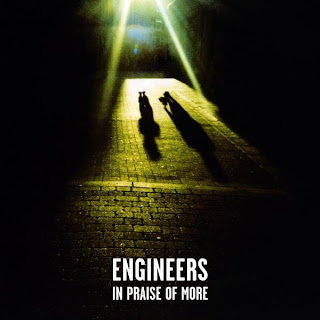 Other than that, last year I contributed some vocals to the new Engineers album (In Praise of More), and then joined the band as a bass player and vocalist, so I imagine at some point we'll start thinking about new material. I've also been playing guitar for Jayn Hanna's band, The Steals, which has been going on since just after their debut album Static Kingdom was released. I'm hoping to be contributing to their next record. And then there's my ambient side-project riverrun: there's a couple more records on the way for that one, one of which is a collection of piano recordings I've been working on for a couple of years now. Anyway, none of this stuff will probably be released for a while yet, because the overriding concern is finishing the second Daniel Land & The Modern Painters album. I hope it's going to be something really, really special - more musical and more varied, texturally, than the last record. 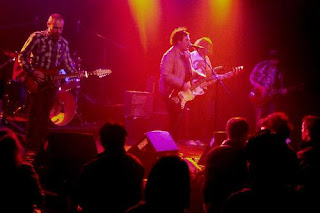 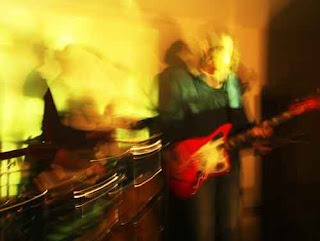 Generally, I try not to rely on any particular set up over and over again, and I never use any factory presets, because if you do, things can end up sounding very formulaic very quickly. I like to work with things that are generally quite unfashionable or have been around for a few years. The best things in my own set up are really old pedals that I've never seen anywhere else. I've got a RockTek chorus which I think is an old analog one from the 80s or maybe even the late 70s. It's really retro and noisy, but it's the best chorus I've ever used. I've got a few things like that, that are unique and have a character of their own. Plus when they start to fail, they generally do so in interesting ways - ways that you can exploit musically.

Engineers. In Praise of More.
3. What shoegaze bands/artists (or whoever) have most influenced your work?

If we're talking shoegaze bands I'd say it almost entirely begins and ends with the Cocteau Twins, to be honest with you! I listened to almost nothing but the Cocteaus for about two years when I was a teenager and it obviously had a deep effect. Later on, I discovered Slowdive and loved them, and then more recently through Ulrich Schnauss I was introduced to the band Sway from California - The Millia Pink & Green EP was very influential to me around the time of making Voss. Other than that, I don't spend a lot of time listening to shoegaze, to be honest. I listen to a lot of bands like Sun Kil Moon and Mojave 3, and some of the great solo artists like Peter Gabriel and Brian Eno. And a lot of world music.

Funny you should ask about books, because I feel like I've been in a more literary phase recently. I've been writing lyrics and keeping a journal, and so I've been reading a lot more than I would usually.

I've had two very major literary phases running concurrently recently - one is Virginia Woolf, who I'm reading all over again for the first time since I was 19 or so. I read pretty much everything she'd written in about 18 months when I was younger, and it's been a delight to rediscover all of that. I'm also reading my way through a lot of Anthony Burgess's books, starting with the epics like Any Old Iron and Earthly Powers and moving on to some of the more obscure ones that fell out of print, like Beard's Roman Women and Abba Abba.

Aside from this, I've got a kind of fascination with the Clinton years, so I've been reading some of the excellent political books about that time - particularly Robert Reich's Locked In The Cabinet and also David Brock's Blinded by The Right, which is an excellent mea-culpa written by somebody involved in smearing the Clinton presidency. Regardless of where you stand politically, it's a fascinating document of the times. 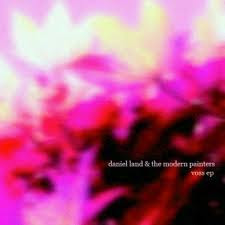 5. Can we expect to see Engineers and/or The Modern Painters on the road in the near future?

Both, hopefully. But probably not until any new material is released, whenever that is.

6. Do you consider what you are doing "shoegaze"?

Yes and no. With regards to the Painters, I guess I see that as writing good, simple songs and then presenting them within a shoegaze context. That's a slightly different approach I think. I'd like to think the ultimately I could present my songs totally stripped down, voice-and-acoustic-guitar treatment, and they'd still be effective, and it'd be nice do something acoustic-y like that in the future actually, when there's time. The next Painters album though will be combining the shoegaze elements with a whole range of other influences so I'm not really sure we can call it "shoegaze" any more...

Engineers. How Do You Say Goodbye.
7. What do you think of modern shoegaze/dream pop artists, any favorites? 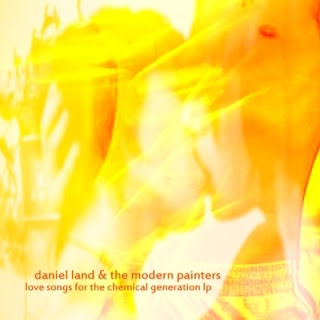 I like some of them, but not all. I tend to like my new shoegaze cut with something more modern... the most satisfying bands to listen to, for me, are the ones that incorporate shoegaze sounds as just one element of a much bigger stylistic idea, particularly the US shoegaze bands like Mahogany, plus other bands like Auburn Lull, Elika and so on. I like bands who take a whole load of disparate things and force them into something that's uniquely their own.

I also like the kind of dream-pop bands who exhibit really strong songwriting skills - bands like Sway and Ask For Joy, and the band Orange Yellow Red, from the south of England. I think that quality of songwriting in those bands is excellent. There's probably a few more but I find it hard to think of them off the top of my head. 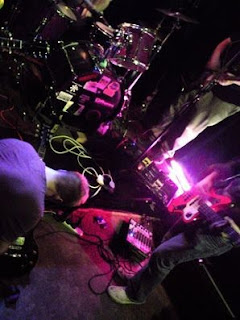 That's an interesting question. I'd find it difficult to do justice to it in a paragraph in an interview, and there's no way of answering it without being a bit self-centered, but here goes anyway: I guess I could say that I've tried to live my life in a very compassionate way, but then like most people who devote themselves to such obsessive work, I can be a bit prickly at times!

And recently I feel like my whole outlook on life has changed anyway... the big lyrical inspiration behind the forthcoming second Painters album was the break-up of a long-term relationship that happened in a couple of years ago, and then another relationship which quickly followed that - at the same time I've been spending a year in therapy dealing with some unresolved things, and the result of all these things has been a big change in my outlook on life, a process of trying to change and improve how I relate to other people. It's made me more resolved to live life in a humble, grounded, and genuine way, and ultimately the hope is that this change reflects in my lyrics and in the kind of work we (or I) produce...

I guess what I'm trying to say is that it's a bit like that Blue Nile ideal - the idea of living a life that is down to earth and "normal" by almost every standard, and that by doing so, you're going to create music that has real empathy in it, a type compassion that's very consoling to the listener. It's all I think about really...