Gaussian Surfgaze: An Interview with Tara Milch of Pastel Felt.


Los Angeles trio Pastel Felt serves as vehicle for the songs of vocalist and guitarist Tara Milch. Alex Edgeworth of Bed Bits provides bass, while Evelyn Quijas, formerly of Pregnant, plays drums. The project’s debut full-length, Charming Lait, has been released on cassette by Lolipop and is available digitally on Bandcamp.

Pastel Felt’s sound melds elements of shoegaze, dream pop, surf, vintage girl group, post-punk, and even a touch of krautrock. Such blended territory has been worked by numerous projects in recent years; close points of reference for Pastel Felt would include, for instance, La Luz and Las Robertas. Like these peers, Pastel Felt slathers this mélange of influences in reverb while making adept use of fuzz—not to mention the lush flanger wash on Lait’s lead track, “Take It Out on Me”—and lo fi aesthetics. Somehow the resultant sound is nonetheless consistent and distinctive: set the tape rolling, and Pastel Felt immediately asserts its own identity. The dreamy haze that envelops the eight tracks of Pastel Felt’s debut is somehow very much of their own brand.

The band’s own apt self-classification is "groovy-mournful surfgaze." Their Facebook and Bandcamp pages additionally offer up the descriptor “Gaussian-blurred”, after Gaussian blur, a smoothing used in image processing that washes over the image, creating an effect resembling that of viewing something through a translucent pane. Here is a wonderful visual metaphor for the way sound is sculpted in shoegaze and dream pop. Such an analogy comes as no surprise when one knows that all three members of Pastel Felt are dedicated visual artists as well as musicians. (Check out Tara’s stuff here and Evelyn’s here.)

Attractive melodies and a gift for pop songcraft are evident throughout Charming Lait. While there’s a sweetness and charm to the band’s sound, minor chords and keys predominate; a cavernous sadness underlies the entire album even as moods and tempos vary.

The project, however, is hardly humorless. Check out, for instance, the video for “Take It Out on Me” (below), in which ancillary band member Jonny Kosmo takes the ride of his life. And last year, the band used a photo of an unidentified rear end for promotional purposes. More subtly, the album title plays on Tara's last name, Milch, German for "milk", "lait" in French.

Perhaps Charming Lait’s most outstanding feature is the gorgeously layered, reverb-shrouded vocal sound (definitely worth a few listens with a good pair of headphones). This aspect of the record utterly entrances even though the vocal tracks are somewhat back in the mix as per much shoegaze and dream pop. Easy intelligibility on the part of the lyrics is sometimes sacrificed to the lo-fi ethereality of the overall vocal sound, but the texture and feeling achieved is worth it.

It’s astonishing to learn that Tara alone is responsible for all vocal tracks. Her tone and delivery gently and deftly adapt to the varied settings and arrangements in a way that easily gives the impression of three or so well-matched voices. In the live setting, backing vocals are sometimes provided by Tara’s friend Andrea Adolph, whose contribution is exquisitely suited to the band’s sound.

Many thanks to Tara for taking time for this interview and for thoughtfully answering our questions.

How and when was the band formed?
Officially played our first show at Pehrspace (RIP) in December 2014. The first show was Alex on drums and me on guitar, singing. At that time Alex had recently moved to L.A. and we were just jamming for fun. It's cool that it came full circle, and she's come back to play bass. I ended up playing with other friends and forming the songs. The first ever skeletons of some songs are these crappy iPhone recordings of Alex and me playing, and I'll go back and listen to them sometimes.

Where does the band name Pastel Felt come from?
It doesn't mean anything, I just liked the way it sounded. I love the word "pastel", I think it sounds exactly as the image it evokes in your mind. Some words carry synesthesia, like an onomatopoeia. Originally it was called Pastel Les. But I quickly changed it knowing that it would be butchered when pronounced. Most of the time people think it's a conjunction of The Pastels and the band Felt.

Can you tell us what the band has been working on and what you've got forthcoming in the near future (new releases, tour, etc.)?
Right now we are working on new songs and expanding the band. We'll probably be touring the East Coast next year. In the meantime, we’re probably just gonna do shows in and around L.A., California, and the West Coast.

Do you consider your music to be part of the current shoegaze/dream pop scene, or any scene? Defining one's sound by genre can be tiresome, but do you feel that the band identifies closely with any genre? How do you feel about genres in music, in a general sense?
I don't really see us as a part of a shoegaze scene. Yeah genres are pretty silly. We play with different bands that are all over the spectrum of music. I mean I love shoegaze but I think we have a lot of different songs with different sounds. We say we are groovy-mournful surfgaze.

I'm a big fan of Tamaryn and the band Beverly. My favorite album from this year is Joy by Mope Grooves. I listen to this album constantly.

There's a band in SF called Kokomo Hum. They are very elusive with barely anything on the internet, but I love their sound; it's very big and melodic and still sounds lo-fi at the same time. Another great band is Bunny from Chicago, very dreamy minimalist band. I'm really excited to see where they go.

Within in the last ten years? I think everything that Young Prisms put out is classic and will be shoegaze staples over time. They don't exist anymore but their music is amazing. 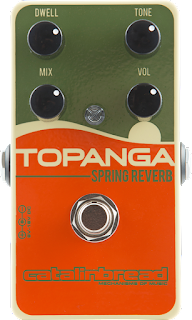 What is the most important piece of gear for your sound? Any particular guitars/pedals/amps that you prefer?
Ah, the gear question! I have a Catalinbread Topanga Spring Reverb pedal that I can't live without. I love a bright jangly tone. When I first started playing music, everything was drenched with reverb. Over time my vocals and guitar have gotten cleaner, but I love a bright guitar warble.

What is your process for recording your music? What gear and/or software do you use? What would you recommend for others?
I have no preference. Record however to get what you want out into the world.

How do you feel about the state of the music industry today? There is no doubt a massive change underway. How do you see it and do you feel it’s positive at all?
Support your friends, buy their music. Go see them play when they tour.

When it comes to label releases versus DIY/Bandcamp and the like, what is your stance, if any?
Just put it out there anyway you can. If it's good people will recognize and pass it on. Don't be discouraged by labels. My advice is just be a nice person, support other artists around you, meet people. I think more than ever music is about community and a network. I don't think anyone can exist in their own echo chamber. But just get it out there and see what happens. If you can't find music you want to listen to, make it.

Do you prefer vinyl, CD, cassette tape or MP3 format when listening to music? Do you have any strong feelings toward any of them?
MP3s are great ‘cause there is just so much you can listen to on the internet. I mean there is so much music to be exposed to. If you really love something, you can most likely find it on a richer format. Aesthetically I love tapes, these great little compact containers. I think they represent something really special as a format sonically and artistically. They are satisfying to hold and have, and they are essentially ephemeral. I guess nothing beats vinyl, but honestly however you can listen to it, do it.

What artists (musicians or otherwise) have most influenced your work?
I'm a big, big Blonde Redhead megafan. I would consider them my favorite band. Their old stuff is angular, messy, punk and weird. They transitioned to a softer shoegaze/kraut sound, but they are always jumping around. I'm really inspired by them, they have done all kinds of music and still retain their unique sound. There is always this melancholy wash to their music which is almost their trademark. But whatever genre they are doing, the music is always pretty, emotional, and melodic. I don't know if you have ever seen them live, but they have such incredible chemistry when they play together; it's something really special. Unwound is another band that played really hardcore music and then also made these beautiful melodic albums. I like artists that grow, push themselves and challenge you. I'm a big classical music lover as well; Stravinsky and Dvorak are my favorite composers. Otherwise, Colleen Green, The Clean, Stereolab and Cat Power are special and important.

Can you tell us a little about what you are currently into (books, films, art, bands, etc.)?
French Vanilla, Mo Dotti, Lala Lala are bands I love. Marc Bell, Nathaniel Russell, Cole Lodge, Aaron Elvis Jupin, and Isa Beniston are my favorite current artists (check out their Instagrams!) I've been getting into Ursula K. Le Guin ‘cause I love fantasy. I really like listening to history podcasts and playing chess.

If you had to choose one track that was the ultimate definition of your sound, which would it be and why?
“Take It Out on Me”, just because it's a jammer song I'm really proud of.

Can you tell us a little about the band’s song writing process?
I grew up playing the flute so usually a song will start with melody. Just a weird tune that gets stuck in my head. From there it's building out the rhythm and harmonies and layering it. I'm really into dynamism. It's always different. Some songs start with a melody, some with words, some with like an idea of a song, or what it should feel like, but it's not more concrete than that. Sometimes it's just a notion that you want to build around.

What is your philosophy (on life), if any, that you live by?
Do the next right thing.
Posted by When The Sun Hits - All things shoegaze. at 11:15 AM