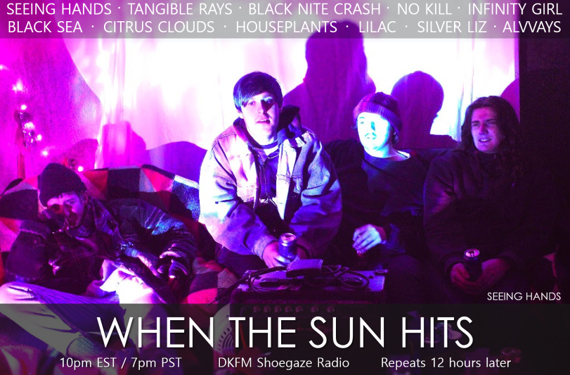 PLUS 2 solid hours of programming immediately following:
Stay tuned in for an exclusive Morelings feature and Muso Asia!
Posted by When The Sun Hits - All things shoegaze. at 8:11 PM


Lacing is a Tennessee-based 4-piece comprised of Joe Davenport (guitar/vocals), Jerry Reed (drums), Robert Parker (guitar), and Joseph Micolo III (bass). They first caught our attention last year, after releasing their majestically dense debut EP, Honey Glow. Back in June we premiered their new tune, “Summer”, which is the lead single from their just-released debut LP, Bummer. We’ve been looking forward to this album for months, and it does not disappoint! If you’re a fan of stonergaze, slowcore, sludgy pop, swirling noise, epic drums, and other generally deafening/awesome aural journeys, Lacing is for you. Enjoy getting to know more about them!

How and when was the band formed?
JD: Lacing formed in the spring/summer of 2015. I'd been doing this solo harsh noise/shoegaze project called Millipede for a decade and decided I wanted to try to write actual songs in that style. Jerry Reed and I had bonded over both being new dads at the same time, both being in the local noise scene and playing shows together here in Chattanooga, and of course our mutual obsession with Slowdive. He played drums in two of my favorite local bands, Gravebound and Rough Rope. He plays LOUD, which is a thing I've always been super into...I've always been into bands with good drummers who play loud. We knew Joseph Micolo from the local noise scene doing his Segaworms project and the more beat driven GTRUK and knew he played bass so we asked him to join. Robert Parker was a friend of Jerry's from way back and they'd been in a bunch of bands together. Rob was in this awesome shoegaze band called SWOON that released one EP and then broke up right before we started Lacing so we were lucky in that regard because we were able to bring him in right at the beginning.

Can you tell us what the band has been working on and what you've got forthcoming in the future?
JD: Earlier this year we recorded our first full-length. It's called Bummer and it just came out September 15. You can get it from us directly through Bandcamp and also the label, which is called Elder Magick. The digital version is a pay what you want/free. We recorded it back in February with Scott Minor of Sparklehorse and our friend Carey Balch helming production and mastering duties respectively. We're about to start recording songs for a split with our homies in Chicago shoegazers Lazy Legs (recently relocated to Portland). After that we'll continue writing for another album with the goal being to get back in the studio in 2018. We've also been batting around the idea of doing a covers EP but so far haven't decided on what songs we wanna do. And as far as the near future goes, hopefully expect to see a video for a song or two from Bummer. 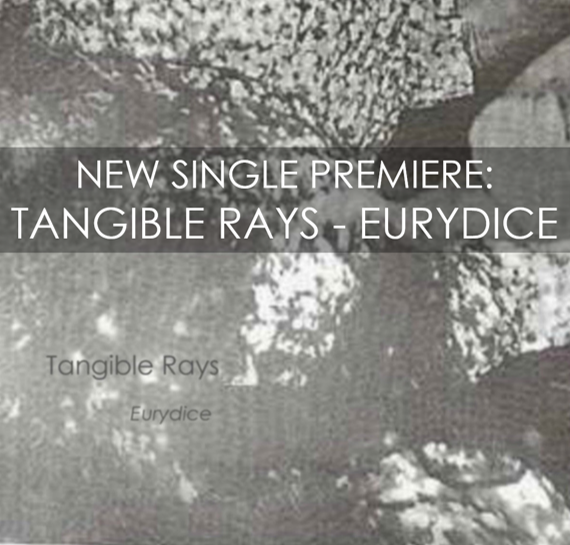 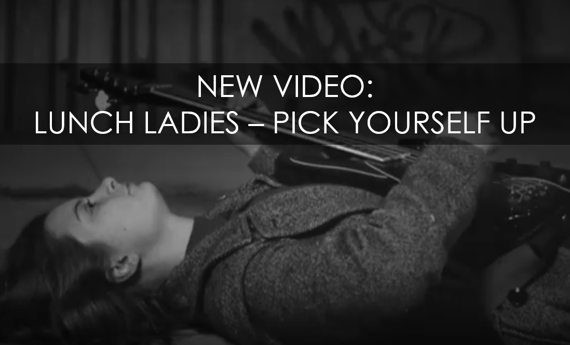 "Pick Yourself Up" is taken from this New Jersey-based 4 piece's Down on Sunset Strip release, which came out back in March. We highly recommend their lovably awkward and charming LP, and the new video perfectly suits the toe-tapping catchiness of this particular tune.

INTERVIEW: Jason Lamoreaux of The Corrupting Sea and Somewherecold. 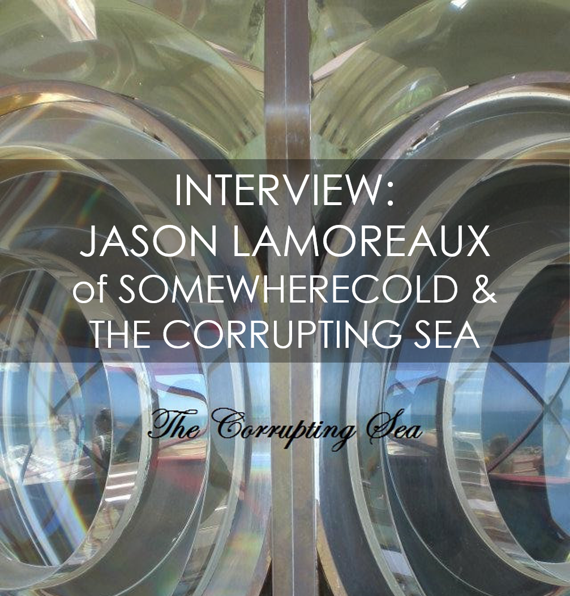 Jason Lamoreaux is an ambient/experimental/drone artist who records under the project name The Corrupting Sea. He also writes the blog Somewherecold and owns Somewherecold Records. Additionally, he DJs a biweekly show on DKFM called the Somewherecold Radio Hour. Yes, the man is busy! Back in July we premiered the video for his song “Persist”, so you got a taste of Jason’s otherworldly artistic vision at that time. We hope this interview provides additional and deserved exposure to his numerous projects. He is a tireless supporter of many underground genres, shoegaze and dream pop included, and an incredible artist in his own right. Enjoy getting to know him.

How and when was the project formed?
I record under the moniker The Corrupting Sea and started doing so back in 2006 or so. Before that, I had recorded some tracks with a good friend in Lexington, Kentucky when I lived there. That project was called Sylant. Anyway, he had recorded music before and I learned a lot from him. I moved to Texas in 2005 and recorded an album actually. I have lost those files since but one single was released on an experimental guitar compilation in Australia called String Theory. It’s the only track left from those recording sessions.

Then, last year, after a series of unfortunate events in my life, I turned to music as a sort of therapeutic outlet. It ended up saving my life really and I produced a number of tracks that I thought were worth releasing. Those tracks were released on Symphony of a Radical on September 1 of this year. That lead to a rather massive period of exploration and output and I produced two more albums which came out before Symphony. Resist and Samatta were both done in short session bursts and came out nicely, at least I think. So, back to the original question. I didn’t start recording till late in life but found I had something to express sonically when I did. With some encouragement from people like Frank Lenz, Jon Attwood (Yellow6), and Paul Saarnak, my confidence grew and I put myself out there, for better or for worse. 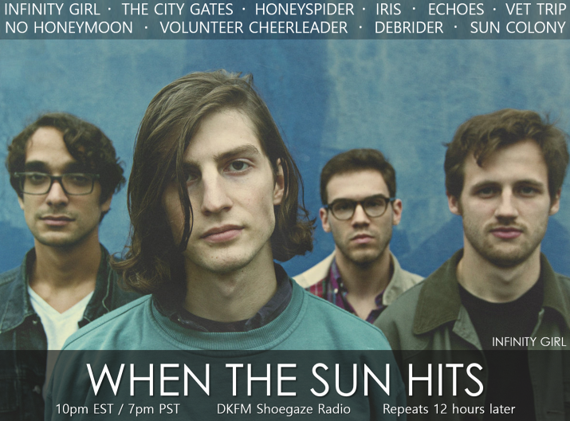 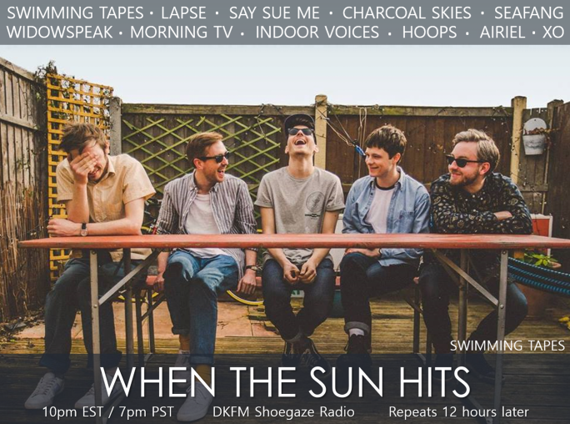 Repeats 12 hours later!
Posted by When The Sun Hits - All things shoegaze. at 1:46 PM