FUCKING. AWESOME.
Posted by When The Sun Hits - All things shoegaze. at 8:57 PM

Posted by When The Sun Hits - All things shoegaze. at 1:54 PM

TONIGHT! WTSH on Strangeways Radio - Expect to hear a brand new exclusive from Drowner's new LP, new ones from Weekend, Lilies On Mars, Marnie & SLOWNESS, along with some classic gazer anthems thrown in the mix, as well.

Posted by When The Sun Hits - All things shoegaze. at 1:43 PM 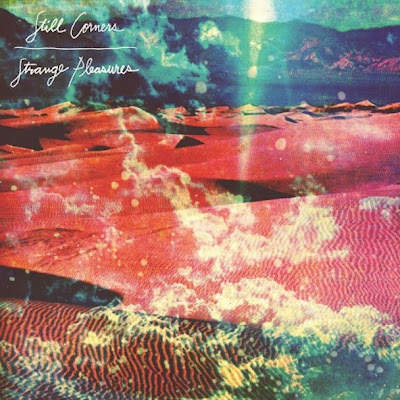 If Still Corners' debut, Creatures of an Hour, was a somewhat cold and frigid whisper, their sophomore effort, Strange Pleasures, is a euphoric sigh. The masterful confidence and ease is apparent, while the group still exhibits some of their characteristic restraint. The pace is quite drowsy, but not without energy. The duo is more enchanting than distant now, more dreamlike and cinematic than ever before.

The Londoners have no shortage of movement in their latest work; synthesizers sparkle and swirl around every song. This increased energy is perhaps the most notable improvement for Hughes and Murray. There is a tangible sense of purpose throughout Strange Pleasures. That they bring a very organic and pastoral element to their futurism is also thoroughly energizing. It stands in stark contrast to some of the recent trends of cold, aloof, and disinterested delivery.

The whole album is so solid that it is almost difficult to pick songs that stand above the rest. "All I Know" plays well with repetition and features a few syrupy guitar licks which greatly complement clever and uncommon touches like harp melodies. "Beatcity" brings early synthpop and krautrock instrumentation to a uniquely human place, and its chugging bass synthesizers are a welcome breath of urgency. Album closer and title track, "Strange Pleasures" positively smolders with soul and passion, and is also not to be missed.

The one misstep here is the oddly misplaced "Berlin Lovers." That it was also chosen as a single is even more perplexing. While it is a good pop single and is not at all a bad song, it is an incredible departure from every other number on Strange Pleasures. The brassy, warbling synth hook can actually inspire some discomfort if one is not expecting it, especially considering the restfulness of everything that precedes it. "Future Age" suffers from a bit of the same problems, but is more graceful and fitting.

Overall, Strange Pleasures glows and flickers calmingly. Its science fiction psalms radiate a very sincere warmth that listeners should find irresistible. It's a perfect soundtrack for summer evenings, and a stellar addition to any album collection.

(Additional note: iTunes offers an extended version which includes the bonus track "We Have the Future on Tape" as well as a digital booklet.)

Standouts: "All I Know", "Beatcity", and "Strange Pleasures" 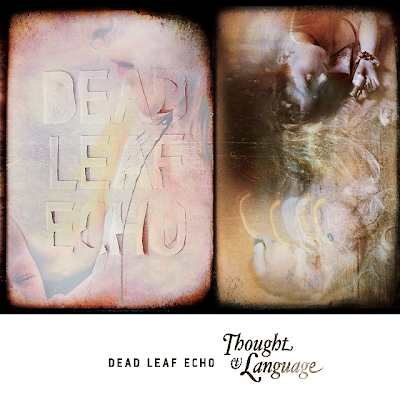 "She was only the dead-leaf echo of the nymphet from long ago ..."
- Vladimir Nabokov

An interesting and seemingly self-effacing quote to name yourself after if you're a band operating in a genre that a number would consider had peaked near it's creation in the late eighties and early nineties.


Of course those who dig a little deeper will be aware that there's a vibrant current shoegaze scene that certainly stands proudly with the original in terms of quality and invention, even if the wider music media tend to virtually ignore it, and retreading former glories is something that bands like Dead Leaf Echo should never be accused of.

Sure, Brooklyn based nu-gaze (or nouveau wave as this bunch refer to themselves) three piece Dead Leaf Echo don't mind wearing their influences on their sleeves, but with a full length debut as strong as "Thought & Language" they can consider themselves peers rather than imitators.

4AD producer John Fryer (Cocteau Twins, Lush, This Mortal Coil) is on hand to mix, and this certainly helps conjure an authentic shoegaze aesthetic that recalls variously, early Swervedriver, Lush, Chapterhouse and the Boo Radleys before they discovered the Beach Boys.

Tastefully bypassing the distortion laden squall that some of the more popular shoegazers exploited, Dead Leaf Echo instead rely on an expansive, broadly textured sound, with layers of gorgeously swelling guitars steeped in delay, and cavernously reverbed vocals that often operate more as another instrument in the mix, with the need to convey lyrics seemingly being given secondary importance....

Posted by When The Sun Hits - All things shoegaze. at 8:33 AM 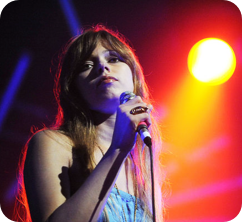 Chromatics, like many of their peers on record label Italians Do It Better, operate in a brand of indie electronica borrowing heavily from the italo-disco and no-wave of the past to craft retrospective, moody dark pop. Kill for Love is a cinematic masterpiece marked by sturdy, motoric melodies and a sense of late night sombre moodiness...
CLICK HERE TO READ THE FULL ARTICLE
Posted by When The Sun Hits - All things shoegaze. at 8:24 PM 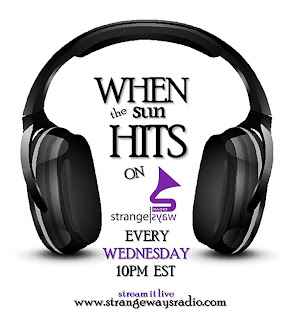 Posted by When The Sun Hits - All things shoegaze. at 7:43 PM