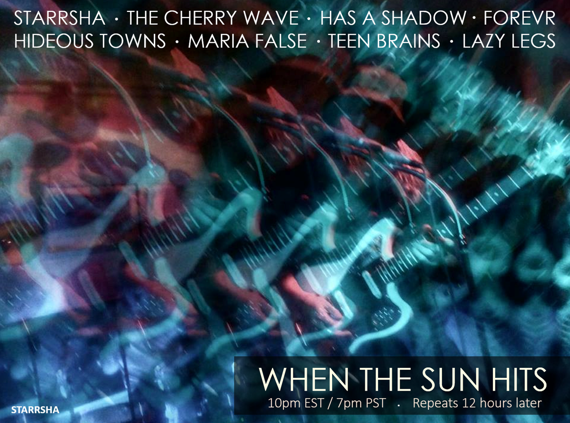 TONIGHT
When The Sun Hits on DKFM Shoegaze Radio

Stay tuned in to DKFM post-WTSH to catch a special re-airing of today's Foreign Affairs show featuring Rachel Goswell of Slowdive & Minor Victories!
Posted by When The Sun Hits - All things shoegaze. at 5:57 PM

TODAY: Rachel Goswell of Minor Victories & Slowdive will be on DKFM Foreign Affairs! 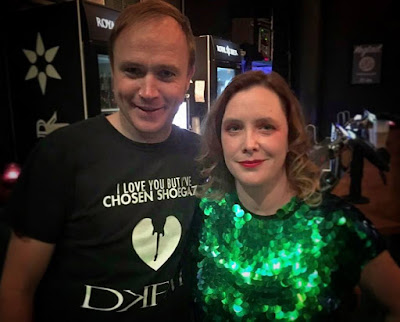 Interview: Rebecca Basye of The Emerald Down by Elizabeth Klisiewicz. 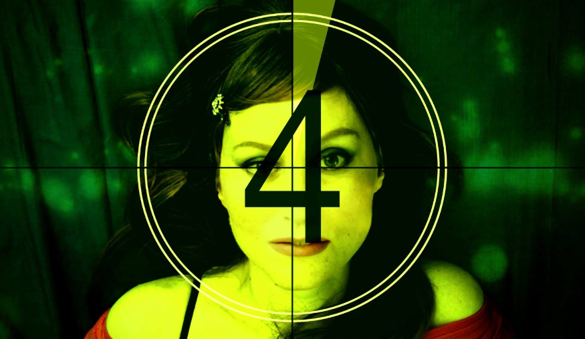 Interview: Rebecca Basye of The Emerald Down
Conducted by Elizabeth Klisiewicz

I’ve had the privilege of getting to know the lovely Rebecca Basye over the past year after hearing her band’s song on a Saint Marie Records Static Waves compilation. Rebecca is guitarist/vocalist for The Emerald Down, a band that started out in the mid-90s and has only recently come back to us. Their classic album Scream the Sound has recently been reissued on Saint Marie and a new, supercharged version of the band is working on a new release in 2017 called Songs from Saturn, to be released by Wrong Way Records. For a deep dive into Rebecca’s musical history and for an accounting of her health woes, read on. Thanks so much to Rebecca for agreeing to this interview, and to When The Sun Hits for posting it.

EK: Going back to your early years, did you play any instruments as a young child? Were your parents supportive of your musical interests?
RB: My mother, who spent the better part of her life singing in musicals, was certainly an influence, and encouraged me to learn piano, violin and vocals when I was younger. I carried those experiences with me into my guitar sound, which incorporates some of those elements. We sang harmonies and songs together as far back as I can remember. I loved harmonizing when I was young and did that along with almost everything I heard. We were often around or playing music, and some close family friends worked in the music industry and taught music: rock and roll and classical. I remember going into a recording studio for the first time at the age of five to watch a band record in the Bay Area where I spent the first part of my life. The session was run by one of Neil Young’s engineers, another family friend. That was the 1970s such as they were, and there was much going on in San Francisco and surrounds as most know. I got to sit on adult shoulders at concerts in Golden Gate Park and the like. Growing up in such an environment definitely played a role in my becoming a musician.

EK: What were and continue to be the biggest influences on your music?
RB: From a song writing standpoint, I will always—albeit subconsciously—reference the music of my childhood as a measuring stick. Songwriters like Carol King, Jim Croce, David Gates/Bread, John Denver (don’t laugh) and rock and roll like Led Zeppelin, ELO and Fleetwood Mac. Later, as we turned to the next decade, I found myself digging the sounds of New Order, Split Enz, etc. Admittedly, however, I had to ‘discover’ punk and some of the more then-obscure 60/70s music (e.g. Nick Drake, Velvet Underground, etc.) much later, as I was too young in the 70s to get beyond mainstream radio, but by 1985 I had developed much of the musical background that made me who I was going into the emergence period of our dreamy, effects-driven genre. Thus, as far as music in the genre of The Emerald Down, I would say that the Cocteau Twins album Treasure kick-started things for me in 1985 and will always be the thing that made me a ‘shoegazer’ (for lack of a better term), and later Heaven or Las Vegas.

VIDEO PREMIERE: The Emerald Down || Caught a Wave. 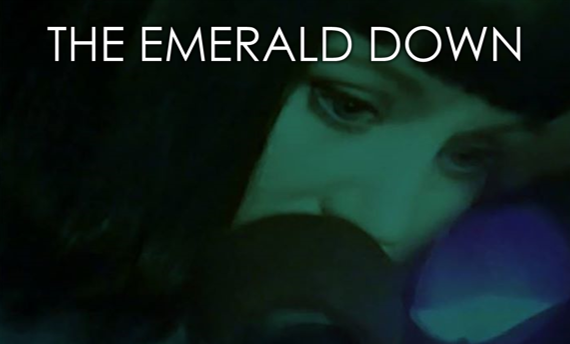 “Caught a Wave” (2016) is the second of at least two brand new official videos anticipated for The Emerald Down’s second release, Scream the Sound, being reissued on colored double vinyl (as well as CD) on November 28, 2016 by Saint Marie Records. For the first time, readable lyrics will be included with the album, along with all-new expanded artwork.

Aside from the recent video for “Perilized”, “Caught a Wave” is one of the only official videos ever released by the band during their 20 year career span. This flurry of activity indicates a period of important development for The Emerald Down. They have an exciting new five piece lineup comprised of original members Rebecca Basye and Jason Markin, along with Tyler Royster (Blanco Branco), David Fitzgerald (The Junkyard Liberty/The Telescopes) and Nick Noble (93MillionMilesFromTheSun). The quintet is planning a forthcoming single, entitled “Lucas”, and will also release a brand new LP, Songs From Saturn, which will be released by Wrong Way Records.

The video synthesizes classic television footage of The Emerald Down circa 1999. In it, the band is performing their then brand new track “Caught a Wave” as they prepare to create and release Scream the Sound. The video features ambient scenery from the coastal beaches of Washington State (the band’s original home) and sweeping ocean waves well-suited to the vast soundscapes featured in the song. This imagery is the perfect accompaniment to the song’s lyrics, which are full of grace, regret, melodious melancholy, impassioned self-realization and acceptance.

Featured in the video is an incredibly rare, live glimpse of the original Scream the Sound line-up featuring Rebecca Basye on guitar, Jim Rock on bass, Chad Williamson on guitar and Jason Markin on drums, as they perform one the their most historically beloved tracks.


Editing and post-production by Rebecca Basye 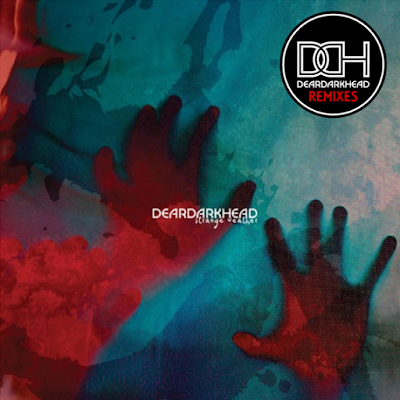 Shoegaze pioneers deardarkhead started releasing music in 1988. Their most recent release, the highly lauded Strange Weather, came out earlier this year via Saint Marie Records. Their career has spanned decades because they continually create music that is beautiful, timeless and compelling. The band represents the very best of both the classic and current shoegaze movements.

RxGibbs’ remix of “Sunshine Through the Rain” is the first of several exclusive remixes deardarkhead plan to release (for absolutely free) via When The Sun Hits. The original songs are taken from Strange Weather and the exclusive remixes are done by true innovators in the field.

We are thrilled to provide this FREE download to you on behalf of the band. Keep your eyes peeled for the next remix in the coming weeks! 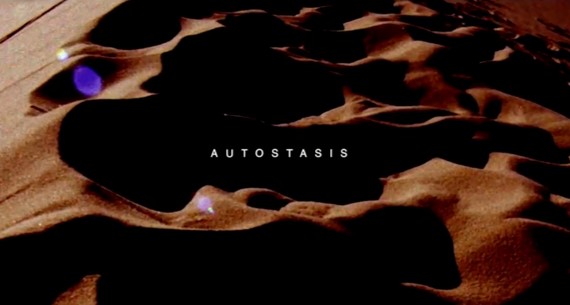 Autostasis is the brand new project of duo of Wyatt Parkins and Louis Sherman. Wyatt Parkins, as most shoegazers know, is the owner/operator of Saint Marie Records, the label behind some of the best contemporary shoegaze music being released. Louis Sherman is a member of Locust, an excellent electronic project that also involves visionary Mark Van Hoen.

"Desert Sand" is the duo's debut song. You may be expecting a traditional shoegaze sound, but Parkins and Sherman can't be pigeon-holed so easily. Autostasis creates music that is synth-based and cinematic, featuring sweeping soundscapes similar to Tangerine Dream combined with the moody electronica of S U R V I V E.

"Desert Sand" will be included on SMR's forthcoming compilation, Static Waves 5, which is set to drop on November 25. You can pre-order that here.

We are thrilled to premiere the video for this track, which can be viewed below. Autostasis is currently working on tracks for their forthcoming EP, so stay tuned.

Posted by When The Sun Hits - All things shoegaze. at 2:57 PM

TONIGHT! When The Sun Hits on DKFM || Stream it live 10pm EST/7pm PST. 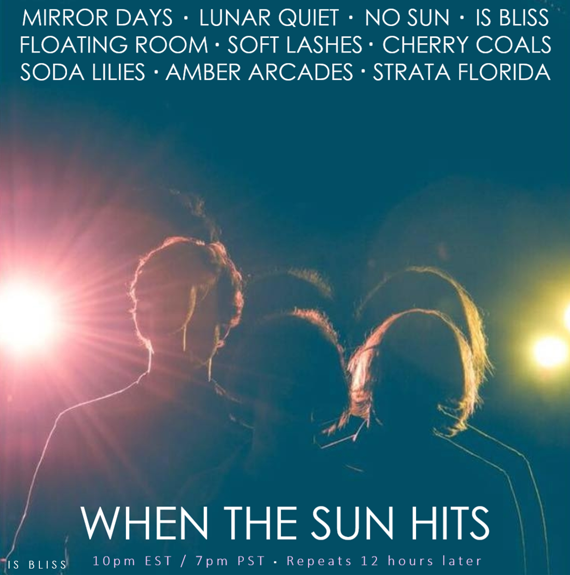 Followed immediately by the awesome Muso Asia
Repeats 12 hours later
Posted by When The Sun Hits - All things shoegaze. at 7:18 PM 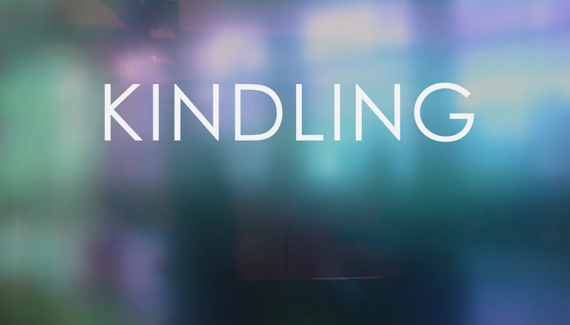 It's no secret that we love the Massachusetts-based shoegazers Kindling, and their Everywhere Else LP (released in August) is at the top of our list of this year's favorites. The band's new video for "Black Eye", directed by Alle Kern, is a compelling series of dream-like sequences that go in and out of focus, awash in a kaleidoscope of changing hues. The imagery is a lovely accompaniment to the equally exemplary music. You can stream and purchase Everywhere Else on Kindling's Bandcamp page.

Posted by When The Sun Hits - All things shoegaze. at 3:13 PM 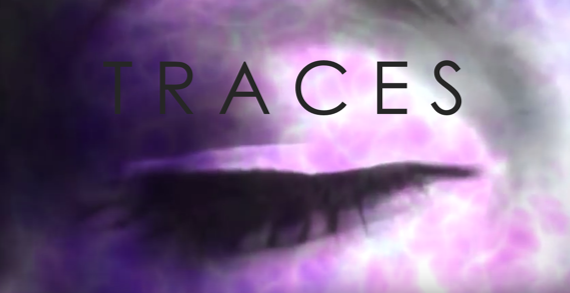 T R A C E S is a Montreal-based dream pop trio. The group captured our imaginations with their summer release, Imaginary Life, which you can check out in its entirety here. The band just released a new video for "Crystal Clear", which is pulled from the aforementioned release, and it does this aural gem complete justice.

Posted by When The Sun Hits - All things shoegaze. at 2:51 PM 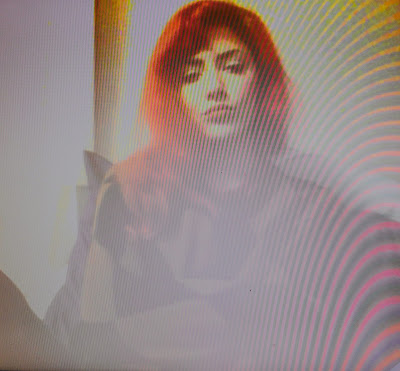 We proffered a track from last year’s effervescent debut EP by Los Angeles-based artist Femme Fantasm here. Somehow, however, we missed “Europa Sings the Blues” when it came out earlier this year. This gossamer-textured single manifests the same gift for melody evidenced by the earlier material. We hereby amend our oversight with fingers crossed for more releases from this project.