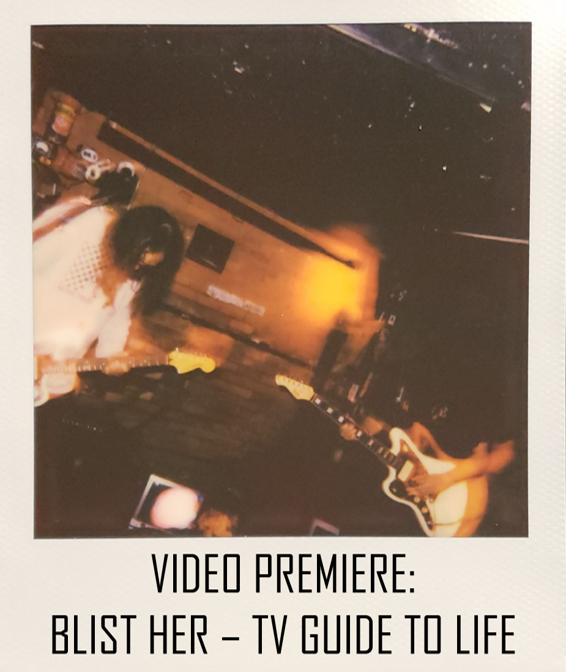 Iowa-based grunge gaze act Blist Her consists of songwriter, vocalist and guitarist, Brandon Boyd, along with Dakota Ruble, who contributes additional layers of guitar to their sound. The project appeared in early 2018 and has blazed its way to present day by deftly combining grunge and darker shoegaze elements with a visual aesthetic based on vintage elements like tube TVs and VHS tapes.

We’re excited to premiere the video for their newest single, “TV Guide to Life”, which is a pure and perfect representation of what their sound and image are all about. In the video, the duo delivers the heavy, woozy single while standing in front of a wall of glowing televisions. VHS static, dramatic angles, and an all-encompassing feeling of dread and detachment dominate the video. It was 100% directed and shot by the band on a zero-dollar budget, who are firm believers in DIY ethics.

According to project leader Brandon Boyd:

"The song is about my generation growing up sitting in front of the TV, watching Nickelodeon, and learning things from cartoons instead of our parents, who thought it would be easier for TV to raise us rather than themselves. That's why I think there's so much nostalgia for the 90s right now -- we wanna live in the world where we were happy just watching Rugrats and eating Lunchables."

Find Blist Her on:
Bandcamp
Facebook
Instagram
Posted by When The Sun Hits - All things shoegaze. at 1:48 PM

ALBUM REVIEW: Death and Vanilla | Are You a Dreamer? Reviewed by Elizabeth Klisiewicz 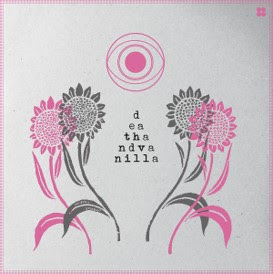 Death and Vanilla - Are You a Dreamer? (Fire Records)
Reviewed by Elizabeth Klisiewicz

I’ve long admired the vintage dream pop conjured up by Malmo, Sweden’s talented trio, Death and Vanilla. Marleen Nilsson, Magnus Bodin and Anders Hansson are ‘dreamers, antiquarians, and music obsessed individuals’ whose music is redolent with mystery and intrigue. The group has scored several soundtracks, a process which helped influence the dreamlike euphoria offered up by added mellotron and electric guitar. They expanded their sound with bass and drums and the resulting tunes are longer, lusher, and more spellbinding.


‘A Flaw in the Iris’ is the opening single, and has the hushed melancholy of previous endeavors, reminding one of Thievery Corporation and Air. Marleen’s lovely voice seamlessly winds through the musical tapestry that shrouds this tune. Cool and beautiful! “Let’s Never Leave Here” is deceptively soothing. As you take in its calming melody, the lyric makes your ears perk up: Come, and stay, magic is here Inside, wanna dissolve in time, Looking through glass Divine, let's never leave here. It’s the perfect lyrical analogy to the dreamy escape of the accompanying music. There are jewel-like facets studding this song, much like seeing the outrageous green shades of spring after the depressing drab of winter.

“Mercier” is equally gorgeous and church-like, emerging from a quiet, sacred place to immerse you in its dreamlike but energetic swirls. The group has a firmer hold on strong melodies that stay with you rather than slipping out of your grasp. It definitely has all the earmarks of a follow-up single. Really terrific work! “Eye Bath” is trip hop at its best, laced with a lysergic overlay. Marleen’s elegant, chilled out voice meshes perfectly with the main melodic line. The strength and experience of their soundtrack work is reflected here. I also like the slightly exotic percussion floating in the backdrop. “The Hum” burbles along pleasantly, a perfectly named song that easily captures a listener’s fancy. Marleen murmurs behind her main vocals, and the effect is mesmerizing.

“Nothing is Real” is the real show piece on an already amazing record. It captures all the strongest elements in Death and Vanilla’s music: the dreamy, haunting essence that pervades a typical listener’s experience, Marleen’s sultry vocals, pretty snatches of keyboard, and the long ago feel evoked by the vintage instruments put into play. Wonderful and stunning all around! “Vespertine” was an early favorite of mine, awash with a childlike quality, infusing you in a sonic daydream you never want to leave.


Finally, “Wallpaper Pattern” is a multihued masterpiece, the miniature soundtrack to a movie not yet made. In summary, Death and Vanilla have evolved into one of the strongest purveyors of vintage dream pop and Kosmische that has graced my ears in the past decade. Are You a Dreamer? Is absolutely essential listening for all lovers of great dream pop.
Posted by WTSHamber at 11:02 AM 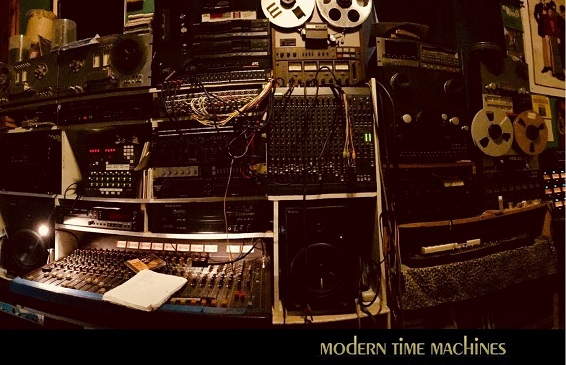 We decided to premiere both parts of the new two-track single from L.A.’s Modern Time Machines simultaneously. The two pieces, drawn from worthy vault material of about eighteen months' vintage, complement and complete each other so aptly—the sweep of arc between them offering a sense of the project’s total range and depth—that we couldn’t choose between them.

First comes a cover of 80s synth pop anthem “Voices Carry” by American band ‘Til Tuesday. The chorus—in both the original and this cover—is tuneful and catchy almost to the point of jubilation even though the lyrics recount having a dubious, repressive partner. Here Modern Times Machines preserve the song’s accessibility while thickening its textures according to dream pop sensibility.

The chord progressions that structure “515”, composed by the band's former guitarist Justin Bond, contribute to a tension that never climaxes or resolves, instead taking hold of listeners’ attention and sustaining itself steadily throughout, as if investing us in a suspenseful situation. Lovely textures and a feeling of flow contrast this tautness and emolliate it. As the song ends we want to hear another in the way we might if listening to a compelling EP or album.


We’re pleased to present this matched set; many thanks to guitarist, vocalist, and lyricist Ben Golomb for setting up this opportunity. The songs were tracked to tape in producer KC Staples’ Thousand Oaks, California garage studio and feature, in addition to Ben and Justin, bassist/vocalist Nadia-Terese Laguna Franks and drummer Neil Johnson. Both tracks are available for free on Bandcamp. 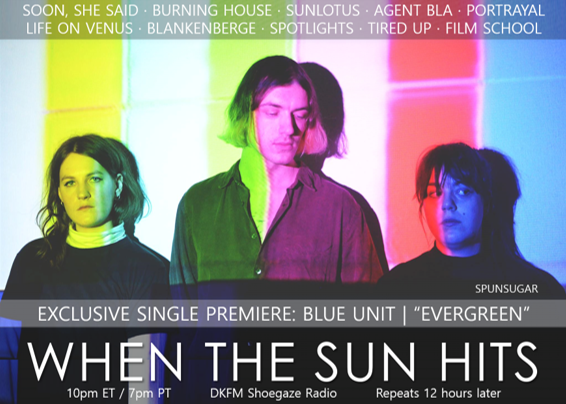 Stream it live 10p E/7pm P @ decayfm.com or via the app.
Stay tuned for Drowned in a Sea of Sound w/ DJ Krissy right after WTSH wraps!
Posted by WTSHamber at 7:48 PM