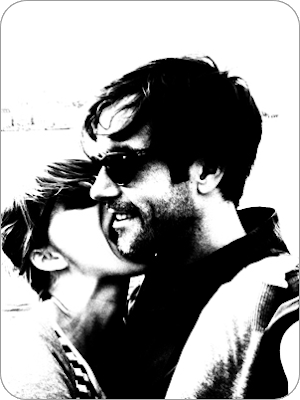 An Interview with John Fedowitz of Ceremony
by

I don’t remember the exact moment I first heard Ceremony. It was probably the great song “Marianne” from their Rocket Fire album, and it meshed so well with other psychedelic/shoegaze/dream pop bands (take your pick) I listened to that I quickly wanted to acquire their entire catalog. From the split EP they do with another excellent psych band, Screen Vinyl Image, to their compilation of earlier releases called Safranin Sounds, it’s hard to go wrong with this band if you get your musical jollies from bands like Joy Division or the Jesus and Mary Chain. Amazing that John Fedowitz (JF) does all this himself, as it turns out. Read on for all the details about what John is up to.

For those who aren’t familiar with you, tell us a bit about the early Skywave days to the present.
JF: Well, Skywave started with Paul Baker and Oliver Ackermann in like 1996 or whatever, then I joined the band the next year. We started playing like crazy at the end of the 90’s. It seemed like we played 20 shows a month. If it wasn’t that, it felt like it.
Then Ollie wanted to move up to NY. Paul didn’t want anything to do with the band by then, and I had kids and didn’t want to raise boys up there, so I stayed behind too. After a bit, I couldn’t take not playing shows and I had recorded almost two albums of songs, so I asked Paul if he wanted to play with me. We ended up recording 3 albums, and touring in Japan and all over Europe; what a great time!

It’s rumored you’re working on a new album. Is that the case?
JF: Yes, I’m finished recording with the new album “Distance”. It should be out on CD and vinyl by fall. It’s the first Ceremony album with live drums, I play most everything on the album. It’s kinda lo-fi the way it was recorded, I recorded it in my basement.

How will you be releasing it? Will it come out on Preston’s label?
JF: Yeah, it will be put out on a Texas label called Moon Sounds Records.

In 2010, when you were interviewed by When The Sun Hits, you were a duo. And recently, you had four members. How has that changed the dynamic in the group? Has it impacted how you write and produce songs?
JF: Yeah, we started with just Paul and I, then in 2011 for our first Euro tour we asked Ben Woods to play drums with us, and he was awesome. Then on our 2nd Euro tour we asked his friend Chris Carr to play bass with us, and Paul and I were both playing guitar as the front guys. After some time, everyone went their own way and now I’m performing live by myself. It’s kinda weird to be up there alone.

Has Ceremony been part of any of the Beautiful Noise fests or other shoegaze related festivals? If so, how does it feel to have so many people in the audience as compared to a club?
JF: Playing outside really sucks to me. I like that club sound, but it’s always cool to have that many people watching you.

Where is your biggest fan base? How about Europe, I imagine you’d go over well there.
JF: Yes! Europe has always been great to us! Playing in the USA is so hard, you don’t get paid well, and the club thinks they’re doing you a favor. In Europe, they feed you before the gig, and they have beds in the back stage most of the time with clean sheets, and coffee in the morning. But maybe that was my awesome manager Candy. Oh yeah, the fan base, I think we always do good on the East coast.

What informs your music the most: art, literature, or music?
JF: Mostly music. I’m super excited when my friend Steven comes into work with a new band for me to hear. I’m not the kind of person to look at blogs about music or YouTube all night long hoping to find just one song I love, but I love listening to music when I paint, and my girlfriend reads to me all the time. I love that, it’s so relaxing.

Beyond the obvious influences, what tickles your musical fancy?
JF: I love girl groups from the 60’s, and The Misfits and Sonic Youth, like “Sister”. Hmm, what else? Maybe old Johnny Cash, I guess, and I’m really into the last two Beach House records and Chad Van Gaalen‘s diaper island.

Any favorite shoegaze/dream pop bands you’d like to give a shout out to?
JF: I’m not into shoegaze music so much, it’s kinda boring. I want to hear a song. I think shoegaze was a great thing at one time, but now it’s all about delay and what pedals you have. I love crazy sounds and feedback, but there has to be a song.
Beyond the stereotypical shoegaze label, how would you describe your sound?
JF: Love songs.

Any chance your old Skywave material will ever see the light of day again?
JF: Sure! But we haven’t had the right label to ask us. Skywave never made any money with anything, it’s got to be a good deal.

How about touring outside your geographical area (Virginia). Any plans for that?
JF: Yeah, I’m playing this july with the bands Highspire and heading up the East coast and then going to England in August for the first time and playing with 93 Million Miles From the Sun, and after that I will play in Berlin. Maybe I’ll find some more shows after that.

Check up on John’s activities over on Facebook
Check out this vid from his upcoming album, Distance, out this fall
Posted by When The Sun Hits - All things shoegaze. at 8:29 PM