ALBUM REVIEW: Seasurfer | Under the Milky Way... Who Cares. 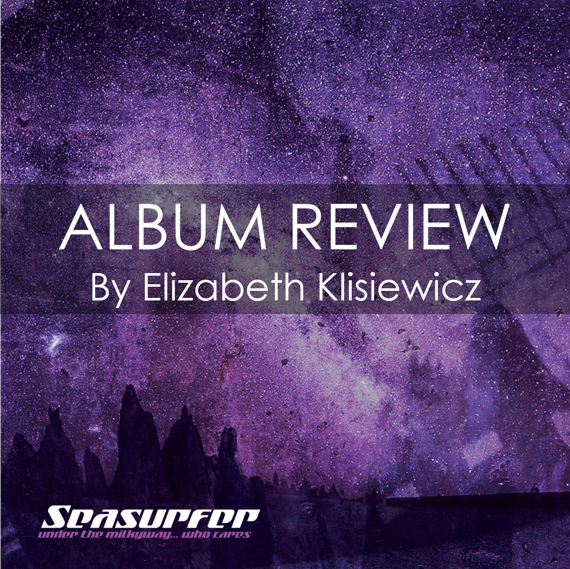 Germany’s Seasurfer is a band that has seen a lot of personnel changes. Most notable was the loss of original singer Dorian E, replaced by the sultry tones of Julia Beyer. Barely missing a beat, they have stomped forward and carved out their own space in a crowded shoegaze scene. More punk than other bands labelled as shoegazers, they also have a noise pop elements that will please headbangers. But deep in the heart of all their music is an upwelling of heavenly hooks and stunning soundscapes. Leader Dirk Knight wields a mean guitar, but only in the sense that he has the chops. His sense of the genres he straddles stylistically is wise and he makes the right choices in his use of effects. Bassist Volker Zacharias is all over the grooves on this record, with thick, rubbery bass lines that bounce inside your brain like a slingshot. And as for drums, I am not sure who is responsible for playing the parts here, but it all works well.
Lead in track “Tricolore” is bizarre, jarring, and noisy. Words in French tumble through and you wonder what it’s all about. Frenzied percussion wars with bass and fuzzed out guitar, and then it turns strangely quiet as it fades to a close. “Too Late For Goodbye” continues the fast moving pace, only with Julia stepping up to the mic and offering a pretty vocal. It’s like a silvery dream turned inside out, and it reveals the band’s love for noisier structures. Still, it hovers between dream pop and its noisier shoegaze cousin, without quite being either one.  “Falling” is glorious, dark shoegaze. It’s slightly over six minutes, and it’s still not long enough. It’s a dream that you want to last forever, and is possibly the best track here. “If You Leave” starts up with a lead synth line that knocks you off kilter, and it’s only eclipsed by Julia’s beautiful voice and Dirk’s glistening layers of guitar drenched with reverb. And wow, that guitar solo will launch you straight into orbit. Really cool work! “The Roads We Take” sounds like their older work, and that is by no means a criticism. It falls closer to the traditional constructs of shoegaze, something that always works for this band. It floats and soothes even while it shreds. Very nice!
“By The River” starts off with a Space Invaders-like sound and morphs into Julia emoting in French. No matter the intent of the lyrics, it’s more about the feeling it evokes in you. It’s a head rush of sound, one that never lets up over roughly four minutes. It truly demands a good set of headphones to appreciate the maze of sonics, which are fascinating and always beautiful. “Confusion” is punk with psychedelic inflections, and beneath the shimmering wave of sound is a massive hook. And boy, the bass work here is stellar. “Symetrie” could write the playbook on dream pop, it so perfectly defines the noisier side of that genre. Drums beat gently like a heartbeat over Julia’s sweet voice, and guitar is way back in the mix. Then at two minutes, the drums comes smashing through the mix and keep you transfixed to the song’s end. “Trust the Path Unseen” is another gorgeous tune, piled high with the shimmering haze of Dirk’s guitar and Julia’s darkly angelic vocals. The band dials it back a bit and reveals a soft, billowy center to this song. It ends a challenging yet wonderful suite of songs that should please all Seasurfer fans, and anyone else who wants to ride the sonic waves with this great band.