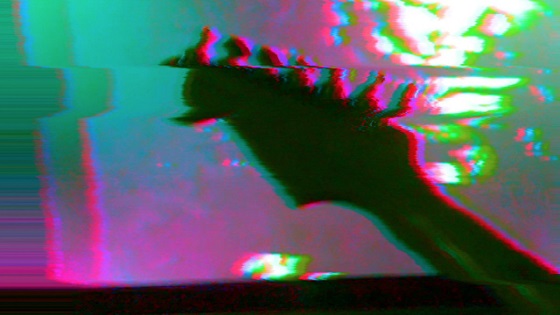 LLOLLYANNA is the rubric under which a thirtyish male in New York City—he chooses not to associate his given name with his project—puts out recordings. These tracks unleash what must be one of the sheerly biggest sounds ever to emerge from a one-person, self-recorded, home-studio context. If the phrase “epic bedroom pop” isn’t an oxymoron—or even if it is—it’s apt for the music of LLOLLYANNA.

LOLLYANNA’s brand new EP, Tarot Waltz (we premiered the lead track, “Goodbye Roby”, a short time ago) is a refreshing blast, five tracks and twenty-two minutes of a sound that somehow stays surprising even after repeated listens. Like earlier LLOLLY releases, but at an even higher level of realization, this EP demonstrates that re-envisioning catchy pop with building blocks of noise and extreme texture is still fertile territory for the emergence of distinctive voices that can yet jar our brains in their pans and put smiles of startled pleasure on our faces. The project joins a tradition perhaps first established by Brian Eno’s 1970s solo records, populated with songs as infectiously tuneful as they are weirdly surfaced and exuberantly clamorous. Summarily speaking, Tarot Waltz fuses classic pop melody with wrenched skronk in a way that feels innovative and fresh even after over forty years of experiments of this kind.

Many thanks to the shadowed but engaging figure behind LLOLLYANNA for this thoughtful and clearly articulated interview.


How did the project get started? How did the band name “LLOLLYANNA” come about?

In the beginning of 2017 I was turning twenty-nine and realized that I didn’t have anything to show for years of writing and recording music. I’d played in bands and stuff but nothing ever got released. I just wanted something that was my own. Something I could show friends and say, “this is the music I make, this is the kind of stuff I like.” If I could make one song I was really proud of, none of this will have been a waste. I re-recorded an old demo I had called “Aboveground” and put it online. I don’t know where the name LLOLLYANNA came from but for me it’s become more of a place than a band name. It’s just the place my mind goes when I’m lost in making this stuff.

Why do you choose not to connect your own name with LLOLLYANNA?
I like knowing that people listen because they want to and not because of the person or personality behind it. I’ve always enjoyed stuff like The Residents and how nobody knows who they are, even after forty years of music. Everybody knows everything about everyone these days and I think it sort of takes away from the art.

Do you have any plans to bring LLOLLYANNA into the live context?
There are no planned live shows at this point. If LLOLLYANNA gets to a place where it makes sense to put shows together, then of course I will. But for now, I’m only focused on the recordings.

It was your exceptionally creative December 2018 single “Down by Design”— surely one of our favorite tracks from last year—that first grabbed our attention. Is there any backstory to that track or anything about the process of its creation that you’d like to share?
That song was a bit of a struggle because it’s got a lot of guitars (both acoustic and electric) moving in and out of tune. I started demoing last summer and spent most of the fall trying to get everything to work together. I must’ve recorded five versions before settling on one that I liked.

Can you tell us a little about your song writing process?
Sure. My family lives in a really remote part of Delaware outside of Dover and I like to write when I’m there visiting. Their house is like 200 years old and surrounded by farmland and cemeteries. There is an odd atmosphere that is hard to explain. It’s a bit eerie I guess. Most LLOLLYANNA songs are born there.

What do you think of modern shoegaze/dream pop/psychedelia artists, any favorites?
To me shoegaze just means creative guitar music. Some playground to explore all the possibilities of what a guitar could sound like. Unfortunately, I think a lot of bands are content with just sounding like Kevin Shields. His records are there to inspire you to make your own thing, not to remake his. That being said, I have heard a few things recently that really blew me away. Votaries put out an album called Psychometry awhile back and that’s the best record I’ve heard in a long time.

What artists (musicians or otherwise) have most influenced your work?
There are just too many to list. I can give you a few albums I was really into at different points of my life. Return to Cookie Mountain by TV on the Radio, Double Nickels by The Minutemen, Frisbee by Heavy Vegetable, the self-titled album by Major Organ and the Adding Machine. Those are a few off the top of my head.

What is the most important piece of gear for your sound? Any particular guitars/amps/pedals that you prefer? 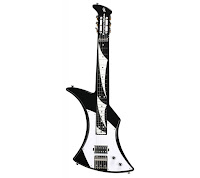 I have a lot of guitars but I prefer to play Stratocasters. I use an American Strat for standard tuning and a vintage Stratocaster knock-off called a Johnson for an alternate tuning I sometimes use that I call “llolly tuning” (DADF#F#A).Occasionally I’ll use this weird lap steel guitar made by Peavey called a PowerSlide.

What is your process for recording your music? What gear and/or software do you use? What would you recommend for others?
Everything’s demo’d first on a four track cassette machine. I figure if it works on there, it has a better chance of working in the end. Final recordings are done on Reaper. I like to use shotgun mics for vocals because the city is noisy and they reject a lot of noise. For guitar I use lots of amp modeling software. As far as effects go, I’ve been really into the u-he Colour Copy delay—that’s all over “Down by Design.” I like a lot of the Acustica Audio stuff too.

How did you produce the rich, lush lead sound that kicks in twelve seconds into “Down by Design”?

That might be a little hard to explain but I’ll try. It’s a combination of things. Lots of distortion on a guitar with its tone knobs turned all the way down. That’s going into a wah that’s also turned all the way down so that it’s muffling the distortion. It sort of makes it sound like a keyboard inside a glass tube. Once the wah gets lifted, all that guitar growl comes bursting out through the side. So basically I ride the wah to make this keyboard type sound morph into a heavy guitar sound as I play. It’s all guitar though.

How do you feel about the state of the music industry today? There is no doubt a massive change underway. How do you see it and do you feel it’s positive at all?
I think maybe the people complaining about today’s music industry are the people who came from the old music industry. They remember a time when you could produce one record for a band and sit back raking in royalties for the rest of your life I guess. Those days are gone and those dudes are fucking pissed. Artists don’t need anyone to record them or sell their records if they don’t want to. They contact fans directly if they have a show or something new out. It’s an awesome time to be a band. I hope to god there isn’t a music industry sometime in the near future.

Do you prefer vinyl, CD, cassette tape or MP3 format when listening to music?
I don’t care. Good songs are still good songs on any format.

If you had to choose one track that was the ultimate definition of your sound, which would it be and why?
I was really happy with the way “Broken Wand Ritual” turned out. Its ending was inspired by the Shangri Las and it's one of the songs my friends like the most. 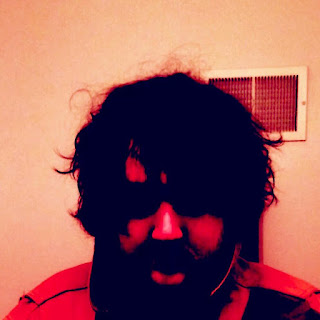