Shoegaze - The Scene That Celebrates Itself; A Brief History Lesson.

"Shoegaze? What exactly is that, anyway?" is a question heard too often. Worse still, it's a difficult question to answer! Genre definitions are never fun to do within the realm of art, but in the interest of posterity and to better understand everything this blog will be about, we think a brief and painless history lesson is in order.

Let's start with the basics. Shoegaze is a genre of rock music born in the late 1980's in the UK, and heavily features the use of guitar effects pedals, feedback, distortion, drone and atmospheric soundscapes. This "wall of sound" approach soon caught on with a handful of bands, and a scene of like-minded musicians was born. The word "shoegaze" was coined when it was noticed that the musicians, when playing live, tended to keep their backs turned and their eyes firmly on the ground, both in keeping with the mood of the music and to concentrate on manipulating guitar pedals and gear on the floor. Listeners soon came to call the musicians "shoegazers", and later the term came to mean anyone creating or listening to shoegaze music. Or, as we lovingly like to call them, 'gazers.

The shoegaze movement was also briefly called "The Scene That Celebrates Itself" because of the close-knit relationships between the shoegaze bands of the time. Rather than be rivals, shoegazers were often seen at one another's shows, played in one another's bands, and pub-crawled and hung out together.

Pinpointing the exact moment shoegaze was born is difficult to do, but it's safe to say that once The Jesus and Mary Chain released their first single in November of 1984, a 7 inch on Creation Records called "Upside Down", the seeds of shoegaze were firmly sown. The Jesus and Mary Chain defined the early sound of shoegaze with their noisy, feedback-laden songs, and influenced countless bands then and today. Creation Records, in turn, would become a major player in the early days of shoegaze, later releasing classic gazer records by bands such as Ride, Slowdive, and My Bloody Valentine, to name a few. 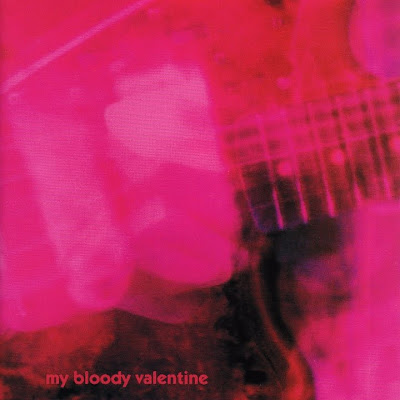 The apex of the first wave of shoegaze is generally considered to have occurred in November of 1991, with the release of My Bloody Valentine's Loveless. Meticulously crafted (Kevin Shields used nineteen different recording studios and nearly bankrupted Creation Records) and unapologetically loud, My Bloody Valentine crafted what many consider to this day to be a record of genius proportions, and the absolute crowning jewel of the shoegaze movement. legendary stuff. By 1994, however, the love for the shoegaze sound had waned. Grunge music and Brit pop had taken over the charts, and the scene that celebrated itself died quietly away. Or so it appeared. In reality, the roots of shoegaze lived on, splintering into other subgenres, influencing the evolution of drone music, noise, and even electronic music. Today, shoegaze lives on through hybrids of these genres, and a lot of contemporary shoegaze is a glorious melting pot of all of these sounds.

In recent years, shoegaze and dream pop music has been enjoying a renewed interest and gaining new fans all over the world. Current bands like The Depreciation Guild, Highspire, The Pains of Being Pure at Heart, a place to bury strangers, Ceremony, Mahogany, Astrobrite, and many (many) more are keeping shoegaze alive, building on the classic sound and adding fresh perspectives and spins on it. Shoegaze/dream pop is now a vibrant scene, filled with talented musicians creating beautiful noise. When The Sun Hits wants to perpetuate this amazing scene by exposing these stellar artists to you, by interviewing them and playing their music for you, reviewing their albums, reviewing and featuring shoegaze gear, and just generally keeping gazer love alive and well.
Posted by When The Sun Hits - All things shoegaze. at 5:27 PM