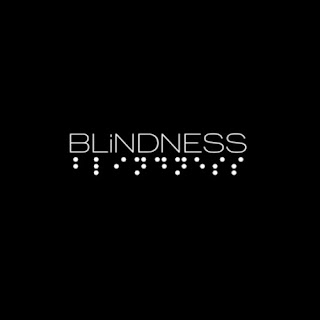 LISTEN TO /STREAM THE EP VIA SOUNDCLOUD:


Following their acclaimed début single 'Glamourama' which garnered high praise from the likes of BBC 6 music and Amazing Radio, London four piece Blindness unleash a fabulous new three track EP  'Last One Dies' on 18th March.  Widely regarded as one of the most thrilling outfits currently performing on the capital's gig circuit, this release captures the power and intensity of their live performances.  It combines the bands trademark swaggering visceral shoegaze guitar squall with edgy electronica and driving beats overlaid by the enticing dark sensual tones of singer Beth Rettig.  The entire EP will be available on a recession busting "pay what you like" basis (including nothing!) via their Bandcamp  page which will be live on March 18th.

For those who require something a little more physical, fear not as lead track 'Last One Dies' is also scheduled to be released as a split single alongside  'Flashbulb' by the fantastic A*Star from  Boxing Clever Records.

Biography:
Blindness are creating a real buzz on the UK live music scene at the moment – and not just via their fizzing, overloaded amps either.  A string of giddily anarchic and wildly received shows has earned them a fervent fanbase and the approaches of indie tastemakers AC30 – who released their first single ‘Glamourama’. 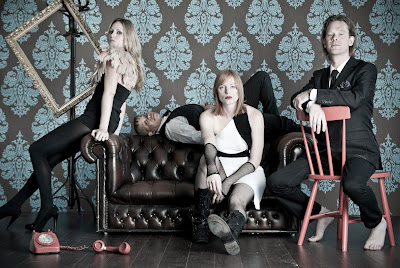 Posted by When The Sun Hits - All things shoegaze. at 9:37 AM