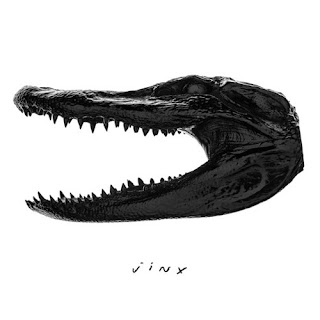 If one scours recent interviews with Shaun Durkan and his cohorts, one will notice a fairly consistent theme: the men in Weekend have frequently stressed the importance of bringing vocals to the forefront in their new album, Jinx. To an extent, they have succeeded. There’s a new found sense of space in what Weekend is doing, and Durkan’s delivery is more melodic, more polished, and more emotive. There’s a more plaintive and pleading spirit that has begun to shine through, both in terms of how things are being sung and in regards to the actual lyrical content; there’s a bit of a bruise that hides under the sheen, perhaps one that wasn’t as visible when Durkan was obscured by monolithic distortion.

However, the new found breathing room does occasionally turn on Durkan on moments when it becomes apparent that more could have been done vocally. It’s not a constant problem on Jinx, but one of the standout tracks actually begs for just a bit more of a push. On the blistering “Adelaide”, it is hard not to hear room for a call-and-response moment in the choruses; the delay on the vocals almost creates that effect, and there are actually backing vocals hidden in the din, but this proves more of a frustrating tease than a full realization of what could have been. The problem is more a fumble in production than in songwriting, however.

Songwriting on the whole of Jinx has to be commended all the same, especially as it applies to what Weekend has been previously. The version of Weekend presented here actually sounds the most like a band that knows exactly who and what they are, a band quite comfortable in their own skin. There is still plenty of room for development and evolution within this framework, but it’s solid and feels unique enough to not appear derivative in the slightest. If their goal was to escape merely being known for being loud, the gentlemen have surely succeeded. The power of the quiet is perhaps most evident on “Sirens”, whose slow and steady burn is anchored by motorik-inflected drumming; it’s classic post-punk with just enough of something unique.

The characteristic roar hasn’t entirely vanished, but it is tempered, entirely for the better. The two disparate halves presented between Sports and the Red EP that preceded Jinx have been unified now. Snarling guitars still growl and seethe, but they do so beside a new sonic palette that more readily appreciates a wealth of textures, instead of just one. Those who may have been waiting to see Weekend bloom into their full potential should not be disappointed with where they’ve arrived.

Buy It Because:
Jinx presents a varied range of moods, tones, and textures without feeling scattershot or disorganized. Available for purchase via Slumberland Records.

Additional Note: The vinyl version of the album contains the bonus track “Siobhan.”

Posted by When The Sun Hits - All things shoegaze. at 5:33 PM