Bandcamp Track of the Day: Presents for Sally || An Arms Reach Away. 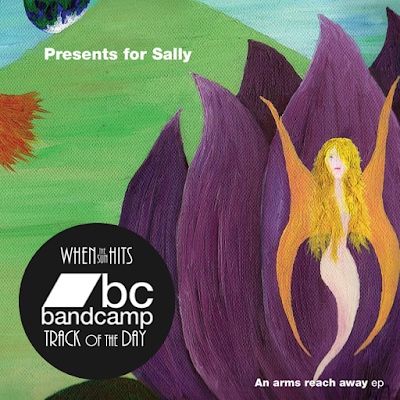 “An Arms Reach Away” is the opening track from the forthcoming split album by Presents For Sally and 93millionmilesfromthesun. The announcement of a duel effort by the bands has been received with much excitement, as both have been staples for years and are much beloved by the shoegaze community – they are great talents who’ve consistently released quality material from day 1. Each band contributes 4 new songs to the split, which will be released as limited edition and on colored vinyl (yellow and pink!) by Wrong Way Records on February 26. In the meantime you can stream one song from each band, the below being Presents For Sally’s offering, and you can check out 93millionmilesfromthesun’s contribution, “Edge of Nowhere”, here. Pre-orders are now being taken here.

Posted by When The Sun Hits - All things shoegaze. at 6:10 PM