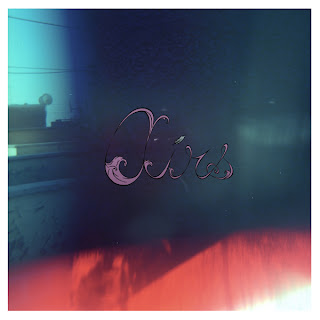 On Airs's first release, the 2010 EP Joyless, the San Francisco-based duo showed us a world of sound far different from their previous black metal instrumentals. In just five tracks, from the the poppy shoegaze of “Joyless” to the blissed-out metal of “Ende der Ewigkeit kommt in der Nacht,” Joyless threw us into a storm of emotions. We were tossed between introspective sensitivity and roaring aggression, hushed beauty and staggering power. But as the group further explored this affinity for juxtaposition on their debut full-length, Rainclouds Over the Remains of Hope, the reasoning behind this stern aesthetic choice became much more clear. We saw how the often dizzying shift between genres is not meant to confuse; in fact, it's meant to do the exact opposite. Airs's motive is merely to elucidate the emotions spurred by different styles of music, to illuminate their own peculiar beauties through stark contrast.

Listening to their new double-album, Gloomlights, Airs's chosen mediums to convey this message – pop and black metal – are stronger than ever. What we encounter on eighteen tracks clocking up to nearly two-hours is an evolution of the formula calculated on Joyless. The album opens with the epic track, “Harvest Moon,” that in nine minutes splices through the tones and tonalities of post-rock, shoegaze, and black metal. Layers of guitars lead the song into a territory of calming beauty until spectral singing and effect-laden guitars build up a wall of feedback, ushering in an interlude of pummeling drums and rapid riffs so loud it gives you a headache.

On the rest of the album the band shows no shame in embracing their influences. Listen to “Scott Pilgrim vs. You,”and the deafening feedback, grunge-like chords, and scratchy vocals sound like the sonic child of Dinosaur Jr. and Pains of Being Pure at Heart. Listen to “Hollow,” and the catchy riffs, processed drums, and hallucinatory fuzzed-out synths scream early Depeche Mode. But if synth pop and alternative rock doesn't satisfy your pop craving, listen to “Knee In the Dead”'s early Jesus & Mary Chain-like noisy, foot-stomping melodies and you'll be guaranteed satisfaction.

The second half of Gloomlights, however, abandons Airs's leanings for nostalgic pop. Most of the tracks are of a similar vein to “Harvest Moon” – epic songs built upon Alcest-like classical arrangements and waves of feedback. “Ghost” takes us into a wonderland of metronomic drums, blurring reverb, and simple guitar phrases ebbing through the noise. “Velvet” opens with slow doom metal chords that break into arguably the album's most powerful chorus yet. Its hypnotic guitars and shuffling beats underpin Aaron's whispered vocals that, despite spurring our lyrics like “The can destroy us/ Then can eat us alive,” still radiate beauty from every pore.

Gloomlights has many flaws. It adds few new sounds to Airs's repertoire, and too often its tracks come off as only hyper-loaded genre deconstructions. But despite such shortcomings, there's still something oddly intriguing about Airs's new album. Its tactic of moving through half-sequenced movements in each song creates an uncommon alertness, a slight sense of disorientation as if wandering through someone else's dream. We listeners feel as if we're gaining access to a world that is secret and unique to the songwriters –an intimate setting where even though the trials and tribulations of suffering linger, beauty is the true running force behind it all.

Posted by When The Sun Hits - All things shoegaze. at 4:23 PM