Captured Tracks to Launch Shoegaze Archives Next Month with Releases from Should and deardarkhead.

Captured Tracks is one of our very favorite record labels - home to acts such as Wild Nothing and Beach Fossils - and just when we thought they couldn't possibly get any cooler, we received the press release for their launch of Shoegaze Archives. Shoegaze Archives will focus on re-releasing some of the hidden classic gems in the history of shoegaze, giving exposure to bands with underground cult followings whose original albums are impossible-to-find rarities. Any of you who've searched desperately in dusty record shops for classic shoegaze records knows how frustrating this can be - we're bloody THRILLED about this, and you should be, too! Not only that, but many of these releases will feature previously unreleased and special material, making them ultimate collector's items. WIN!

Shoegaze Archives will kick off with the release of Should's incredible album, A Folding Sieve, and the excellent deardarkhead's Oceanside: 1991-1993. Both of these are top notch, and we cannot wait to see what Shoegaze Archives has in store.

Here is a bit more detail about the first SA releases, both out Nov. 29th via Captured Tracks. Neither of these have previously been released on vinyl (all releases available in vinyl, cassette and extended CD formats): 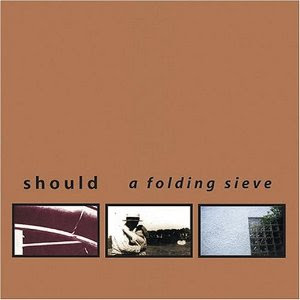 SHOULD - A FOLDING SIEVE

Should’s shoegaze classic A Folding Sieve was originally released in 1995 under the name shiFt by the Austin-based record label N D. Words on Music re-released the album in 2002 with double the number of tracks as the original album. These new songs included covers of the Jean Paul Sartre Experience song “Own Two Feet” and the 18th Dye song “Merger”, as well as unreleased songs recorded between 1995 and 1996. The Captured Tracks LP release of A Folding Sieve will include the original release’s tracks as well as “Faded” and “Own Two Feet”. The CD will include previously unreleased material. 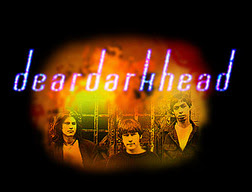 deardarkhead takes its name from an anonymously written Irish poem of the 18th century "Cean Dubh Dilis", about a beautiful girl with black hair. They formed in 1988 on the banks of New Jersey. Over the years DDH has played with the likes of The Lilys, The Psychedelic Furs and Supergrass. This release, Oceanside: 1991-1993, will have something new for loyal fans as well as new ears. Their sound is a blend of post-punk guitar experimentalism as well as a heavy atmospheric dreampop aura.
Posted by When The Sun Hits - All things shoegaze. at 4:12 PM