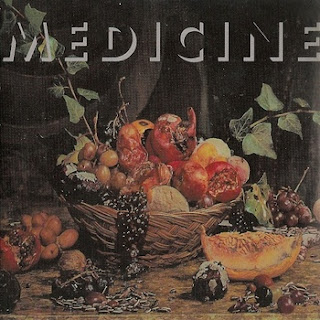 Brad Laner of Medicine recently released a compilation via bandcamp called Remains 1992-1995, which is comprised of, in his words, fifteen "non-LP and unreleased tracks, all of which are taken from my personal mastering reference copies. That means these are 'in phase' and sound far superior to the original Creation singles which somehow got reversed in the pressing stage. Oh, the price of coolness."