Cross-posted from This Is That Song blog: Never Go Away by Drowner. 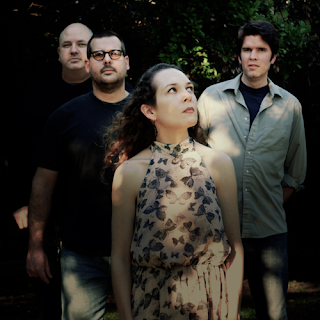 Cross-posted from This is That Song blog:
"Never Go Away" by Drowner.

If you only listen to one song today, make it “Never Go Away” by Drowner (2012, from the Drowner EP).

Drowner is a dream-pop/post-rock/shoegaze quartet from Houston. They’ve been around for only a couple of years, and they’re one of the emerging bands on the shoegaze and dream-pop label Saint Marie Records.

Although this song didn’t specifically come from the mailbag, my introduction to that Fort Worth, Texas-based label was because of a mailbag submission a couple of weeks ago. Since then, I’ve been loopy for that label and its amazing roster of bands.

It all started in about 2008, when guitarist Darren Emmanuel was trying out some new sounds in an effort to launch a side project from his other bands. He was in a dance-y electronic band called Swimming In, and a jazzy, trip-hoppy band called Apples To Earth. I’ve never heard either of those bands, and my description of them is based entirely on what I’ve read. Emmanuel wanted to do something that accentuated his growing fascination with the shoegaze revival of the late aughts, and that project eventually became Drowner. He brought in a full band, including his longtime friend Anna Bouchard on vocals…

Posted by When The Sun Hits - All things shoegaze. at 1:31 PM