Reinventing the Album:
Keeping Releases Relevant in the 21st Century
Partially Cross Posted from Trust Me I'm a Scientist

"These days when listeners do buy music, it’s predominantly in the form of ones and zeros on a hard drive or a broadband stream. It was just this past year that paid digital downloads finally surpassed CDs as the most popular consumer format, but to put it that way only tells part of the story."


"If you poll young people today, you’re likely to find that most of them do their music listening through streaming services, and have been doing so for some time now.

Today, streaming is far bigger than piracy, and despite newfound variety in this field, there’s still one streaming service that dominates. It’s not Pandora or Spotify (the latter of which, for all its promise and hype, has a smaller market-share than MySpace.) It’s YouTube. At 1 billion users, it’s second only to Facebook, however slightly. And it’s bigger than MTV ever was..." 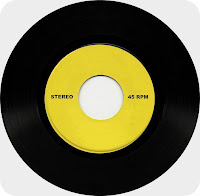