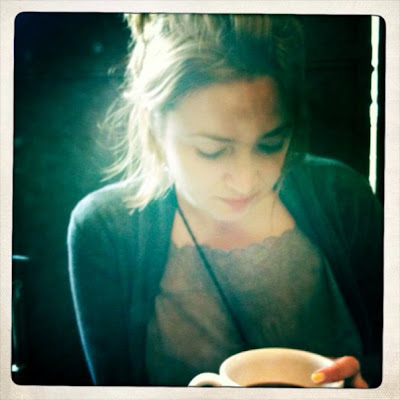 When The Sun Hits Interviews
broaddaylight


After a handful of shows the band started receiving airplay around the world and gained a cult following. Wanting to take their sound in a more electronic direction, they started work on their album Stars Out (2010) which was left unfinished for sometime while James and Sarah Eakins moved south to Orange County, California and Guitarist Henry Bennett moved to Texas.

The trio reunited in late 2011 to finish and release their second independent album, stars out, and at the end of the year began work on their next album. On this new album, the band reunites with Robin Guthrie, who mastered their first two releases. After the band opened for Robin in 2005 on his Lumière Tour, the four formed a relationship that can be heard and felt throughout their style and sound.

broaddaylight followed up their first two self-released EP’s, The Bell Jar and Stars Out, with Anniversaries: Reunions (April 2013) mastered by Robin Guthrie and available via Saint Marie Records.

How and when was the band formed?
James: Sarah and I were living in a small studio apartment crammed with recording gear next door to Henry in Koreatown, California.  We would hear each other playing music through the walls and knew we were all on the same wavelength, one day we finally chatted in the hall, that one conversation led to an all-night jamming session fueled by vodka and Red Bull.

From that first time playing together we all knew this was something very special and that we had all finally found the extra piece we were missing when it came to our sounds.

Can you tell us what the band has been working on and what you've got forthcoming in the near future (new releases, tour, etc.)?
James: We are currently in writing and discovery mode, we have developed a system where in between albums Sarah and I go one way and Henry goes another, we then meet back together after a period of time with all our ideas and start sketching out songs, working this way always seems to bring a fresh experience to the process, as since we live so far apart from each other and have such different experiences, when we all reconnect and start up we have such different stories and styles to share with each other. It’s like 3 best friends coming back from summer camp with a million discoveries and stories.
Regarding touring we will hopefully be doing some shows at the end of the year - but then again we always say that we have received such great feedback and so many emails from people all over it would really be great to get out and connect with them all, and we would really love to perform this album live (as well as some new tracks we are currently working on).

Do you consider your music to be part of the current shoegaze/dream pop scene, or any scene? Defining one's sound by genre can be tiresome, but do you feel that the band identifies closely with any genre? How do you feel about genres in music, in a general sense?
James: Genres are great for discovery and bringing people together. We have met so many artists/friends from being associated with the shoegaze dreampop scene and of course those bands are huge influences on us and you can hear those influences as well as others in our sound. But at the end of the day it’s other people and time that classify you, as they will and there’s not much you can say about it. To us we’re broaddaylight, and what exactly that means is as fluid as we are.

What do you think of modern shoegaze/dream pop/psychedelia artists, any favorites?
Henry: Modern shoegaze/psychedelia is vibrant and inspiring. My favorites are m83, Astrobrite, Ringo Deathstarr, Panda Riot, and A Sunny Day in Glasgow.
James: Sites like WTSH and labels like saint Marie are giving the scene more and more exposure, finding bands now is so much easier than waiting for that new copy of nme or some other obscure magazine to show up at your local bookstore.  We’re lucky enough to have a great shoegaze club in Los Angeles (Violaine) to find great bands as well.

My recent favorites - Robin Guthrie’s’ “Fortune” is amazing, his work is incredible and the son of a bitch just keeps getting better, every album of his just makes a jump to a higher and higher spot.  Just discovered Picnic, and of course there is Sway, I think Andy is fucking brilliant.

Sarah: I’m deeply connected to voices and imagery. I love Bat for Lashes and Blonde Redhead for those reasons. There’s a Facebook group called Ethereal Girls created by Anna Bouchard (of Drowner) and through that I’ve found some great bands like Plum (there’s something in the Scottish water). 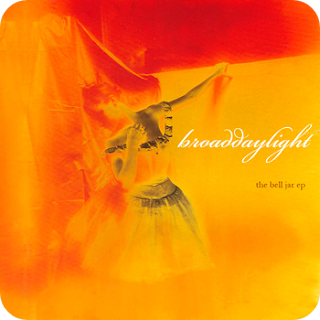 What is the most important piece of gear for your sound? Any particular guitars/pedals/amps that you prefer?
Henry: My guitar. I prefer Fender or Epiphone guitars, vox amps, and electro-harmonix pedals.
James: I swear by line 6 pedal boards, my fav guitars include my Schecter Robert Smith signature beast/my Variax, a friend recently left an Eastwood guitar over at my place, whenever he takes it back I’m going to have to get one as I’ve fallen for it. For synths my Roland Fantom is my main, though I still love bringing out my old Korg N1 here and there for random sounds. And I cannot live without my MacBook Pro and Presonus.
Sarah: I’ve been using Shure’s SM57/SM55 microphones, and my trusty TC Helicon vocal processor for years. But recently, I started using Blue’s baby bottle. I can't wait to record with it - so powerful, sparkling and magical.

What is your process for recording your music? What gear and/or software do you use? What would you recommend for others?
James: I’m almost always recording, there is no real sort of separation between writing and recording which I think is becoming more and more common compared to the old days of writing and then heading to “the proper” studio to lay down tracks.

Hardware: we run everything though our presonus studio live into the mac, those 2 things are the main staples in the studio. When it comes to hardware software recommendations I say whatever works for you is the best, I’ve recorded on everything from old Tascam 4 tracks to windows sound recorder to pro tools and have loved the results on all of them, it’s really whatever you feel comfortable with, finding your own thing and your own workflow is all part of the fun 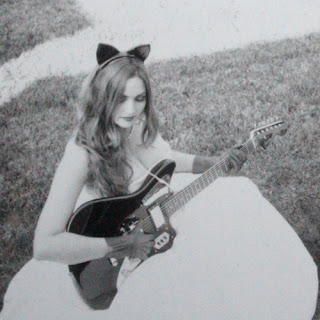 How do you feel about the state of the music industry today? There is no doubt a massive change underway; how do you see it and do you feel it’s positive at all?
Henry: I feel that it's positive in the sense that musicians have more opportunity to be heard nowadays through the internet. Musical tastes have become more nuanced and sophisticated because music listeners are exposed to more bands.
James: It’s another cycle of an always changing industry, I tend to be an optimist.

When it comes to label releases versus DIY/bandcamp and the like, what is your stance, if any?
James: Being on a label helps your reach tremendously, and we are lucky to be on one that gives its artists such freedom. We started out as a DIY/us against the world band and have no regrets about bringing someone into our corner; from my first talk with Wyatt, I knew Saint Marie was the place for us.

Do you prefer vinyl, CD, cassette tape or mp3 format when listening to music? Do you have any strong feelings toward any of them?
Henry: I prefer digital formats, like mp3 or flac, but I have no strong feelings toward any other formats. They all have their own positive qualities.
James: I’m a huge digital fan, there is nothing like carrying around 10k songs in ur pocket, but I also love the intimacy involved with vinyl, the purposefulness that goes along with it. Each format, all shapes and sizes have their place.

What artists (musicians or otherwise) have most influenced your work?
Henry: Brian Eno, Robert Smith, Robin Guthrie, Richard D. James, Billy Corgan, Nick Drake, Harold Budd, Kevin Shields, and Brian Wilson.
James: Robin Guthrie, Robert Smith, Brian Eno, Roger O’Donnell, Phil Spector, Alan wilder, Ryan lum, Bernard Sumner, and John Williams.
Sarah:  As a kid I was really influenced by my father's music choices like Fleetwood Mac, and The Pretenders. Then he brought home a Kate Bush record - quite by accident - and it became a household favorite! We bought more and more of her albums, and I remember being astounded by her vocal prowess. From there was strongly drawn to music with that sort of raw intimacy. I fell in love with Tori Amos, got wrapped up in the beat driven vocals of Portishead, and was blown away by the inimitable Lisa Gerrard. She is a freaking superhero. Seriously. I saw her live recently, and she was rocking a cape - I wouldn’t have been surprised if she’d flown out over the audience!

Can you tell us a little about what you are currently into (books, films, art, bands, etc.)?
James: I was obsessed with Cloud Atlas this year (the book and film). Still haven’t seen “Before Midnight” but am a huge fan of the series, just started Al Jourgensen’s autobiography and am looking forward to reading both “Facing the Other Way” and a “Scene Between”. Recently watched the BBC documentary on Vivan Maier, which was excellent and I highly recommend seeing it and looking her up photos, she’s fascinating and her photographs are amazing. There’s a documentary on the last years of Polaroid called “Time Zero” coming out, as well, that I’m excited about.
Sarah: Cloud Atlas and 1Q84 are recent books I absolutely loved. Tomb Raider, Game of Thrones (books and show), and James Tyrell’s light installations. I’m obsessed with all media, so whichever movie, artwork, show, book, video game that I’m consuming at the moment are the bees knees.
Henry: Film - Jandek on Corwood. Book – Freakonomics.

If you had to choose one track that was the ultimate definition of your sound, which would it be and why?
James: If you asked me tomorrow it would change, today though I’ll say “Reunions”.
Henry: “Interlude”.

What is your philosophy (on life), if any, that you live by?
James: Surround yourself with art, find love. The rest is noise.
Henry: Love with all your heart and create something every day.
Sarah: Red lips are always in. 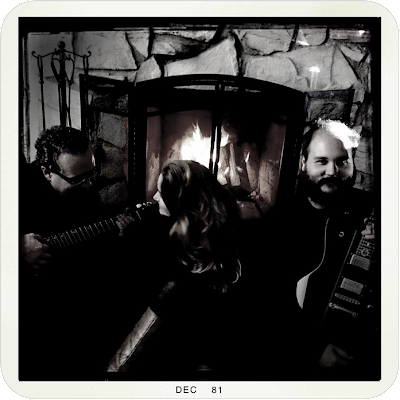