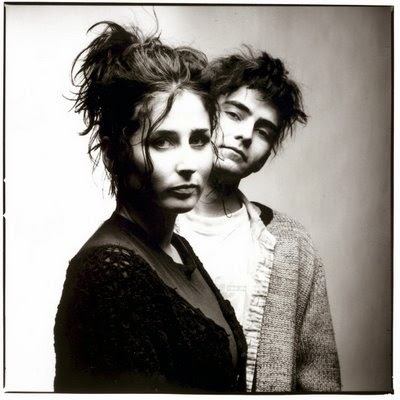 How and when did you get into music?  When I was 12 years old I went to a summer camp for learning Irish and met some older boys who were Bowie and Iggy Pop fans and that was it. I was familiar with some American bands such as the Ramones and Blondie through an American friend who came to live Dublin. At secondary school I liked New Wave such as John Foxx, Gary Numan and eventually that led on to alternative bands such as Echo and the Bunnymen and The Cure. Records in Ireland were all on import and were very expensive; still, that's what I spent my money on.

Who are your influences? All of the above really! The Cocteau Twins are my favourite band overall but I also like noise, psychedelia and weirdness.

When did Swallow begin?  In 1991, we’d been together three months when we signed to 4AD.

Swallow's first record was released on 4AD, who at the time was putting out records by Throwing Muses, Lush, Mojave 3, The Cocteau Twins and The Pixies. How was your experience with 4AD? At first it was very exciting, they were my favourite label, and Ivo Watts Russell was certainly very enthusiastic about Swallow. We recorded the album where the Cocteau Twins did Treasure, but we hadn't quite finished writing the songs and naively thought some spontaneous creativity would happen in the studio. During the recording I felt the production took over and I lost the connection I had with the music. Being a non-musician, I couldn’t identify what was wrong; it was very frustrating, so hardly surprising my performance wasn’t great. Ivo was obviously disappointed; he was very critical of me and clearly favoured Mike, even suggesting that he would be better off with another singer. To release a record that everyone felt wasn’t as good as it should have been was unpleasant to say the least. 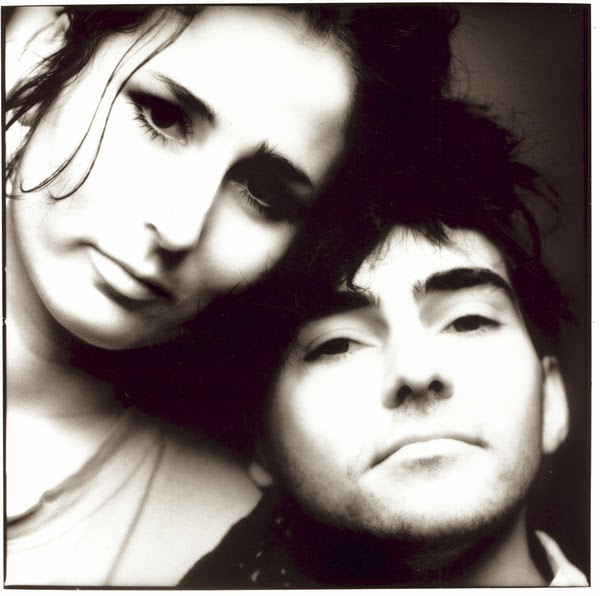 Did you feel an association with that label's sound or any scene at the time?
I liked the ethereal side of 4AD such as Dead Can Dance, This Mortal Coil and of course the Cocteau Twins, but also bands like Dif Juz and Ultra Vivid Scene. However, we always felt very inferior to most of the bands on 4AD. Shoegaze was a very supportive scene and we went to each other’s gigs, so yes, we did feel part of it.

After 4AD the band moved to Rough Trade records and released an EP, toured with Mazzy Star, then split up after the label lost funding in the middle of recording your second album. What was different about your time on Rough Trade?  Mazzy Star were big Swallow fans much to our surprise, they told Geoff Travis to sign us. He was sympathetic and very generously financed a home studio and just let us get on with it. Therefore Rough Trade were supportive in allowing us to work in a comfortable environment, and allowed us to develop without interfering.

How was the tour with Mazzy Star?  It was a huge honour to be asked to tour with them, even though we had only ever done a handful of gigs. By then we had recruited Curve's live drummer and guitarist who helped enormously, but we were trying to recreate a studio sound live so that was difficult. The JAMC and My Bloody Valentine used to come to gigs, which was quite intimidating! 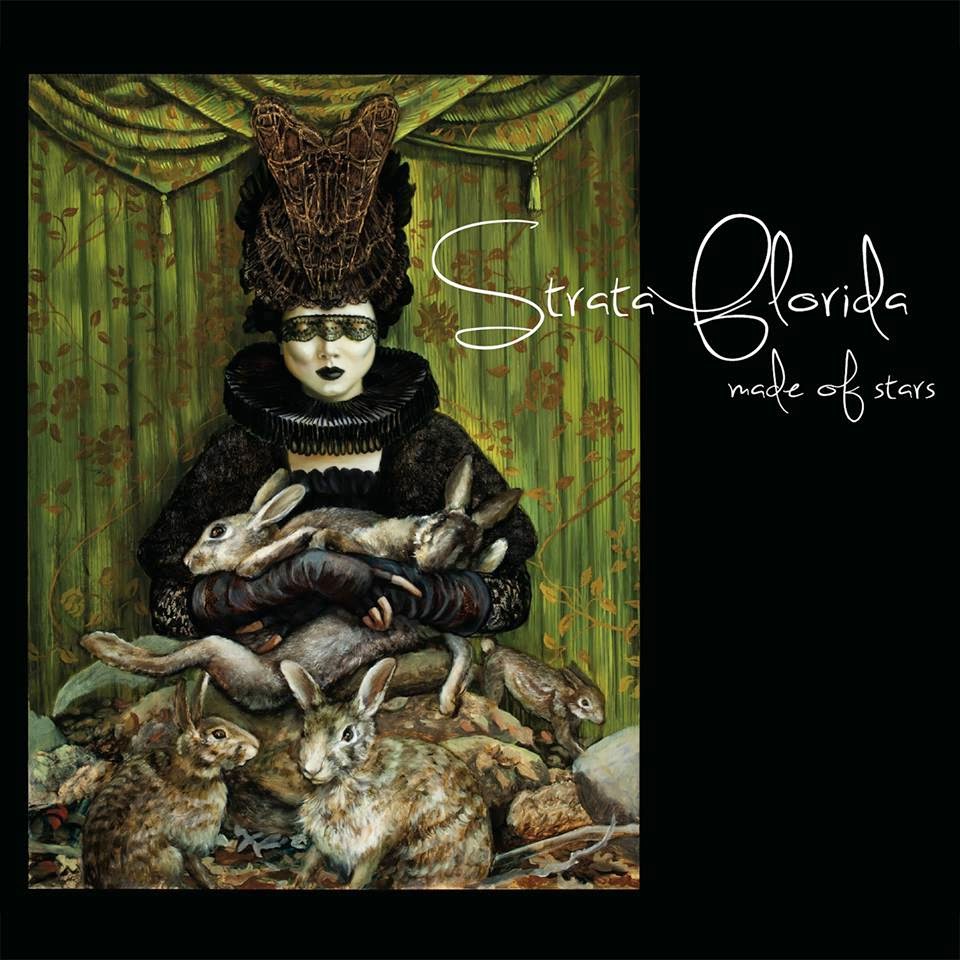 After Swallow split up you quit music for around 20 years. Why? How did it feel to stop?  Mike had started drifting towards dance music and I couldn’t identify with it. Other singers were coming to our home studio and I found this hard; inevitably we split up. I left Mike with all the recording equipment, therefore I had no way of recording; besides, I didn’t feel I could write songs independently of him. The whole thing was making me very unhappy so I abandoned music entirely; I eventually stopped going to gigs, as well as buying music or actively listening to it, even the classic old stuff.

How did you spend your time during your hiatus?  I got married, moved from London to an extremely remote part of Wales where I quite enjoyed the solitude. I was writing for a living, had three little girls to bring up and I also studied Art History, I was kept fairly busy!

After 20 years away what made you decide to start playing music again?
I joined a local choir and started thinking about melodies. These started to occupy a lot of my thinking time so I started making crude recordings on a borrowed 4 track. I initially thought I would just write choral pieces for some of the girls in the choir to sing. At the same time my marriage broke down, quite spectacularly and I found that writing songs was therapeutic, especially thrashing a guitar. I was completely absorbed in the process and even though this was quite a difficult time, I actually discovered that being free from relationships was completely liberating. This was actually one of the most creatively content periods of my life.

What started Strata Florida? Who's in the band?  I had written most of the songs that are on Made of Stars over one summer and did imagine it as an album. However, my musicianship was extremely lacking; I could play guitar enough to put the structure in place but it wasn’t really adequate. I had imagined some strings on some of them and I knew Pavli was a viola and cello player, so I was going to approach him in writing string arrangements. However, I saw him play bass in a band where he was playing chords and doing really interesting melodic bass lines so I sent him some rough recordings, and we started to work together. He had worked as a professional musician, could play anything and had a wider musical experience than I had. We just hit it off really well. I knew Steve through playing drums in a friend’s band and asked him to do the live drums.

What is your gear setup?  This is embarrassing because we actually had very little and had to put together a basic studio very cheaply. We record through CUBASE and use some VST instruments; most of the sound is developed after recording through editing and processing on CUBASE.
Louise: Squire Fender Stratocaster AKG Elle mic BOSS VE-20 vocal processor FX: 2 settings on a BOSS MICRO digital recorder-a tremolo and distortion, and a flange sometimes.
Pavli: Ibanez bass guitar Squire Fender Broncho bass guitar Fender Stratocaster VOX valvetronix amp 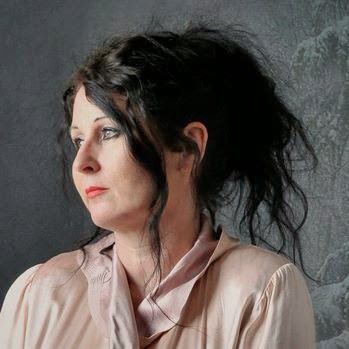 While listening to the song "Automatic" the electronic elements really stick out. What do you use? Strings on VST instruments heavily processed.

What effects and electronics are your favorites?  For vocals, chorus and reverse reverb and I also used some real tape echo. For guitars tremolo, distortion, double delay and reverb.

The art for the Strata Florida release Made of Stars is a great match for the music, equally earthy and surreal, sometimes comfortable, sometimes disconcerting. Who was the artist? What was the process?
Carrie Ann Baade, she is a Professor of Painting at Florida State University. I came across her work accidently through researching another artist and approached her for permission to use the picture, which she kindly granted.

How did the Saint Marie deal come along? We uploaded some demos to Soundcloud, mainly to get some feedback on better recording techniques. Wyatt Parkins got in touch to say he liked the songs, I looked up and label and was really impressed by the bands on there. It was all very straightforward. He is very supportive; we have a good relationship with him and many other bands on the label. 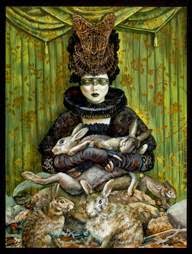 What are the biggest differences between your first time in music and getting back into it?  I didn’t know enough the first time around and I didn’t really involve myself in the recording process. I am still learning, but I love the technical side of things particularly in production. Because I wrote the songs myself, I had a certain idea how I wanted them to sound so I was more confident in developing the sound. Pavli really encouraged me to take control myself and have faith in myself, so I have enjoyed it much more this time round, definitely.

What do you think of the new shoegaze scene? Any favorites? I think it is very exciting, there are some great bands around: I do really like most of the bands on SMR! Outside of the label I like The Flying Cape Experience, The Stargazer Lilies, The Fauns, Lights That Change, Clarence Mayhew, Ummagma, Lorelei Meets the Obsolete, TOY, Snowbird and many of the Bella Union bands. I do have a soft spot for some of Tom Lugo’s more noisy work. I am still catching up though, there are loads more who I like that I have heard one or two songs, but have yet to listen to their albums!