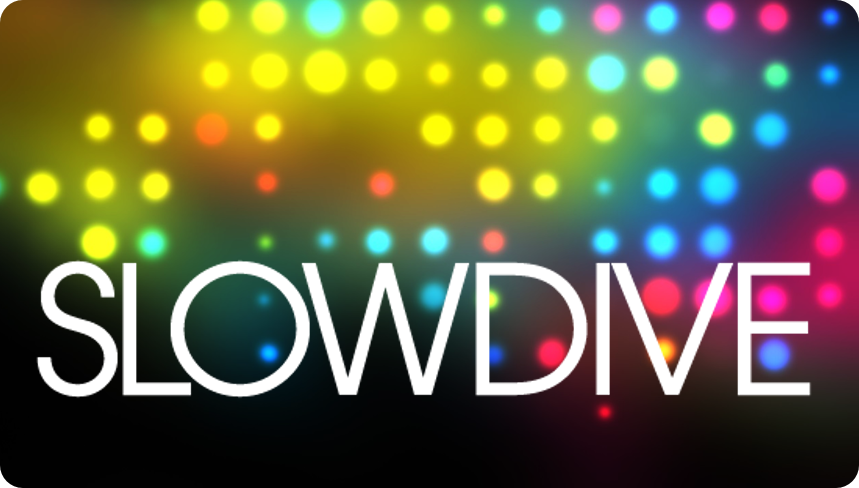 Buy tickets now, get airfare later. This was my line of thinking when Slowdive announced a slot at Pitchfork Music Festival, their first North American show since, well, their seemingly final one in Toronto some 20 years ago. And indeed, this was the right decision to make - Slowdive are back with a vengeance, looking healthy and sounding phenomenal, decades, jetlag, and fickle British music journalists be damned. Singer/guitarist Neil Halstead and drummer Simon Scott took a few minutes to chat with When the Sun Hits in between a day full of interviews and photo shoots.

Given the small amount of time we were allotted, we kept the questions to just a handful, and focused on specific, nerdy stuff.


****
What, if any, non-musical influences did you have when working on Slowdive material? Films, your surroundings, etc?

Neil Halstead: I think in terms of songwriting, the images were always from nature, you know? A lot of sea imagery.

It’s also interesting-- someone [on YouTube] did a video for “When the Sun Hits” and used [footage from] Picnic at Hanging Rock. That was one of my favorite films as a kid. It has a weird, [and had a] kinda magical, psychy, druggy feel to it. It’s basically about these schoolgirls at the turn of the century who disappear. It’s filmed as a true story.

I think it’s definitely true that sometimes films would have a certain resonance that would sometimes inspire me to write music. It’s interesting to me that someone would do a video with that film and Slowdive’s music.

So, the story goes that the band’s name comes from a dream Nick had. Now, I know this is 25-odd years ago, but do you have any recollection of--

NH: I think in Nick’s dream, it was Slowburn. 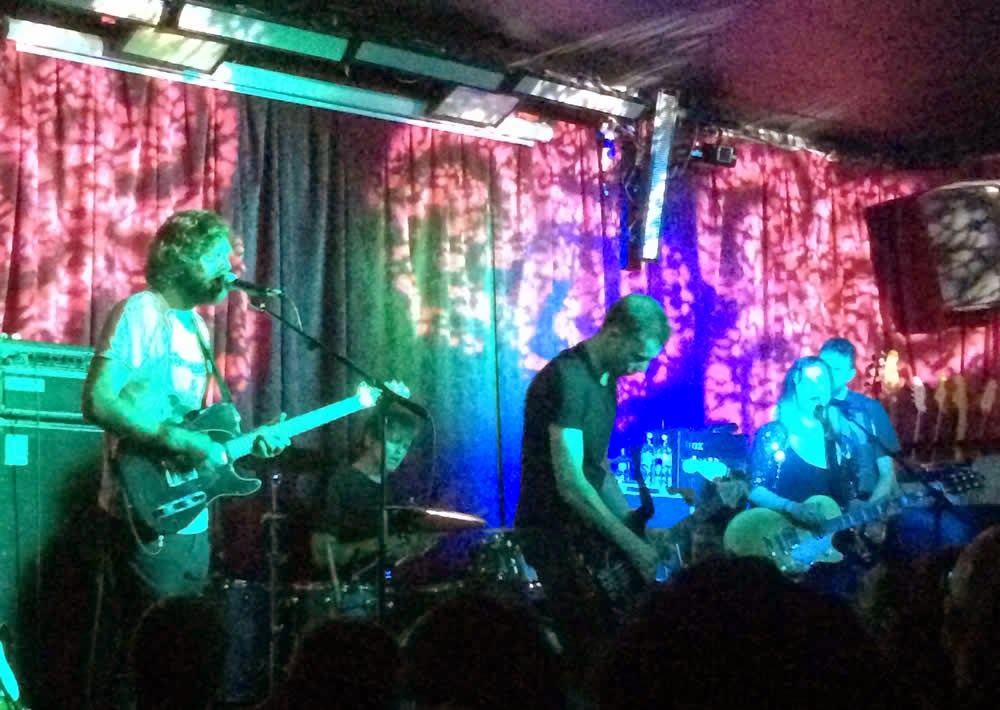 Ahhh, okay. I know this is really reaching, but I was just curious as to whether you had any recollection of what the dream was about…

NH: I just remember we were coming into rehearsal and sorting out [band] names, and [Nick] saying “I had a dream that Slowburn was the name.” And Rachel was like, “Well, how about Slowdive?” She was a big Siouxsie and the Banshees fan. I didn’t know  Siouxsie at the time, but I just thought the name fit, and I ended up writing the song “Slowdive” around that name we’d just [come up with].

What, if any, role do effects have in your compositional process? Do you have sounds in mind, or is it a very bare-bones sort of thing? I guess this applies to you too, Simon, given your post-Slowdive groups and ambient work.

NH: For me, having the effects on the guitar was a big part of how songs were written - basing the song around the atmosphere as much as anything.

Simon Scott:  Yeah, I mean, whether it’s relevant or not, I’m looking for the happy error. So I’m using technology to find that moment where the seed begins - where you then start to grow the composition of the track. So, yeah, there’s definitely technology and effects pedals [involved] for me - super important. Having said that, just writing something nice on acoustic guitar, with no effects… the 8” lathe cut record I just put out (a split with Danny Norbury on Brian Records --ed.) has no effects whatsoever. It’s just field recordings and a Guild [acoustic guitar] that was made in Rhode Island.

Where there ever lyrical themes that were overlooked because were more focused on the sonic end of things? From the little I’ve read up on Slowdive lyrics, there’s some interesting phrases-- in “Machine Gun,” the bit about “the weight of the water,” Neil’s line about the “son of Shiva,” and then one of my favorites on Just for a Day is “Ballad of Sister Sue” and it seems to tell a pretty dark tale. Was there any sort of consistency to the themes? I guess most people would assume the old standards of sadness and love…

NH: Well, I don’t know really. I don’t think there was ever knowingly a theme to the lyrics. You know, we were talking about this earlier in another interview-- [the lyrics] are all quite angsty. The songs were written by 17-, 18-, 19-year-olds. So yeah, I suppose some of it comes from feelings when you’re a bit alienated as a teenager. Songs about love, stuff like that. I don’t think we ever broke the mold with the lyrics, you know? It’s pretty standard stuff, probably.

I don’t think we ever thought as a band that lyrics were the most important part. For Slowdive as a whole, the sound was. Creating an atmosphere was [the focus]. So you’d create an atmosphere and the lyrics would then reflect that in some way, or go into it in some way to make it more powerful.

So the words were more of a melodic tool?

NH: Well, sometimes it varied. “Dagger” is about really specific stuff and I can relate it to a particular time in my life because I know what it’s about. And also “When the Sun Hits.” But the stuff from Souvlaki has a lot more personal lyrics, for me, whereas the first album is less personal.

Given Simon’s work with ambient music, could you ever see him maybe doing some of that on a future release? Especially since you experimented with ambient and loop-based stuff on Pygmalion? Or would that be too many cooks in the kitchen?

NH: I really hope Simon gets involved when we do the next record. It’s really important to me that everyone contributes.

SS: To be honest with you, though, we haven’t any idea what the new record will be like, because we haven’t started it yet.

SS:  But it would very nice to use the technology we’ve got twenty years later, such as Max/MSP, a whole bunch of laptops and loopers and so on and so forth to try and enhance the songs...but we just have no idea what it’s going to sound like. It might end up being like an acoustic album. It might kind of end up being like a folk record or something...although I doubt it.

When I interviewed Simon at Decibel Festival a couple years ago, we discussed the collection of demos made between the first two records [frequently circulated as I Saw the Sun --ed.]. There’s many great tracks on there - “Joy,” “Colors in Spin,” “Silver Screen” and they were played live here and there during the Just for a Day era. Could you ever see adding them back into the set?

NH: I don’t know! I haven’t listened to that stuff in years. And, I don’t know, I suppose to me...well, maybe we made the wrong decision, I don’t know, but my memory of those songs is that they were really in debt to Joy Division, Echo and the Bunnymen…

NH: Bowie. And I know for me, I was going through a certain period where I was obsessing over these records and it was almost like they influenced too much of what Slowdive were doing and I don’t think it felt like they were really properly Slowdive songs.

One humble fan’s opinion - I think “Joy” is the perfect meshing of Joy Division rhythms with you and Rachel over the top. I think it’s kind of a perfect halfway. And then “Silver Screen” reminds me a little bit of the Beatles in a good, anthemic way…

SS: “Joy” is called “Joy” for a very particular reason - we listened to only Joy Division for, like, two weeks.

NH: The Chameleons were also a big influence [for us] early on. One of the guitarists would use two amps with a stereo delay. I loved that guitar sound. You can also hear [similar] with Kitchens of Distinction… 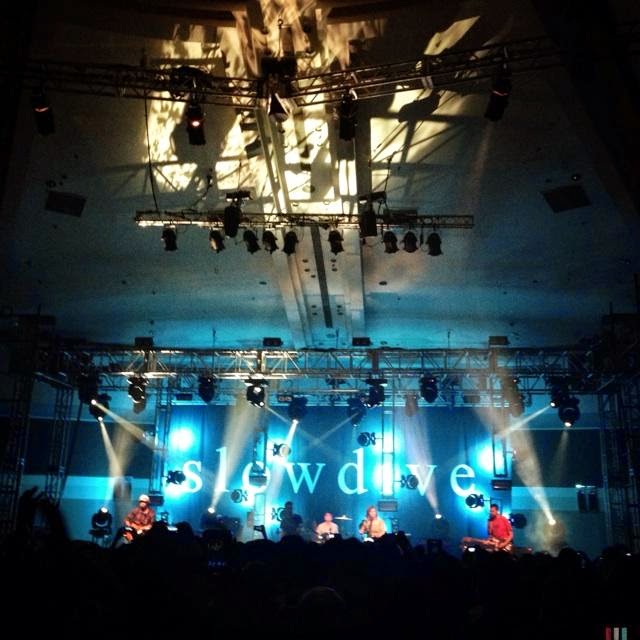 Kitchens opened for you once, right?

NH: I think we might have played with them at a place down in southeast London. We were really huge fans.

SS: We used to go see them as fans! Kind of an underrated shoegaze reference point, aren’t they?

Absolutely. Well, thank you so much for your time, Simon and Neil! Have a great show.

Postscript: As for Slowdive’s set at the festival, I couldn’t have worded it any better than Kirstie Shanley did on The Big Takeover blog. Don’t you dare miss them on their fall tour!

Asa Eisenhardt resides in Seattle, Washington, and eagerly awaits his next voyage to the Souvlaki Space Station. He plays in Nostalgist and runs the Nostalgium Directive record label.

Posted by When The Sun Hits - All things shoegaze. at 4:51 PM