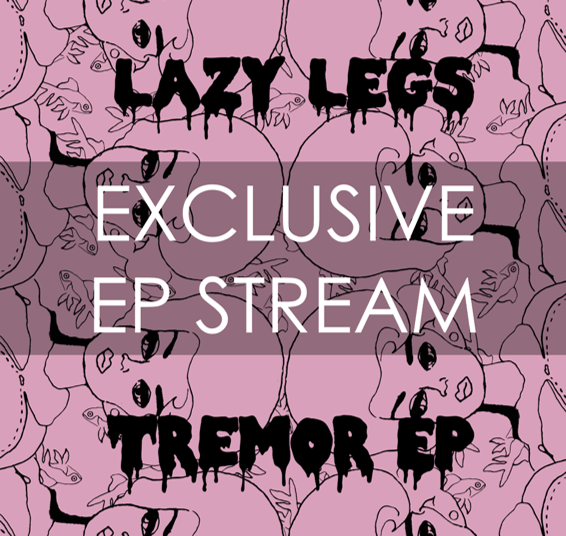 Stylistically, Tremor marks an exciting shift in this Portland duo’s signature sound. On their debut album, VISIONDEATH, and EP, Chain of Pink, the songs skew more toward brutal noise, mind-bending jams, and intense volume (with delicious results). While that facemelting shoegaze vibe is still firmly in place (notably on “Bed Head” and “Sweat”), “Highwire”, “Gloss” and “Ruby” show the band venturing into new sonic territory – these songs are a little moodier than their previous fare, branching out into the realms of grunge-influenced psychedelia and atmospheric slowcore. Bands like Codeine, Low, My Bloody Valentine, Ringo Deathstarr, Smashing Pumpkins, No Joy and Starflyer 59 served as major influences during the making of Tremor.

This new direction serves the band well; the songs feel focused and incisive, and listening to the EP from start to finish feels almost like an exorcism. According to the band, “All of the tracks abstractly deal with different forms of anxiety.” Opening track, “Ruby”, lulls you into a detached state of derealization, followed by “Bed Head”, which deals with the depression associated with that headspace. The third track, “High Wire”, reflects on the physical discomfort caused by stress. “Gloss” is a sullen expanse of overcast sky before “Sweat” whips the listener into an uneasy frenzy. Ambient album closer “Acid Braids” takes the edge off, providing relief in the form of a mind-bending comedown.

Tremor is a brilliant trip that we highly recommend. The EP will be a digital-only release, free to download and available across all major streaming/downloading platforms including iTunes, Spotify, Google Play, etc. this Friday. The WTSH radio show will also be premiering a tune from Tremor TONIGHT on DKFM. Catch the show at 10pm ET/9pm CT/7pm PT at decayfm.com.

Posted by When The Sun Hits - All things shoegaze. at 1:11 PM