About Furiosa: Live Shoegaze in the Philippines with Cherie Gonzales.


The powerful gothic dream pop of Philippines/Singapore project Narcloudia (see our recent interview) came to our attention by way of Cherie Gonzales of Quezon City, the Philippines' most populous city, which adjoins national capital Manila to form the nucleus of the greater region called the Metro by locals. Cherie revealed that her efforts on behalf of Narcloudia are part of a larger group project called Furiosa, which presents a growing monthly showcase of live shoegaze and dream pop in the Metro. Furiosa’s vision, however, extends beyond the group's accomplishments thus far. We asked Cherie to introduce herself to our readers and tell us about where Furiosa has been and where she hopes to go. (Yes, “Furiosa” takes feminine pronouns; as Cherie says, “Furiosa will always be a ‘she’ for us.”) Thank you, Cherie! 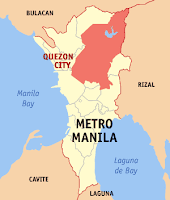 Hey, Cherie Gonzales here doing a piece on what is brewing amongst the shoegazers of Manila.

I still consider myself a noob in the genre as it was only the middle of this year that I stumbled on the terms “shoegaze” and “dream pop”. I never realized that the music of Sugar Hiccup that I swooned to back when I was an impressionable teen was within that ethereal realm. I had it lumped together with other non-mainstream music and only knew it as “alternative”. Shoegaze and dream pop were almost unheard of in the Philippine music scene back then.

Fast-forward to 2018: I stumbled upon Furiosa, a small collective of musicians eking out monthly shows that featured local bands that have chosen to embrace the “scene that celebrates itself”.

Helmed by Romel Amoncio, himself a member of local shoegaze band The Rave Tapes, the group had its humble debut back in August 2017 in a small, dark basement bar in Quezon City called Mow’s.


Amoncio had realized the need for more avenues for talented independent local bands to showcase their music. This need was more prevalent amongst shoegaze and dream pop bands as the genre was virtually invisible in this part of the world. He believed that there was so much talent but the bands were finding it difficult to be heard in a music scene being overrun by big music labels which have both the funding and the machinery to market their chosen few. Few gigs, no funding, little audience awareness of these genres led to bands either changing their sound or throwing the proverbial towel in.

Such was the ballgame when Furiosa was born. With nothing more than their own meager funds and the passion to provide such an outlet for their contemporaries, the group plodded on month after month.

It was the second quarter of 2018 when I joined in the fray after an earful of the bands’ music triggered a flashback to the music I loved as a kid. Not being a musically-gifted person myself, I pitched in as Furiosa’s noisemaker in the social media sphere.


A marked increase in audience attendance and social media engagement emboldened us to join an annual major music fest in the metropolis, the Fête dela Musique held in June. For a first time participant and pocket stage host of a lesser known genre, Furiosa was able to pull off the Shoegaze/Dream Pop Stage swimmingly. This event confirmed our group’s status in the local music scene as a small but steadfast contributor.

This first victory was followed by our first year anniversary in August; then we were entrusted with the album launches for dream pop bands Narcloudia and The Strange Creatures last October 27 and November 10, respectively. Indie band Washington Drama Club followed suit with an EP launch on November 24, while Pastilan Dong's album release event is scheduled for January of 2019.

After 17 shows, Furiosa is still holding her ground amongst better-funded production outfits. Despite remaining a non-profit group, she has managed to survive through the team’s sheer determination, the indefatigable support of the bands, plus the appreciation of her fast-growing league of followers.

The group aims to take shoegaze and dream pop outside of the Metro by 2019, continue to provide opportunities for the genre’s acolytes to flourish, and establish a solid foothold for the genre in the Philippines. For a tiny team, these are big dreams but, for the love of the ‘gaze, we dream on.

Cherie Gonzales
Social Media & Marketing Associate
F U R I O S A
furiosasoundph@gmail.com
Posted by When The Sun Hits - All things shoegaze. at 1:24 PM