Interview: Andy Clegg and Andy Whitaker of Black Swan Lane, The Sun and the Moon, Kizilok, The Chameleons, Music for Aborigines, and more... 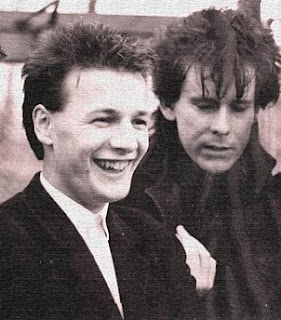 Interview with Andy Clegg and Andy Whitaker
for When The Sun Hits.

By: Rob Turner.
With input and guidance from Perry Pelonero and Amber Crain.

We have been fans of both Andy Clegg and Andy Whitaker for many, many years. The reasons are a long, wonderful history that has gone unnoticed or been overshadowed at times, and we think it is time for that to be changed. Both of them should be spotlighted for their amazing musical contributions; this is an acknowledgement that they both strongly deserve.

How and when did you guys first meet and decide to form a band ?

Andy W. We met at school as 14 year olds in the 70's. Andy C was learning guitar and wanted to show me some licks. I think the theme from 'Salty' was his hit at the time or was it 'Marine Boy'. I was strumming about on my brother Allan's guitar, retuning it as a chord and jamming out songs.

Andy C. Yes it was the theme tune to 'Salty the Sea Lion' that I first showed to Andy and our music collaboration blossomed from there. Was 'Salty' American? Did you guys ever see the program? There's a great documentary on Salty and how he made it to TV.

Andy and I did a lot together as friends and even managed to get the same job together in a toy factory. Andy's dad would drive us to work each morning and drop us off outside the factory but instead of going to work we would catch a bus back to Andy's house and record ourselves playing improvisations...

Which we would then create songs from the recordings. Col Smith also got involved with us on keyboards. Most of Music for Aborigines songs came from these improvisations. Also a few songs by The Sun and the Moon came from these recordings. 'A Matter of Conscience', 'Dolphin' and 'Speed of Life' originated from the improvs. We still have the original versions of the ideas on tape.

I originally met John Lever before he was asked to join The Chameleons as their drummer. We were in a band together called 'The Politicians'. He also played live with Music for Aborigines and also joined us on a ten track album which we titled The John Lever Session. Later on, John asked me to play keyboards with The Chameleons on their live dates. It was a great experience and felt honored to be part of the band. 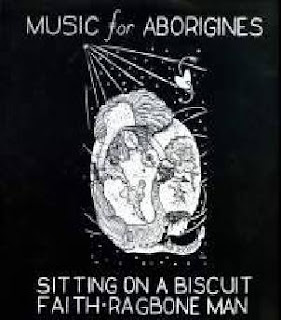 In 1980's Manchester, what was the music scene like to be starting out in a new band, with a lot of the madness of The Hacienda nightclub and eventually Factory Records?

Andy W. It seems a minute ago Stone Roses, The Chameleons, The Wedding Present, New Order and The Smiths all being out there. We did a gig at The Hacienda with The Paris Angles as Weaveworld.

What lead you to abandon Music for Aborigines as a band?

Andy W. Music for Aborigines came to an end when one day I got home and found a message chalked on my doorstep (before internet technology and cell-phones. Actually, I had an answer machine but Andy and John had a stone) to contact Andy an John. They had asked Mark Burgess on hearing that The Chameleons had split, if he would form a band with the 3 of us. That was the birth of The Sun And The Moon.


We have always found your early works to sound sort of like a proto-shoegaze/ post-punk hybrid. Defining one's sound by genre can be tiresome, but do you feel that the band identifies closely with these or any genre?

Andy W. I think there is a post-punk thing happening in our music. Punk was that much needed cough that then cleared the pallet for new experimentation and we all wanted to identify with that rather than The Eagles or 10cc.

Andy C. Yes, but I think it's hard to define post punk as it had so many influences itself and shoegaze was one of the many offshoots. The Velvet Underground had a big influence on many bands at that time due to the kids discovering them for the first time. Early (Sid) Floyd and The Beatles psychedelic period also had an influence.

This question has always been hanging in the air since 1989-90, staring us in the face: Why no more of The Sun And The Moon albums? The Sun and The Moon 1988 LP and The Alive; Not Dead EP (Reissued in 1999 as The Great Escape) are still today great testaments to your work with Mark Burgess and John Lever...

Andy W. I was the first to leave, it started to feel like working for a big company that I wasn't in control of, maybe it says a lot about my ego at the time but it's the lead singer thing and I think Mark might have done the same in the same position. That's probably why we haven't seen Mark just playing bass or guitar in any of the bands that he's been in.

Andy C. Yes, it was a shame we didn't get to write or release any new recordings from The Sun And The Moon. Not so long ago, Mark was discussing writing new songs for a solo album and asked Andy and I if we'd be interested in being part of it. Also, we did work together with Jack Sobel on the Black Swan Lane album so in a way we have still worked together.

The Sun And The Moon - A Matter Of Conscience.


Weaveworld (1991) was a fresh start, with the release of the Davy Jones EP. I know you have a lot more material - I own it all (around a total of 32 more songs). Why did you not publish it or are there plans to do so in the future?

Andy W. I've just been thinking of re-recording the Weaveworld stuff while we are gigging the material. We just didn't get into the studio with those songs at the time. We were set to record the album with Midnight Music but it all fell through.

Andy C. We really wish now that we should've recorded those songs professionally but at least we still have the demos of those songs. I must mention that it was Aky the guitarist that came up with a lot of the ideas for the songs from Weaveworld. His first band he was in featured Mike Joyce from The Smiths. After Weaveworld disbanded he played bass for the Manchester band Molly Half Head.

Weaveworld - Open Up My Eyes. 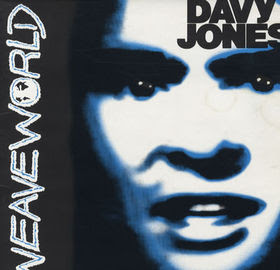 Andy Whitaker - Bewilderbeast (2005) had songs like 'Tiger Skin Sunset' and 'The Traveller' (10 song 4 track demo recording)...I really enjoyed this body of work. Any chance we will get more?

Andy W. BEWILDERBEAST: Cheers Rob, and yeah I'm just in the middle of writing stuff for a new album as I feel it's now time.

Both of you were involved with a radio show on MANCHESTER RADIO ONLINE called Midlife Dementia Show with fellow MFA member Colin Smith, How did that come about?

Andy W. The radio show came about when we were doing a session at MRO with The Sun And The Moon. I mentioned to the station boss that we did a mad podcast and he said why not come and do it here. Midlife Dementia Show Myspace.

I also heard from a little bird, one of you has some acting under his belt (Emmerdale, Coronation Street, The Bill, Cold Feet, The Cops, The Royal, The Royal Today, The Magnificent Seven, Dream Team and several commercials.)?

Andy W. Yeah it's the new rock & roll for me - acting. A bit like being in the studio. It's good watching it piece together.
Sundae a short clip

Can you tell us about the newer project Kizilok (Another brilliant Manchester musician, who is sadly totally underrated Ian Kizilok)?

Andy C. I wanted to mention that as well as Andy W writing new material. My brother and I are in Kizilok and we are currently recording songs that will be due for release soon. The songs are being produced by Mark Mills.


If people would like to buy any of the Music For Aborigines, Weaveworld, (Andy Whitaker solo - Bewilderbeast), Andy Clegg Solo, Kizilok albums, where do they go?

Andy C. CDs of all the bands you've mentioned that we're involved with (including the rare The Sun And The Moon recordings) are available from me by emailing: gnrecords@gmail.com.

KIZILOK:
Kizilok Facebook
Kizilok Myspace
Posted by When The Sun Hits - All things shoegaze. at 3:00 PM