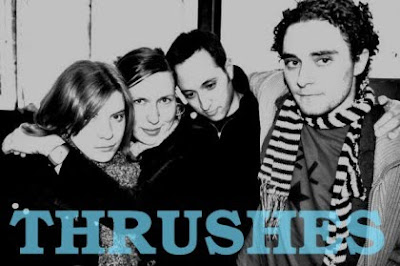 When The Sun Hits Interviews Anna Conner and Casey Harvey of Thrushes
The Baltimore-based noise pop quartet Thrushes have been charming gazers since 2007 with the release of their debut album, Sun Come Undone. Members Anna Conner, Casey Harvey, Rachel Harvey and Scott Tiemann, having cut their teeth in the formative Baltimore all-ages indie scene of the mid-90's, came together to form Thrushes, and they've been creating their unique brand of catchy gaze grunge ever since. You can check out their website HERE. Enjoy the interview!