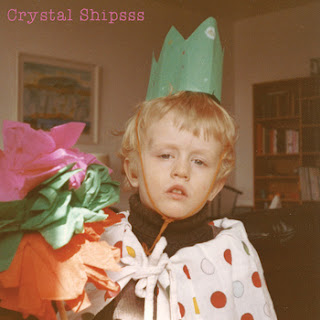 When The Sun Hits
Interviews
Jacob Faurholt of Crystal Shipsss

“Berlin-based artist Jacob Faurholt makes lo-fi psych weirdness under the name Crystal Shipsss. I dig it, but I wouldn’t buy acid from him.” (Gold Soundz)

How can we top an intro like that? We can't. Crystal Shipsss creates trippy sounds that emanate Germany (he was born in Denmark, however), and we love it. No one does trippy like Deutschland, after all. Enjoy the interview, check out the sounds, and get onboard Crystal Shipsss already.

OH and ps, we actually WOULD buy acid from Jacob. Just sayin.

How and when was the band formed?
I started Crystal Shipsss as a solo project in 2010. The idea was to write, record, and mix songs within a couple of hours and upload them to Bandcamp right away. Try to be as immediate as possible with the music. After a while doing this I decided to make a proper album out of the recordings, so I went back and remixed the songs, and recorded new material. It ended up being Crystal Shipsss’ debut album Yay, which was released last year on a 10” vinyl. After that I also started playing live, first on my own or as a duo, but it soon evolved into a band, a pretty noisy one!

Can you tell us what the band has been working on and what you've got forthcoming in the near future (new releases, tour, etc.)?
So far Crystal Shipsss has been a solo project with guests when it comes to recording, but I would like to involve the band in that process, too. Most of the recorded material was just done before we got together. There is a self-titled EP coming out May 6 (EU) / May 7 (US), which will be released on a limited cassette + digital. And in September the second CS full-length album Dirty Dancer will be released on vinyl. I am very excited about that one, as it’s been over two years in the making. I actually just received the master yesterday, and it sounds great. 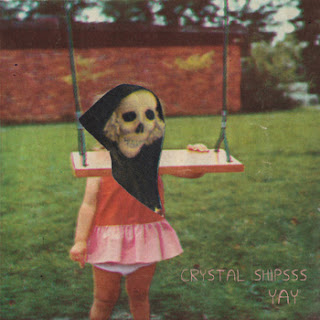 Do you consider your music to be part of the current shoegaze/dream pop scene, or any scene? Defining one's sound by genre can be tiresome, but do you feel that the band identifies closely with any genre? How do you feel about genres in music, in a general sense?
On the new EP I was definitely inspired by shoegaze and noisy indie rock from the 90’s. During the making of Crystal Shipsss’ debut album, and the EP, I listened a lot to bands like Galaxie 500, Slowdive, Dinosaur Jr, Sonic Youth, but also newer bands like No Age, Times New Viking, and Nadja. So yes, I feel like Crystal Shipsss somehow fits in with that stuff, at least for now. Basically I think people should just make music the way they like to, inspired by whatever bands they are into, not thinking too much about genre.  I think it’s a problem if a band decides to be a shoegaze band, or a dream pop band. They should just be whatever comes naturally.

What do you think of modern shoegaze/dream pop/psychedelia artists, any favorites?
I think that there are great bands today that are making music in that “field”. I am a big fan of the Canadian duo Nadja, who also have elements of shoegaze in their sound. I also really like the debut album from DIIV.

What is your process for recording your music? What gear and/or software do you use? What would you recommend for others?
I use my Macbook with Logic Pro, and an EMU 0404 external soundcard. I just updated my “studio” with a Shure SM7B dynamic microphone, which I am using to great satisfaction on a new solo album I am recording. It has a very low input though, so I use an old Behringer mixer between the microphone and the soundcard. I really don’t know a lot about gear, so often I am kind of in the blind. But because of that I am not bound to a lot of “rules”, so I consider it an advantage.

How do you feel about the state of the music industry today? There is no doubt a massive change underway; how do you see it and do you feel it’s positive at all?
I think it’s positive in the way that it allows everybody to be creative and get the music out there. A lot of interesting music is coming out of that, and then it’s just up to people to find it. That said I am a very big believer in the album, of creating a “world” to step into, the whole package with music, cover art and so on. And I think it’s sad if people are just shuffling through the “hits”, and are listening to albums on their shitty computer speakers. 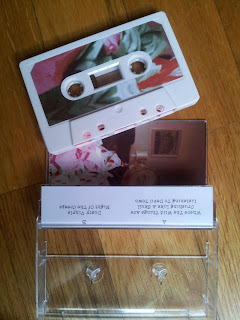 When it comes to label releases versus DIY/bandcamp and the like, what is your stance, if any?
I basically don’t care if it’s a label release or a DIY/Bandcamp release, as long as the music is good.

Do you prefer vinyl, CD, cassette tape or mp3 format when listening to music? Do you have any strong feelings toward any of them?
I prefer to buy vinyl, and I also still buy CDs. To me it’s very important to have an album physically. The albums I spend money on, and have in my record collection, are the ones that I really dive into and appreciate. Of course I also check out a lot of music online, which is great, but if I find something I like, I want to own the vinyl or CD.

What artists (musicians or otherwise) have most influenced your work?
Early on, with my solo work, I was influenced by bands like Songs:Ohia, Sophia, Will Oldham, Sparklehorse, Red House Painters, Low, Galaxie 500, Smog. In general the whole sadcore / slowcore scene was appealing to me (and still is). Later on, especially with Crystal Shipsss, I listened more to noisy indie rock, shoegaze, psyck pop etc.

Can you tell us a little about what you are currently into (books, films, art, bands, etc.)?
I just finished the newest book by Haruki Murakami called 1Q84, and I liked it a lot. I am a big fan of his work, and have read most of his books. On films, I am looking forward to see the new film Mud directed by Jeff Nichols. I thought his first two movies Shotgun Stories and Take Shelter were fantastic. I also have to mention the 80’es horror movie “Night Of The Creeps”, since one of the songs on the new EP is named after it. On music, I just bought the new album by The Flaming Lips, and I absolutely love it, it’s dark, disturbing, and beautiful.

If you had to choose one track that was the ultimate definition of your sound, which would it be and why?
It’s a hard one, as I think the EP sounds quite different from our debut album Yay. On the new EP I am especially happy with “Listening To Devil Town”, and it’s also a song we enjoy playing live.


Can you tell us a little about the band’s song writing process?
Mostly I just sit with my guitar, and start playing / singing at the same time. When something comes out, that I find interesting, I write it down. But with Crystal Shipsss I have also started to write while I record / improvise in the studio.

What is your philosophy (on life), if any, that you live by?
I basically just try to live my life with focus on what I like doing the most. Whatever makes you happy.