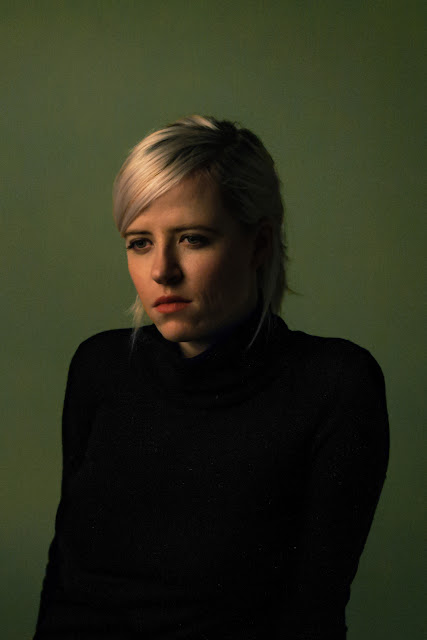 
How and when was the band formed?
Well technically it’s a solo project. I started writing my first songs to be put out under this name at the end of 2012. I had been in other bands before but relationship trouble prompted me to give that a break and focus on my solo stuff instead. Live I’m playing with a steady-ish group of friends now, we’ve been playing together since about October 2015.

Do you consider your music to be part of the current shoegaze/dream pop scene, or any scene? Defining one's sound by genre can be tiresome, but do you feel that the band identifies closely with any genre? How do you feel about genres in music, in a general sense?
Whenever someone asks me what kind of music I make I just say pop music because that is the broadest applicable term. I don’t really spend so much time thinking about what genre it does or doesn’t fit into. I don’t really care. It is what it is.

What do you think of modern shoegaze/dream pop/psychedelia artists, any favorites?
I wouldn’t personally qualify Deerhunter as a shoegaze/dream pop band but I think some people would and they are one of my ultimate favorite bands so I’m gonna say Deerhunter. Also Lower Dens.

"Life is very long and you can do plenty of different things...There’s so many sides to yourself you can develop. So I want to live a couple of very different 'lives' in my life."


What is the most important piece of gear for your sound? Any particular guitars/pedals/amps that you prefer?
I’m kind of a noob with this stuff. I don’t have any fancy pedals and I don’t use too many effects on my guitar apart from some simple delay (MXR carbon copy) and reverb (EHX Holy Grail nano). Sometimes I’ll use some overdrive (Zvex Distortion) but that’s about it! I recently did get a new guitar that I love, an American custom shop Fender Strat. I'm currently playing through a Fender Blues Jr. but I’m looking into getting a Twin Reverb.

What is your process for recording your music? What gear and/or software do you use? What would you recommend for others?
Demos I record at home using GarageBand, haha. Although I do wanna learn more about working in Pro Tools. In the studio I work with a producer so whatever program he’s working with I’ll work with. I think Ben also works in Pro Tools. 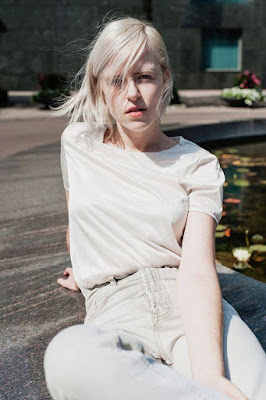 How do you feel about the state of the music industry today? There is no doubt a massive change underway. How do you see it and do you feel it’s positive at all?
I’m quite positive about the possibilities of the internet in a broader way, in how this interconnectedness and endless access to information can benefit society. Also creatively I think it’s very inspiring to be able to indulge yourself in so much music online so easily. No one creates in a vacuum and the more stuff you’re able to expose yourself to the more inspired you’ll be to create your own stuff. Financially however it does pose some challenges of course. I think ultimately streaming is the way forward, paying for general access rather than for individual pieces of content. There’s several ways in which we can organize this.

William Fisher wrote an interesting book about it, titled Promises to Keep. He argues we should move towards a system where everyone pays a certain amount per month (this can be done for example with a general tax or a tax on specific services/products) and this money is divided between the “makers”. Obviously this would be a very socialist system so it will likely meet a lot of resistance and also it would be hell to organize (set up organizations to do the financial administration, etc.). Still, I think it’s a very interesting idea worth looking into.

When it comes to label releases versus DIY/Bandcamp and the like, what is your stance, if any?
For me personally I chose to work with a label because even though the world is so interconnected and you can share you music online all over the world, actually building a musical career outside of the Netherlands without a label would be very hard. My main interest was touring and traveling and this is just easier when there’s a team of people helping you out with experience and a bit of financial backing. There’s a lot you can do by yourself too, of course, also setting up tours, but since I’m also working a full time job next to my music I really appreciate the assistance.

Do you prefer vinyl, CD, cassette tape or MP3 format when listening to music? Do you have any strong feelings toward any of them?
Personally I only listen to MP3s but that’s because I don’t like to own too much physical things. I gladly pay for songs in digital format but I never have the urge to actually own them on a physical product. I move house and vinyl records are a pain in the ass to move.

Can you tell us a little about what you are currently into (books, films, art, bands, etc.)?
I’m reading this book about the link between physics and eastern mysticism by Fritjof Capra. It’s kinda hard to get through it because you can tell from how it’s written that he’s not exactly a writer, but some of the ideas are fascinating. Further I’ve been kind of obsessed with Chris Cohen’s records, some of the most musical stuff I’ve heard in ages. Last week I watched The Lobster and that was quite a fascinating movie. I don’t really know anything about art so can’t give you tips on that matter.

Can you tell us a little about the band’s song writing process?
I write all of the songs. It’s a very intuitive process. Usually I just get this idea for a melody in my head, I’ll keep playing with it and think of some other melodies and rhythms that would work well with it. I sing a bunch of this into my phone and then at home I try to record it all in GarageBand. I’m not a very good bass player though so the demos are never really anything to write home about. But in my head it will all be quite clear. Lyrically I usually get some words that form themselves on certain parts of melodies and I kinda take it from there. I try not to over think it all.

What is your philosophy (on life), if any, that you live by?
Life is very long and you can do plenty of different things just not at the same time. Also humans are endlessly multifaceted and complex and most people have the capacity to be so many different things. There’s so many sides to yourself you can develop. So I want to live a couple of very different “lives” in my life. I want to get serious about my law degree one day and after that I want to buy a farm in the middle of nowhere and have chickens. 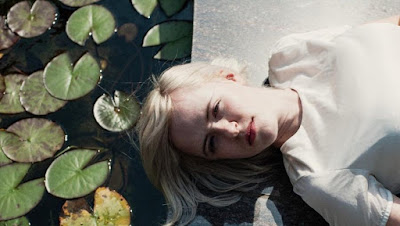 Amber Arcades is presently performing shows on the Eastern Seabord of the United States. A subsequent string of UK appearances will then be followed by dates in Spain, the Netherlands, and Germany.