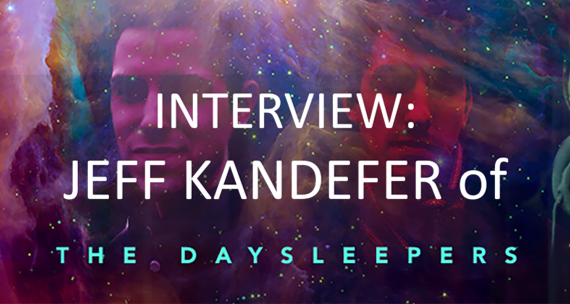 It’s no secret that we here at WTSH are massive fans of Buffalo-based trio The Daysleepers. When Jeff contacted us recently about premiering their brand new single, we were absolutely over the moon. Once we actually heard the single, which is entitled “Creation”, we were even more thrilled – it’s a beautiful, deeply atmospheric piece that both lives up to and exceeds our high expectations of this group. The single premieres tonight on the When The Sun Hits radio show, which airs on DKFM at 10pm EST/9pm CST.

Tune in live to be among the first humans on Earth to hear this glorious new tune from The Daysleepers. It won’t be available for streaming or purchase until tomorrow via Bandcamp, so don’t miss this exclusive airing! To tide you over until then, we recently spoke to Jeff about the new single, among other things, and you can read that interview below.


Aside from the Smiths cover released a few months ago, the Daysleepers have been pretty quiet in recent years. What has everyone been up to? Did something prompt the recent activity?
Our lives, like a lot of people, are very busy and all of us have responsibilities that take priority over this project – but when we do make music, we don't like to force it. It has to feel right and organic. Our last full album, Drowned in a Sea of Sound, was a lot of work and took a lot out of us at the time. I think when it was finished we all just sort of wanted a break from it to focus on big changes in all of our lives. During that period, we did still get together and work on music from time to time but it wasn't really that organized. Because of it, nothing really got done until 2014 when we released "Dream Within a Dreamworld". That song was received well by our fans and it gave us some momentum to start thinking about new material.

In mid-2016, I had an idea to revisit an older concept we had years back for an album called Creation. I had an idea of what I wanted the guitars to sound like, so I sold a bunch of my old pedals and equipment and researched new gear that would give me a bigger, more atmospheric sound. I found what I was looking for. Those new sounds made me overflow with new ideas and I started writing new material. Mario & Scott seemed very excited about some demos I had thrown together, so we started right back at it again.

Also, new releases over the last few years by My Bloody Valentine, Swervedriver, Ride and of course Slowdive were very inspiring to me. It's a great time for this genre and we want to be a part of it again.
Style-wise, how does the new single fit in with the rest of the Daysleepers output? Are there any significant changes or new approaches to your sound?
We all feel this new material is the next level for sure. You'll definitely hear our style in it, but overall it sounds bigger to me. More emotional and more mature even. We are producing this album as a band, so that will be a bit different as well. With the past material, we would head into the studio for a few weekends and walk out with finished songs. That worked well back then and it was efficient, but that method didn't leave much time for experimentation with sound.

Now, with our own studio, we can spend as much time as we need to perfect the sound we're going for. That's also a double-edged sword, because songs can take too long to finish. For example, we were recording/mixing this new single for about 3 months until we perfected it. I hope to speed that process up significantly with the rest of the album. In the end though, these songs are exactly where we want them to be.
What can you tell us about the forthcoming release? Have you finished recording it? Is there a release date yet?
So, we have the new single finished, and 2 other tracks pretty far along. I also have a few early demos for a couple others, so we're still in the writing/recording phase. My plan is to have it out by spring 2018, if all goes smoothly, but we'll be releasing singles right up until the album is released. You'll probably have heard most of the album before it actually comes out. I'm not a fan of overly long albums, so it will most likely be around 8-10 tracks.

One of the many things that I love about my favorite album, Disintegration by The Cure, is the variety of different kinds of songs on it...yet it all feels like a solid complete thought. On that album you have fast songs, slow songs, pop songs, long ambient songs, happy songs and sad songs. Such a good mix! The problem with some shoegaze albums, I find, is that they can sometimes sound like one long song. Sometimes that works, but we're trying to mix this one up with a variety of different types of songs that all sound like they're a part of the same family.
Are you still writing and recording with the same band lineup?
Yes, the band is all the same. The biggest change is that the producer of our previous material, Doug White (Makaras Pen, Tearwave) will not be producing this one. It'll be produced exclusively by The Daysleepers at our own studio. We wanted to see what an album would sound like with us 100% at the controls.

Where can everyone buy the new single?
We're trying something different with this one. The day after it premieres here on When The Sun Hits, it'll be available for download only through our Bandcamp website. Then, about a week or two later all the big vendors like iTunes, Amazon, Spotify, Apple Music and so on will have it available as usual. We really love Bandcamp. The control you have in releasing music with them is so great for independent artists, not to mention the fact that people can download high res files of both the song and cover art. It's a great platform. 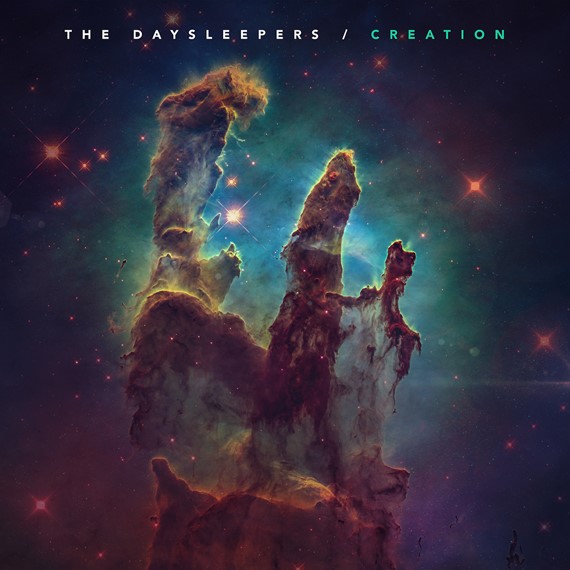