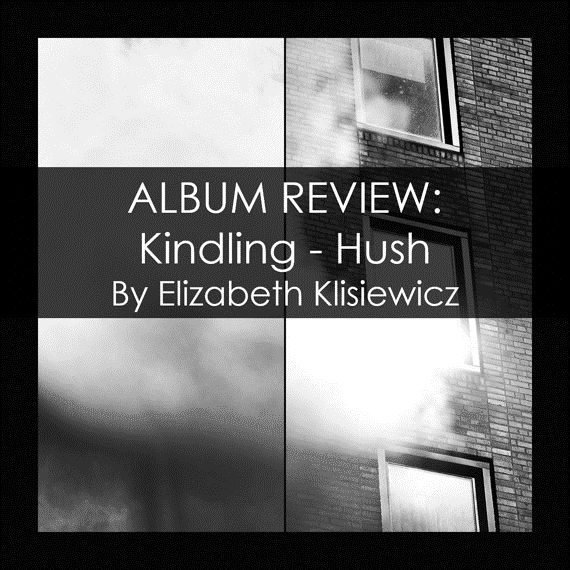 Easthampton, MA is home to Lloyd Cole (whom I love) and a great shoegaze 5 piece called Kindling. Hush is their second album, and it finds the band branching out a bit into more subtle textures and instrumentation (sitar and mellotron) than their earlier work. The band started in 2014 as the recording project of Stephen Pierce and Gretchen Williams, and it has evolved into an active, full-fledged group with a full length and multiple EPs under their belt. The band worked with engineer Justin Pizzoferrato to track the album and Josh Bonati for mastering, and this teamwork produced the sonic gem that dropped this fall. This is all well and good, but in a crowded field of ‘gaze bands, it’s hard to stand out. However, Kindling manages this with a series of good to great songs on this release.

“For Olive” is a solid opener with an ear bleeding sonic assault married to some sweet vocals way in the backdrop. It’s a technique that works well for the band, and reminds me a bit of Smashing Pumpkins. “Destroy Yrself” is even grander, mastered loud with the hammer jammed down. Definitely a standout track in this collection!

“Pantone Blue” dials it back a bit in the opening sequence, but you are quickly pummeled by cascades of furious guitar. They use this ebb and flow approach to good success on this track. “Everywhere” has an entrancing hook at its heart, and while initially it took a little time to lure me in, once it hit, it got me hook, line, and sinker.

“Wait” is heavy duty gaze, thick waves of guitar and pounding percussion, while “Rain” meanders into lovely dream pop territory. “Wherever” amps up the punkish energy to 11, and a bit of Corganesque guitar wafts in. The remaining tunes work their magic, leaving me with ringing ears and a smile on my face. Recommended for all shoegaze fans who like it loud!