As you probably know by now, When The Sun Hits (aka Amber and Danny) have enlisted a handful of brave and intelligent individuals to write guest pieces occasionally for the blog. Our rapid growth since July 2010 (when we were born) has now made it essentially impossible for us to keep up with everything going on in the musical world (without having our heads explode, which would be lame, and/or probably painful). Since we definitely didn't want content to suffer, the solution: super awesome guest writers!

This particular guest writer is a certain Josh Davis, who hails from Milwaukee. He has written one piece for us before, reviewing the incredible Implodes cassette (read Josh's review HERE). Not only does he have excellent taste, he's also a musician, an eloquent and concise writer, and has been known in the past to answer to the mysterious name of The Fucking Wizard.

Below, Josh reviews //orangenoise's massive //veracious EP. We all unanimously agree that //veracious kicks all kinds of arse, and hope you'll enjoy reading Josh's take on the EP (for those interested, we also recently interviewed Talha Asim Wynne, of //orangenoise, which you can read HERE). The review follows bellow. Keep gazing. 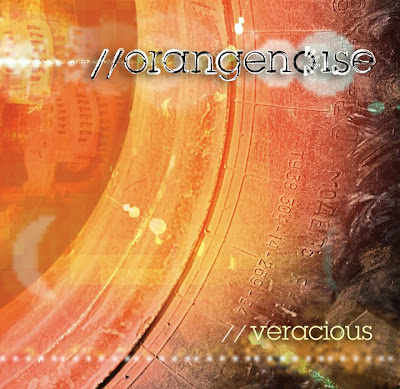 I'm always fascinated by a band's influences, and the effect it has on them, and me. Maybe it's from growing up reading rock criticism, who knows. I always like to know what a band listens to, though, and how they think it figures into their music. Culture isn't a vacuum, after all, and everything comes from something else. 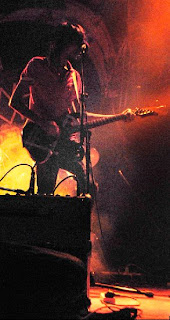 Sometimes, a band manages to combine their influences into something that they've never heard, but that the listener feels they recognize. This is nothing new, of course. I remember asking Rose from Poster Children if the first record by their side project, Salaryman, was influenced by the mighty David Byrne and Brian Eno record, My Life in the Bush of Ghosts. She denied any influence, and mentioned a kid who swore up and down that Pkids sounded exactly like the Sex Pistols. And the group of high schoolers we played with in Sacramento, years ago, that sounded like a less-dramatic Shudder To Think. They said they listened to Primus, mostly.

//orangenoise list a number of influences on their Facebook page, and guitarist Talha Asim Wynne shared even more of them in an interview on this very site. Very little of the list is what you'd expect to produce a perfect, twenty-years-lost-sounding British shoegaze EP. But that is exactly what they've done, with their debut //veracious.

Opener "Rabblerouser" brings a modern touch to a My Vitriol-esque song with burbling drum machine textures in the verses. "Trust" sinks the vocals into a drone stew, with a vaguely Indian feel, but busts out with a thudding 6/4 part. Rather proggy, and not in a bad way. "Veradicine" is a lovely slow drifter that reminds me of an old favorite, Canadian band Mean Red Spiders. And "On the Run" veers away from shoegaze, instead evoking the vocals of one of //orangenoise's explicit influences, Pink Floyd. Except it sounds as if Roger Waters is sitting in with Tsunami! 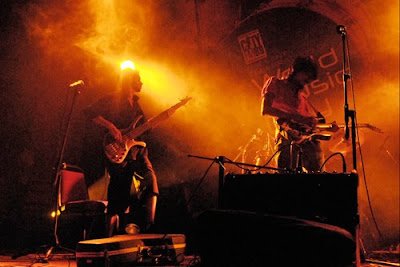 And then, finally, the masterpiece of this excellent record begins with a sound, to my ears, almost identical to "Slow" by My Bloody Valentine. Nothing wrong with that, of course. But in the midst of the first verse, the drums kick in. Not with the inexact snare rolls of Colm O'Ciosoig, but a perfect baggy beat straight out of the Stone Roses catalog! I'm assuming someone actually did this twenty years ago, and I missed it. It's too perfect of a combination not to have already been done. 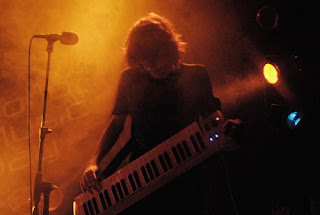 Or is it? Yes, kids, the ecstasy has kicked in again...this is "I Know Everything," and it makes me desperately desire more. But that's where it ends, for now.

It's a towering achievement, particularly for a debut record. The touchstones I've used here may be older, but this isn't some retro tripe. The sound is warm and modern. Don't believe me? Well, you don't have to take my word for it.

Just point your browser at their bandcamp page, and download this record. It's free! Go ahead, do it now. There should be absolutely nothing to stop you. It's the first best shoegaze record of 2011, and I can't wait to hear what they do next. Oh! They've already put something else up?

A New Place by orangenoisepk

Posted by When The Sun Hits - All things shoegaze. at 5:48 PM