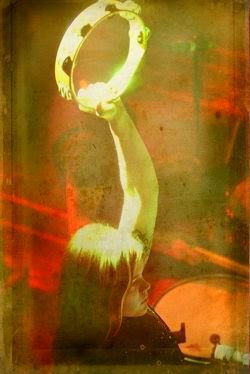 When The Sun Hits is very proud (and more than a little amazed!) to present the following interview with Zia McCabe: keyboardist, bassist, back up vocalist, rock and roll mom and quite a legend as a member of the rock band The Dandy Warhols. The Dandies were one of the few bands to keep the shoegaze/psychedelic flag flying high through the doldrums of grunge and post Nirvana grayness and on into the new century. For that alone, we owe them a debt of gratitude, but the Dandies are much more than just another shoegaze band - they are a band that defy genre labels. You simply cannot pigeonhole them. From nugaze to new wave, from 60's pastiche to kraut rock and back again, the Dandies are all of this and more, so much more. Now into their 17th year as a band (Wow!), the Dandies are still making relevant and exciting music. What more can I say except Dandys rule, ok? So without further ado, we present to you Zia McCabe of The Dandy Warhols...

1. How was band formed? How did you meet Courtney (Taylor-Taylor) and the guys?

Courtney and I had a mutual friend who worked at the Vancouver, WA Starbucks with me. I had expressed interest in being in a band, though I had absolutely no musical experience, somehow this guy thought I would be a good fit for Courtney's band. We met up about 6 months later (at another Starbucks, ironically enough).

The Dandy Warhols. Get Off. 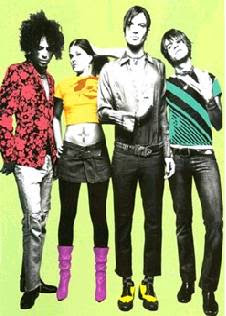 It was very ragtag like a bunch of music orphans clinging together to keep warm. Grunge was getting old and it was time for something new. Time for a moody lighting and vintage suits, time for psychedelic lounge music that's good for making out and taking drugs.

Now it's like Austin or any medium size hip city with lots of clubs, lots of bands in sub genres and niches, but still a great place to live and be a musician.

3. Where did the name The Dandy Warhols come from?

You see, there's this artist name Andy Warhol, who had this cool space called The Factory, with this cool scene of fuck ups... (Laughter. Yeah, not exactly rocket science to figure that one out, we suppose...) 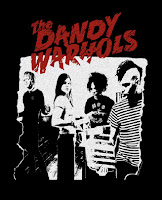 4. Who were your influences in the early days? And now?

My biggest influences have always been my dad's record collection, my band mates and marijuana.

5. When did you start playing keyboard? Do you play any other instrument(s) as well?

I started playing keyboard the day I joined The Dandy Warhols. I'm learning how to sing and play guitar.

Local bands: Hawkeye, Holy Children, sexywaterspiders, The Shivas. Aside from that I listen to a ton of vintage country and old school dub.

Books - I haven't been reading a ton lately, mostly Wired magazine, but I do love vintage sci-fi. 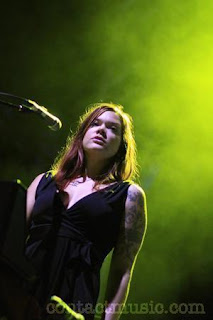 7. What sort of set up/gear do you use? What is the most important piece of gear for your sound (i.e. pedals, keyboard, guitars, drums, etc.)?

Most important piece of gear, without a doubt, is my Korg MS20, which is my vintage synth that I play all my bass parts on and plenty of other sick ass sounds.

I have a custom made bass cabinet that I also love very much. Oh and my Moog Voyager is super important, and my line 6 delay pedals too.

Courtney has written the vast majority of the music with us fleshing it out in rehearsals or the studio.

This current album however is all over the place, with all of us writing in all kinds of combinations. I'm very curious to see what comes of it. 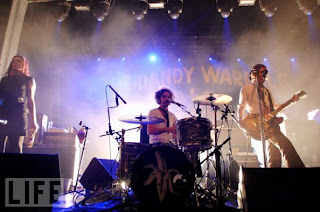 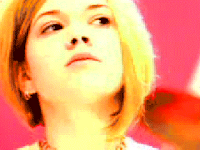 9. What do you think of modern shoegaze/dream pop artists? Who are your favorite new shoegaze bands, if any?

Does Pete International Airport fit into that category? (I would say hell yes!~Danny)

If so, I guess he would be my favorite.

10. Have you ran into much chauvinism in the rock world? If so, how do you handle it?

I ignore that shit.

The Dandy Warhols. Nothin' to Do. 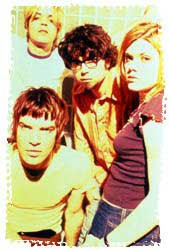 11. Has it been hard being the only girl in the band?

Being in any band (any intimate relationship can be hard) but I don't feel being the only girl made it harder. I'm pretty sure an all girl band would be the hardest for me....

12. Do you feel like you guys were represented fairly in the award winning rock documentary DiG?

I don't think fair is the right word. It's a story told from the view point of the film maker. Lots of stuff is missing but I still think it's pretty cool that it exists. It's just a shame that it's less about music and more about exaggerated drama. 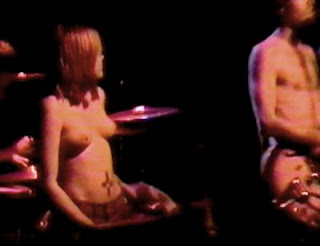 13. (Here comes a question I'm sure you are sick of, sorry!) Are you guys still close with Anton and the BJM?

Yes we are, as close as we can be with him in Berlin. I often think of a day in the future when we can do a world tour together.

14. What was the impetus for recording a version of The Runaways classic "Cherry Bomb"? Is there a release date yet?

We got asked by whoever it is that is putting the tribute album together, I love that we got asked to do "Cherry Bomb". Such an honor. 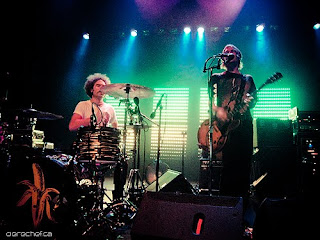 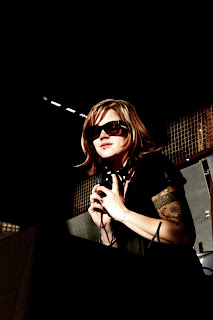 15. How have the shows been going this year?

But I know you've been waiting since last year for me to do this interview so I'll think back to 2010. We had very few stinkers last year. All the tours were a total blast and we're very much looking forward to getting our next album done and hitting the road again.

16. When will there be a new Dandy's album (besides The Capitol Years. which is out now!)?

Our goal is to finish recording by end of March. Cross your fingers! 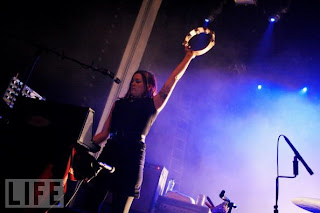