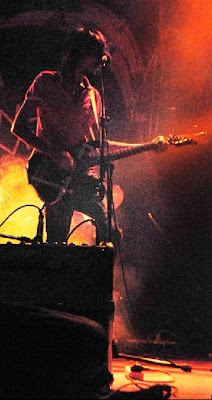 //orangenoise is a four-piece based in Karachi, Pakistan, and consists of the following musicians: Talha Asim Wynne (guitar, vocals), Daniel Arthur Panjwaneey (bass, vocals), Danial Hyatt (drums) and Faizan Riedinger (guitar). When //orangenoise's 5 song debut digital EP, //veracious, recently found it's way to the ears of When The Sun Hits, we were awestruck with the realization that they undeniably kicked ass and everyone needed to know. We are in the process of reviewing that very EP for you, but for now, check out the following interview with Talha Asim Wynne and learn a little about //orangenoise. We have a feeling these guys won't stay underground for too long. 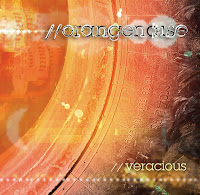 Me and Danny P (Daniel Arthur Panjwaneey) used to play psychedelic/post-rock ish stuff in another band (Look Busy Do Nothing) and Danial and Faizan had been in the Karachi scene for some time with their band Mole. In March last year these guys had a gig for which Danny P was playing bass and he told me that I should meet up with the Mole guys because they're doin' some whack stuff with sounds. I went to their gig after which we all chilled and got to know each other and that thing happened when all the perfect Tetris bricks start falling into position.

This EP had been in the works for the last 6 months or so and along side that we always had some jams that we had been putting aside, now that this EP is done we're looking to give form to those cached ideas. I guess another EP or maybe even a full length album could be possible in the near future. We're also currently working on changing and opening up the music scene in Pakistan, trying to get together cool bands and keep them in a close circuit so that a sense of community and musicianship can make way into the Karachi scene. As for tours, we've been playing shows in Karachi only so far, if an opportunity comes our we'd probably be out there anywhere making noise. We'll let nature take its course.

3. Where does the name "//orangenoise" come from?

Haha funny story, we had been jamming for a really long time without a band name, and we had to give in a name for this one gig we were supposed to play at. Me and Danny P exchanged a whole bunch of random names and finally we were converged to the point where //orangenoise seemed to be it. It made sense literally and otherwise. The slashes are there because they work in a lot of ways when you're on the computer, online etc... 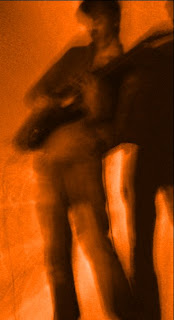 4. How is your music received in Pakistan? Is there a shoegaze scene there at all?

The EP made its way into the active music listeners circle here in Pakistan. Since it was an online release, it has spread as far as the internet would take it, and then beyond maybe with the random shares and file transfers that you'd expect among the listeners. Lots of people seem to be enjoying what they hear and owning the music because its coming from Pakistan. Usually you'd find lots of cover bands, playing hard rock/metal and the sorts all around, a shoegaze scene might not exist right now, but that's what we're trying to bring out. A new sound to hear when you go to see a show, y'know?

5. Do you consider //orangenoise's music to be part of the current shoegaze/dream scene, or any scene?

I think we're primarily a psychedelic rock band, the way our influences come in together just aligns us with the whole shoegaze/dream scene. On the other hand i would definitely consider our release to be kind of like our region's contribution to the whole new wave of shoegaze type music thats floating around. It's all essentially rock n roll. 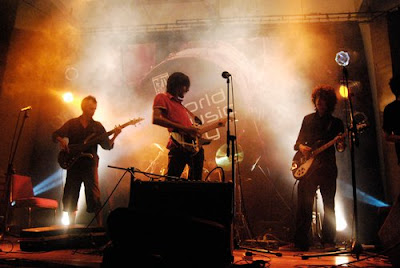 Absolutely. Me You Us Them is quite often on loop, really dig those guys, we're also big on A Place to Bury Strangers, Soundpool, Oceansize and then there's our Sweet Trip, Wild Nothing, Neon Indian and Incan Abraham moments. Although not shoegaze, but Tame Impala's been inside our heads for the longest now. 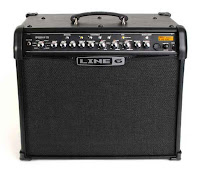 HAHA. I'd 'prefer' a whole bunch of things, but our setup is very minimal currently. I route my guitar into my Line 6 solid state amp and use the on-board effects. Danny P has a multi-effects box for his bass, which we all think looks like an alien swordfish. Recently, we've also been 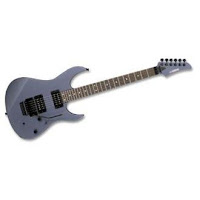 routing our instruments through our macbooks to make up for the lack of pedals. I guess my main guitar (Yamaha RGX 420s) would be most vital, only because it has the floating trem on it. Then again, who wouldn't mind a Jazzmaster while the floor's been decorated by Death by Audio while you lean back on some Orange amps? 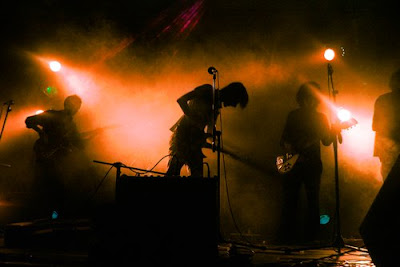 Since we're all coming from very different musical backgrounds, the influences are this whole mixed bag of trippy stuff, mostly psychedelic, Danny P digs Tool, Porcupine Tree and any thing that chokes a sub-woofer, I think Ira Kaplan's guitar playing is what amuses me most, the amount of energy he brings out is phenomenal, obviously Kevin Shields' experimentations, and as a musician I secretly adore Anton Newcombe and Frank Zappa's approach to doing things. Danial and Faizan bring in their dub-step/electronic influences, the spectrum of Warp artists and glitchy sounds and the sort. Those are, pretty much, the bricks in our wall of sound. 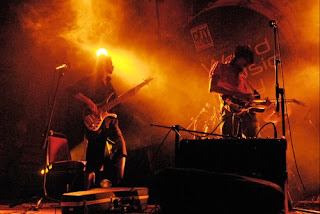 Aronofsky's recent gem, Black Swan, was another reminder of why he's such a mad genius, he's like Syd Barrett behind a camera. Gaspar Noe's Enter The Void was a treat to watch alone in a dark room. I'm essentially a jazz guy, would love to end up playing jazz when I'm 40 or something haha. I'm going through an Eric Dolphy and Derek Bailey revival these days. The rest of the guys are always discovering awesome new dub/electronic stuff and I get my filtered feed from them. I like Faizan's art, and Danny P is an amazing, amazing chef. He puts good restaurants to shame. 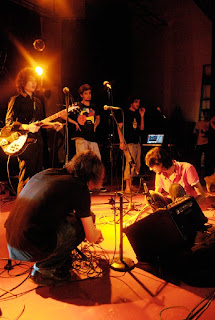 10. If you had to choose one //orangenoise track that was the ultimate definition of your sound, which would it be and why?

"I Know Everything". It's got that void you can lose yourself into when you listen to it. But when we're playing live, "Trust" seems to be the song the entire band sort of indulges selflessly into.

Take each day as it comes, filter out the positivity and keep it, then throw out the rest. Keep expectations below zero.