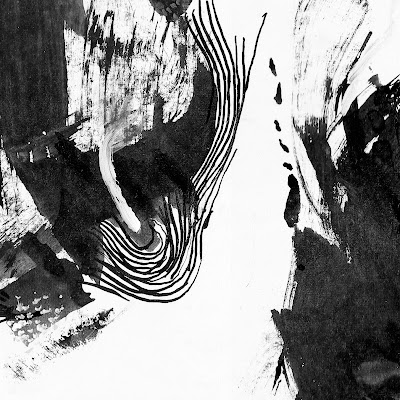 When The Sun Hits Reviews:

Ever since their first release in 2010, Leaving, Planning For Burial have had no problem showing off their wide range of influences. In the space of a few songs alone, the band can move from playing introverted “post-emo” (”Wearing Sadness and Regret upon Our Faces”) to overpowering drone metal (“We Left Our Bodies with the Earth”) – even takings queues from such disparate genres as slowcore, shoegaze, and black metal. However, never does this jumping back and forth between different styles come off as confusing. It rather all works toward a single, tender soundscape – a mature reflection of how genres can invoke particular moods and sensations.

On their most recent release, Quietly, we see the one-man band honing down on a more constrained style. Heavy, fuzz-laden guitars hit our ears right away in “Bleached Body,” but the astounding energy goes away as quickly as it comes. The guitars step back and reveal a crooning, whispering voice that speaks of isolation and disappointment – “I've got this body that holds no light / and it's all mine to keep clean.” Hidden low in the mix is the gentle voice of some girl, making us wonder: is the song an ode to lost love? We want to say yes, but the song paints us only a unclear image of melancholy and regret.

This sense of ambiguity doesn’t end there, though. The skeletal, fragile tone and lagging rhythm of “Warm but Empty” brings us ever closer to the singer’s harrowing sensitivity, but we also feel as if we are drifting away in a calm current of sound that makes us unsure of our standing. The final track, clocking in at over eight minutes, opens with a spectral drone and a guitar riff awash in undulating feedback. The song doesn't move much, except for the splashes of mellifluous pianos and shuffling tambourines here and there. And by the seventh minute, we feel as if we are moving nowhere – the singer giving us no clues to his whereabouts.

From a distance, these songs sound distant and removed, like ghostly figures moving through the dead of night. But once you get closer and see what lies behind the shadow, you unearth a core of painstaking intimacy – a portrait of melancholy, nostalgia, and mourning. So when I talk about the ambiguity of this release, it is actually a compliment of the highest regards. There’s an enthralling complexity to all of these songs, even though their spectrum of emotions are only a snapshot of those the band has previously explored. Quietly represents an artful progression on the band’s behalf, showcasing both their newfound confidence with songwriting and stylistic maturity. They’ve realized that emotions don’t need to be lucidly represented by distinct shifts in style, that rather emotions can be their most candid and effective when expressed, well, quietly.

If you’ve never listened to Planning for Burial before, prepare for a listening experience that’s a truly “stop-you-in-your-tracks” kind of moment. Highly recommended.