When The Sun Hits
Interviews
Andrew Saks of Sway 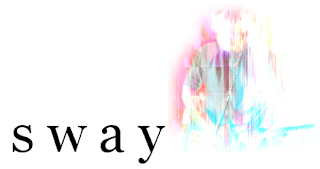 Sure, right now I'm just finishing up the follow-up to This Was Tomorrow, which will be another full-length album on Saint Marie Records.  This Was Tomorrow was put out in 2011 and was technically the last Sway album to feature the full band.  Most of it was recorded around 2008 to 2009 before we stopped really playing together as a group.  The album differed from the earlier Sway stuff as it incorporated a lot of electronic influence in the form of chiptunes stuff, which was basically programmed and sequenced Nintendo Entertainment System sounds and a bit of Gameboy.

The new stuff I'm working on now is all my stuff.  I'm returning a bit to the vibe found on The Millia Pink And Green EP, but while maintaining the chiptuned stuff.  This time it's 75% guitar and 25% Gameboy and drum samples. 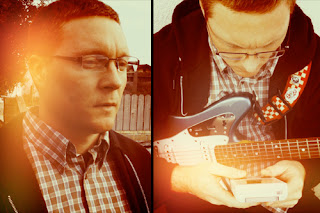 I suppose Sway is part of the shoegaze scene, although sometimes I feel like a bit of an outsider in some ways.  It still seems strange to me that there are so many bands out now that are doing this "style" of music.  When we started, it definitely had kinda gone out of style, and there were a few bands popping up here and there, around the early 2000's.  I remember how very few audiences got what we were doing.  It was either "um, that's just weird...turn up your vocals" or "you guys sound like Cocteau Twins, I hate Cocteau Twins..." It might just be because we were so close to Los Angeles where there is so much crap. There were people locally that did get it though and were very loyal and supportive.  I'm only mildly bugged by shoehorning music into genres.  It bugs me when that bugs people.  :) I think what most people consider Dreampop is what I would consider Sway   I've always liked that label.


What do you think of modern shoegaze/dream pop/psychedelia artists, any favorites? 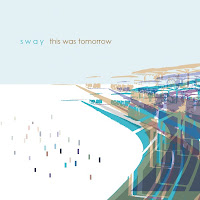 I feel bad, but I really don't listen to too much modern shoegaze stuff.  At least not for the last several years.  I do sample and follow lots of bands out there to see what others are doing. There are some bands I really dig like Her Vanished Grace, Daniel Land, The Sunshine Factory, and Jet Man Jet Team. Daniel Land is my fave.  Brilliant. There are a lot of good bands out now.  I'm jealous. :)  I personally enjoy listening to jazz, surf rock, rockabilly, and electronic stuff.

Most of my current guitar stuff is all done with emulation software on the Macintosh platform. I'm a Mac fanboi and when it comes to Sway stuff, these days I use software as my creative outlet.  I used to use about 7 or so pedals live and a couple more to record, but I've found the software stuff to be just as good for recording if not better.  I like having infinite possibilities, but having to know when to say when with effects.  I'm definitely not , nor have I ever been a purist or gear snob.
I like Fenders and Gretsch guitars and Fender amps. 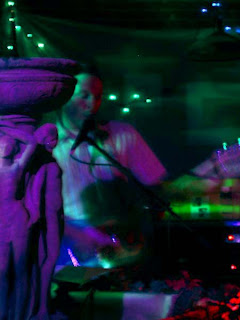 Everything I do is in my home studio which is based around a Macintosh running Logic Pro and Ableton Live. I also used Propellerhead's Reason on This Was Tomorrow.  I am a home recording guy. I have a degree in audio engineering so that helps.  I like DIY stuff if it sounds half way decent.

The industry needs to die.  Fuck the major labels.  I think it's a positive that the digital revolution has shaken so much up.  The only thing that bothers me is the piracy thing.  Bands and artists selling and promoting their own stuff is the way to go, but the old big labels, big radio models must be destroyed.

Hmmm, this could get me in trouble.  In general, I'm not in favor of record labels anymore, especially in this day and age with the internet being what it is. Having said that, a cool record label creates a scene and is sometimes essential for promoting a genre.  I decided to release stuff with Saint Marie Records because they were faithful Sway fans, I liked their ideas for the label and the kind of bands they were looking to go after, and I liked the idea of being part of a musical family for a change, rather than just a mysterious little band from Southern California that no one knows what happened to.  Especially since Sway doesn't really tour (at least for now). 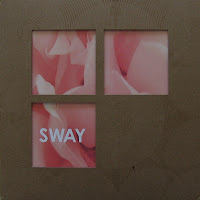 I love hi-res digital music and vinyl.  I think that's how everything should be released.  I love the vinyl LP or EP with downloadable version model for  releases.  Vinyl records sound the best and are great because they are like big ol' pieces of art, and it kind of forces music listening to be an event rather than background noise while you clean your house.  Digital is amazing because if the immediate availability.  Buy a turntable if you don't have one.

Currently into Elvis early recordings.  Always into old rock and roll stuff. Always into Tolkien.  My favorite book is Lord Of The Rings. My favorite movie is Eternal Sunshine Of The Spotless Mind.  I enjoy reading art and architecture magazines. 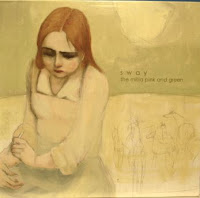 Jesus.... I don't think I've written it yet.  Maybe "Thirty Seven Miles Beside The Ocean" from This Was Tomorrow, or "Fall" from The Millia Pink And Green EP.

No.  :)  Kidding.  Um, I usually come up with stuff like melodies or progressions in the shower, while driving, or in dreams and I do my best to sing them into a recoder or my iPhone.... Then I figure them out later on guitar.  Lyrics happen the same way. Sometimes I just mess around and come up with something that evolves and changes until it's recorded.


What is your philosophy (on life), if any, that you live by?

I love my wife and my kids. I love music because it's my soul. I don't have a motto or anything.  I'm a 35 year old dad with a full-time job, and in my spare time I like to make music that I think will move people.  I think music is probably the deepest most emotional form of human expression, and it's the closest thing I have to religion.  Other than old school video games. 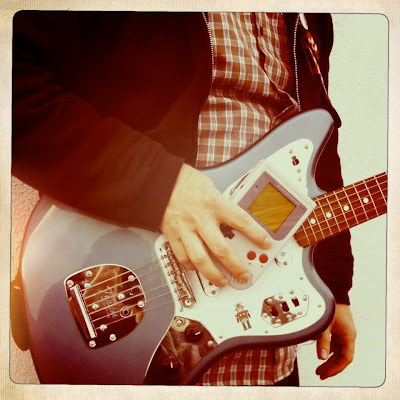