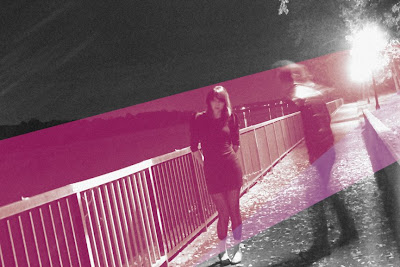 When The Sun Hits
Interviews Todd Mendelsohn
of Lockets

How and when was the band formed?
Todd: I started recording as Lockets in 2009 with a friend of mine in Philadelphia. We had some really lo-fi versions of a few of the songs that appear on our debut record, Camera Shy. We weren’t really seeing eye-to-eye creatively, so I decided it’d be best to go it alone with the project. I had always envisioned the music having female vocals, so after trying to work with a couple of different singers, Dani came into the picture. We were already friends and knew each other through the Philly music scene. She had heard some of the early Lockets demos and expressed interest in working with me. We gave it a shot in the spring of 2011 and it’s been working ever since. 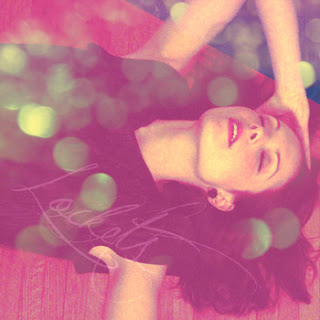 Can you tell us what the band has been working on and what you've got forthcoming in the near future (new releases, tour, etc.)?
Todd: We have our first full-length, Camera Shy, coming out on vinyl courtesy of Beautiful Strange, which is a label based in London. The official release date is December 3rd in the UK and December 4th in the US. Right now we are recording new material. It’s been a while since we’ve sat down to write songs, so that’s the priority right now. People should expect a new release by the Spring of 2013, most likely an EP. As far as touring is concerned, we’re still trying to figure out how that will work, but we’ve been playing quite regularly here in Philadelphia.

Do you consider your music to be part of the current shoegaze/dream pop scene, or any scene?
Todd: It’s certainly valid to place us into the shoegaze dream pop category because those genres are pretty good descriptors for the type of music we’ve been putting out. We never really thought about being considered part of any scene because we never figured that anyone would give a shit about us. It’s always exciting to be mentioned next to artists that we are also fans of. Rough Trade recently compared us to Tamaryn and we were just thinking, “Wow, she’s so much better than we are, but hey we’ll take it!”

Defining one's sound by genre can be tiresome, but do you feel that the band identifies closely with any genre?
Todd: I think we most closely identify with dream pop, but our influences range from a variety of genres. I draw inspiration from everything from 90’s R&B to Black Metal. 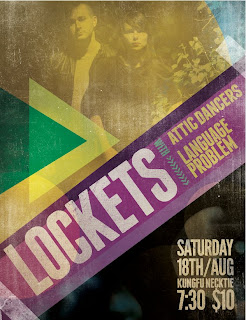 How do you feel about genres in music, in a general sense?
Todd: I don’t mind them at all. People categorize things, it’s what we do. Also, it really helps me organize my vinyl collection.

What do you think of modern shoegaze/dream pop/psychedelia artists, any favorites?
Todd: There are so many artists making great music in these genres right now that it’s difficult to keep up with it. I’m not sure if all of these fit neatly into those categories, but some current favorites are Twin Shadow, Niki and The Dove, M83, Tamaryn and Grouper. Whenever I listen to Grouper I am just floored by how achingly beautiful her music is. She’s in a league of her own for sure.

What is the most important piece of gear for your sound? Any particular guitars/pedals/amps that you prefer?
Todd: My guitar and effects pedals are the most important part of our sound. I use a Fender Jazzmaster exclusively on the record. As far as effects go, I love the Roland Space Echo, it’s on everything. I also like to combine several chorus pedals to really make the guitars sparkle. Right now I’m combining a Boss Chorus Ensemble and a late 80’s Japanese issue of the Boss Digital Dimension. For leads I really like the ZVEX Fuzz Factory and recently I’ve been using the 85’ Proco Rat Reissue (cheaper than the 85’, sounds just like it). I’m using a Nord Lead 3 for synths right now. The new songs we are working on now have been really synth heavy.


What is your process for recording your music? What gear and/or software do you use? What would you recommend for others?
Todd: I always demo tracks at home first on Pro Tools and I use Reason for drum programming. Sometimes I’ll use Midi plug-ins for synth sounds just to have more options. Dani will usually record scratch vocal tracks with me once the music is just about finished. Once we feel like the song is ready, we go to a professional studio and record most of the tracks over again. About half of the tracks I recorded at home make it to the final track. The synth player in our live band owns the studio we use, so we’re afforded a lot of flexibility there. 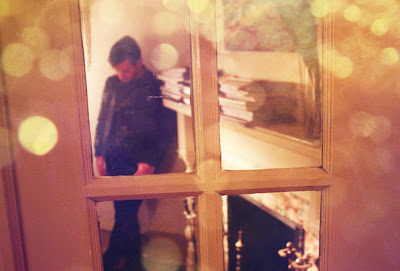 I definitely recommend getting home recording software for those who are interested in creating music. It really helps in the music making process when you have the capability to do your own recordings whenever you feel like it without having to go to a professional studio. It’s also way less costly when you come to a recording studio with a song that is completely fleshed out and ready to go as opposed to trying to write it from scratch there and paying by the hour. I also recommend getting an external hard drive to back up your recordings; I know this from firsthand experience.

How do you feel about the state of the music industry today? There is no doubt a massive change underway; how do you see it and do you feel it’s positive at all?
I think that the internet has played a huge role in leveling the playing field and allowing lesser known artists to get their music heard. I think that this is ultimately a good thing. If you are making music and it’s quality stuff, there’s a much stronger chance that people will hear it now. 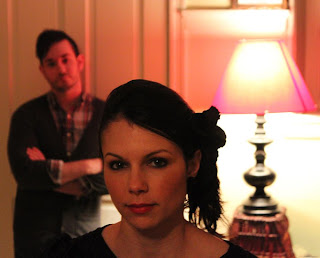 When it comes to label releases versus DIY/bandcamp and the like, what is your stance, if any?
Todd: I’m indifferent. Labels can do things for bands that they might not be able to do for themselves. I think that there are a lot of great indie labels out there that are helping to promote some great artists. I admire labels that stay true to a certain aesthetic and focus on keeping the quality of their releases very high. Labels like Italians Do It Better, Captured Tracks and Cascine come to mind. We are very happy to be on our label, Beautiful Strange. Our record would not have seen a vinyl release without their support.

Do you prefer vinyl, CD, cassette tape or mp3 format when listening to music? Do you have any strong feelings toward any of them?
Todd: When listening to music I prefer CD’s. They have the best sound quality by far. Mp3’s are easier for most people, but when you compare the sound of an Mp3 to the sound of a CD there is an obvious difference. As far as purchasing music, I prefer vinyl. There’s nothing like a beautifully packaged vinyl record. Unfortunately CD’s feel a little too disposable these days. 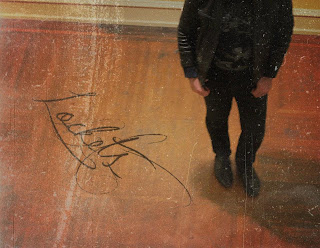 What artists (musicians or otherwise) have most influenced your work?
Music that came out of 4AD from the late 80’s and early 90’s is a big influence, Cocteau Twins especially. The way Robin Guthrie was able to sculpt these amazing textures of sound through a guitar was very inspiring for me. Kate Bush is also a big influence; Hounds of Love is one of my all-time favorite albums. I listen to a lot of different styles of music, so influences from Japanese psych-rock groups like Shizuka, Ghost, and Fushitsusha, as well as influences from ambient/drone artists such as Andrew Chalk and Christoph Heemann creep into our music as well. Pop music will always be at the center of what we’re doing, so there’s a healthy dose of 80’s pop influence from artists like Madonna and Debbie Gibson in there too.

Can you tell us a little about what you are currently into (books, films, art, bands, etc.)?
Todd: Lately I’ve really been into Niki and the Dove’s record, Instinct, that came out earlier this year as well as the new Bat for Lashes record, The Haunted Man. Also, I’ve been really digging the horror soundtrack vinyl releases that have been coming out of the Death Waltz label in the UK. I just picked up the soundtracks for Lucio Fulci’s Zombie, John Carpenter’s Prince of Darkness and Halloween 2 & 3, and Jorge Grau’s Living Dead at Manchester Morgue. I’m a big fan of horror films, particularly Italian horror from the 70’s and 80’s. I’m obsessed with directors like Dario Argento and Lucio Fulci; Supsiria and The Beyond are my favorites. As far as books go, I’m finishing up a bio on Kate Bush called Under the Ivy and Julian Cope’s Japrocksampler.

If you had to choose one track that was the ultimate definition of your sound, which would it be and why?
It’s kind of tough to pick one. Our first single, "Camera Shy," pretty much covers it. The song has it all, the heavily layered, reverbed out vocals, lazy electronic drum beat, intertwining of heavily effected guitars and synthesizers, and the screeching guitar solo at the end.


Can you tell us a little about the band’s song writing process?
Todd: I always write the music to our songs before Dani and I get together to write the vocals. Working on the music is typically a solitary process for me. Some songs I’ve written in a day or two, others I’ll work and rework for weeks. We’re not one of those bands that crank out a lot material in a short amount of time. It has to feel right for us to start work on something new. I demo a lot of bits and pieces of songs on my own and then I just end up tossing them because I feel like there’s something missing. I don’t know how to describe what that something is exactly, but I know it when I hear it. I don’t like to force the songwriting process. I have to really want to do it; otherwise nothing of quality will come out.

What is your philosophy (on life), if any, that you live by?
Be sure to make enough room in your life for something that you are passionate about and just do it. 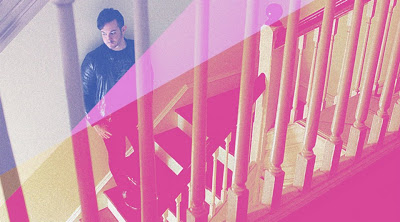