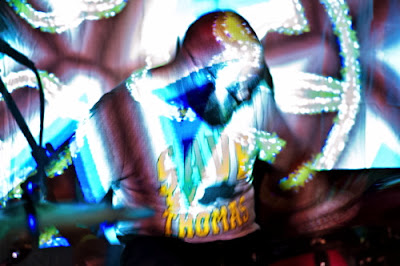 The eighth edition of Deep Heaven Now takes place this coming weekend at two venues off Somerville’s Union Square, Precinct and PA’s Lounge. A $10 ticket gives access to both venues for that day. Among the festival’s visiting dignitaries this fall are WTSH super-favorites Is/Is, Brief Candles, The Stargazer Lilies, and Dead Leaf Echo. Visuals will be provided by Joe Turner and Joe Beaton.

We recently caught up with Jinsen for a session of Q&A about Deep Heaven Now. Ana Karina DaCosta, Jinsen’s partner in 28 degrees taurus, who provides Jinsen with input and moral support for the festival as well as handling many details, chimed in at one point as well. 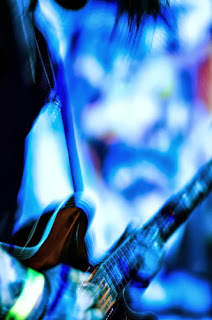 Can you tell us a little bit about the 90s history of Deep Heaven? Did you get to attend the festival in those days, maybe as a kid? How did you learn about it?  I was in attendance for several of the Deep Heaven festivals in the 90s and that’s what made a lasting enough impression on me as a kid that made me want to revive it later on. I heard about it through word of mouth and random posters around Boston for the events that happened from time to time. I think there were about nine to ten of these back in the late 90s and they always had great acts.

What inspired you to revive Deep Heaven in 2010?  I always kept the spirit of the original Deep Heavens in my heart as a community and artistic ideal but it was also attending some of the All Tomorrow’s Parties festivals with the 2 stage format and vibe that they had. I wanted to combine them.

What is the relationship between Deep Heaven Now and your music project, 28 degrees taurus? Which came first?   28 degrees taurus came in 2005…that definitely came first. We’d been going a few years and finally felt the time and place and time period was right for us to host and revive the event. The scene was good locally, regionally and nationally and there seemed to be a spirit in the air that needed to be captured and made cohesive.
Ana Karina DaCosta: I just remember Jinsen telling me that he was going to start a festival, so I said, good for you. You should. I didn’t want to be too tied to it because Jinsen is capable of anything he puts his mind to and he shares so much with me already that I wanted the festival to be his success every time independent from his and my friendship. He is a grateful student to his local predecessors and respects them a lot. It’s a nice thing that he does.

Did the first Deep Heaven Now that you ran go smoothly? Were there hassles, surprises? How was it received?  It went surprisingly well because it was a first one and because we didn’t expect anything from it. It got a lot of press and was received really well with surprisingly few hassles.

Has attendance grown over the time span that you’ve been doing the festival?
Attendance has remained steady mostly because instead of getting big national acts I tend to focus on little to moderately known local to regional ones because I think people are always looking for something new.

What have you learned from doing the festival?  That there’s a community out there if you’re willing to take the time to find it.

How do you handle the complicated logistics and hectic nature of working with all those artists and putting together a complex two-day event? What kind of help do you have?  I use the Force…And have very good lieutenants in the two door people handling the administration of the event as well as great sound and video people.

Who are some of your favorite people, bands, and artists that you’ve met through doing the festival?  Too many great people and bands to name. Everyone was all part of the overall picture of each unique event. It’s one of those things that you just had to be there.

Can you give us a sort of mission statement for Deep Heaven Now, a sense of what motivates the project?  To give people into the shoegaze/psych/ambient/experimental rock/pop/noise genres a place to go to where they feel they belong and can find other like-minded people.

Can you give us a few highlights of the upcoming Deep Heaven Now 8?  I told myself that I wouldn’t do an event unless the local talent pool was deep enough to turn over each time and offer something new. There’s something about Boston that has so many special bands that inspire each other that new bands and sounds keep popping up. All the out of town acts like Is/Is (MN), Heaven (NY), Dead Leaf Echo (NY), Stargazer Lilies (NY), and Brief Candles (WI) will be really special highlights too. 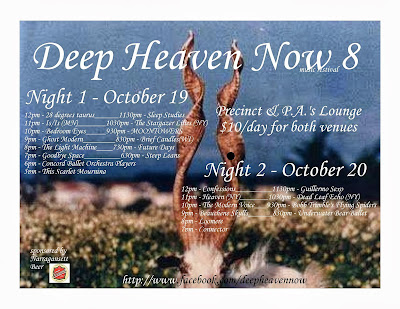 Night One (begins 5pm at Stage One)