Strange Week in Music
on the Strangeways Radio Blog

When The Sun Hits is now contributing to a weekly blog feature on the Strangeways Radio blog called Strange Week in Music. The full article can be found on the Strangeways blog; WTSH cross posts it only partially, with a link to the full article provided. Strange Week in Music gives each Strangeways DJ an opportunity to highlight one track that is related to his/her show that week; the article will include information, links, images, a video/stream of the tracks and where they can be purchased. You can think of it as Strangeways' Week at a Glance. 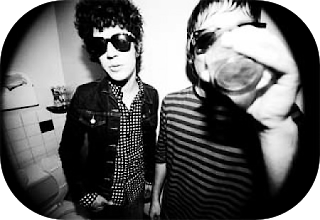 Artist: Crocodiles
Album: Crimes of Passion (2013)
Song: She Splits Me Up
RIYL: The Jesus & Mary Chain, The Las, Stone Roses
Where to Buy: Amazon

Crimes of Passion, Crocodiles' 4th studio album produced by Sune Rose Wagner (The Raveonettes), finds the band still doing what they do best - wearing their Brit-rock influences visibly on their sleeves, but widely avoiding becoming just another JAMC throw back band. The album shines most on tracks like "She Splits Me Up" - well-paced, expertly crafted pop songs surrounded in fuzz and nervous energy...

Posted by When The Sun Hits - All things shoegaze. at 9:37 PM