Take a look at Club AC30's artist roster and prepare to be impressed.

Duly impressed, then? Me too! AC30 Records has it's finger on the pulse of shoegaze and dream pop, the best of the best. And Club AC30 (which consists of Robin Allport, Nick Allport and Duncan Jones) isn't just a record label - they also organize regular live music nights in London, featuring bands doing noisy guitar, dreampop, post-rock and electronica, as well as regular dedicated djs. When The Sun Hits is clearly honored to feature them in our 6th Record Label Spotlight feature.

Record Label Spotlights include an interview with the label, tons of information about the bands on the label (including in depth spotlights on 5 bands on the label), videos, links, photos, resources, and a FREE mini sampler put together exclusively for When The Sun Hits readers by the record label. In short: It's a win.

Interview: Robin Allport of Club AC30 Records.
1. How did AC30 Records get its start?
Due to boredom mainly, we started the live nights at the same time and they both were a reaction to the yawn-worthy London scene. I'd had experience of running shows before, and my brother Nick had run record labels - so it was an easy thing for us to do.

2. Would you consider AC30 Records to be a shoegaze and/or dream pop oriented record label?

Not by design, no. It just so happens that most of the music we're into sounds like that. I think we all have an internal barometer telling us what sounds amazing, and we just put out records by bands that do this for us. 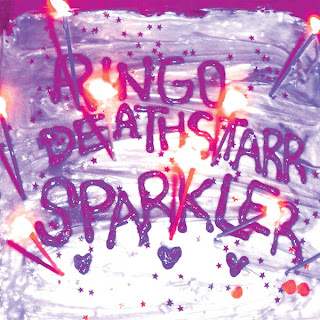 It happens in various ways. We might read about a band that sounds interesting, or hear from lots of people about a new act. We might get sent a demo by a band, a soundcloud link, or an MP3. We might happen to catch someone at a gig that blows us away.

There's no specific sound, if it happens to hit the spot, and if we have time and money to do it, we will.

4. Who are the 5 most recent shoegaze/dream pop acts to be represented by AC30 Records?

Working backwards from releases on the label, that would be Deep Cut, Ringo Deathstarr, The Megaphonic Thrift, Spotlight Kid and Exit Calm. 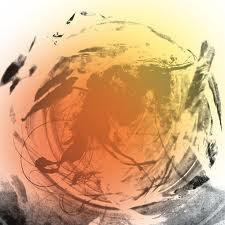 Quite interesting! It's funny because there's two scenes in my view. You've got the "real" shoegaze scene, at the roots level - which gets almost no attention from the mainstream media. So there's bands all over the world who are really excellent, many of whom have been doing this for years. Then you've got the media's perception of the modern shoegaze scene which is bands like The Horrors - who to my mind are nothing to do with it (although their new album is really rather great - but not even remotely shoegaze, imho).

It's just great though to see such a global scene with many great bands in each country coming through all the time.

The original ones from my youth. Creation, Dedicated, Che / Cheree, etc. But also the iconic ones that weren't necessarily part of that scene, like Rough Trade and Factory.

7. Can you tell us a little bit about what's currently going on with AC30 Records (new releases, new bands signed, tours, etc)?

There's loads going on. We've got the new Deep Cut single and album coming out, then a single by Ringo Deathstarr in October. After that, there'll be new albums from The Megaphonic Thrift, Ringo Deathstarr, Daniel Land & The Modern Painters, Exit Calm, and also the new project from the ashes of Air Formation called You Walk Through Walls.

No Heart (Home Demo) by YouWalkThroughWalls 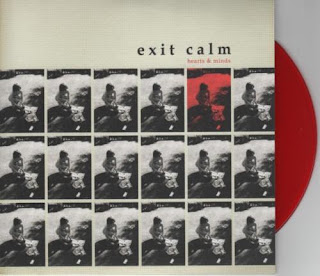 To keep putting out records that people want to listen to.

What goes around, comes around. 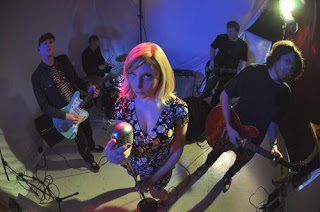 Mat Flint was a founder member of early 90’s Virgin/Hut band Revolver, and played bass guitar in Death In Vegas for ten years. He also had a lengthy spell doing the warm-up slot at the Heavenly Social/Jukebox at Turnmills for four years, playing hip-hop records. The band’s first single “Commodity”, released on Club AC30 in May 2007, was produced by Tim Holmes from DiV.

With this kind of history, vision, and range of influences, Deep Cut are clearly a must check out. 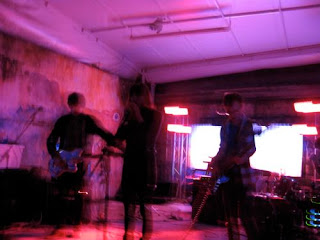 Ringo Deathstarr is a shoegaze band from Austin, TX. I've delighted in saying their awesome band name (and playing their music, obviously) on the radio for years, and it's so good to see this band starting to get real recognition for the excellent tunes they've consistently released. Channelling diverse influences such as MBV, Fugazi, The Cure, The Smiths and The Velvet Underground into a uniquely sonic fingerprint of their own, the band released their first EP in 2007. This was followed by a string of singles and a series of international tours hitting both coasts and the streets of the UK and Japan.

We honestly couldn't recommend this band highly enough. This is certainly not the first, nor the last time we've lauded this band's wealth of talent.

You Walk Through Walls 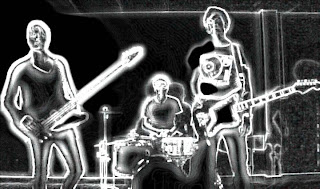 Remember Air Formation? They were a shoegaze/dream pop/space rock formed in Sussex, England in 2000. They were fucking awesome, and when the band called it quits in April 2011, I was baffled and heartbroken. Just last year they released their fourth (and final album), Nothing to Wish For (Nothing to Lose), which was one of the blog's top albums of the whole YEAR, and a damn fine record.

But in June 2011, it was announced that Matt Bartram 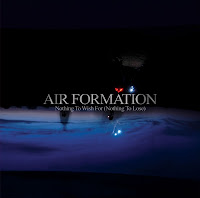 (whose solo stuff had always been a pleasure to listen to, as well) & James Harrison (of Air Formation), together with Harry Irving, formed a new band named “You Walk Through Walls”, and it's been announced that there will be official debut material due in 2012.

As you can imagine, I was BEYOND STOKED. This is a band name you should catalogue away in your mind in anticipation of a future release, as it is certain to be incredible. Until any official releases hit the world, follow the band's Facebook page - it is updated often and demos are often shared there. Check out an early track by the band below! 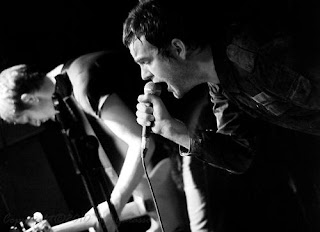 Exit Calm is Nicky Smith (vocals), Rob Marshall (guitars), Simon Lindley (bass) and Scott Pemberton (drums). Two years of committed touring has built up a dedicated and adoring following, mesmerised by the monumental, rousing sound of the South Yorkshire four piece. Coming from the Northern school of integrity and determination, their hard work ethic means they’re now reaping dues through their debut self titled album, which was produced by Paddy Byrne (Unkle, The Hours) and renowned mixer and remixer, Ulrich Schnauss (whom WTSH has adored since our inception).

With each member owning an equal part in writing, there is no doubting that this is a group, in the very real sense of the word, who are fervently in control of their sound, vision and future. Their live shows carry the same sense of tenure. In fact their first test came with their first proper gig – in Tokyo. They spent every minute of every day in the run-up to their show, scrutinizing every aspect of each song to make sure they did themselves justice.

The band travelled the UK last year supporting the likes of Echo and The Bunnymen, The Charlatans, Modest Mouse and Soulsavers; and have overcome any setbacks with their gritty self-belief and northern optimism - including their tour van blowing up on the M1. With the momentum the band now has, and a debut album of such magnitude it’s impossible to see anything stopping them.

Exit Calm - four young men who have dedicated their lives to their music and the results are what people have been waiting for, This is the start of something truly beautiful, and at last we have a band to believe in. 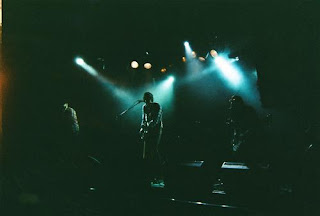 The Megaphonic Thrift, is the new project of Richard Myklebust formerly of Stereo 21, Linn Frøkedal and Njal Clementsen of Low Frequency In Stereo and Fredrik Vogsborg of Casiokids and Syme.

Built To Spill, Sonic Youth, Swervedriver and Guided By Voices are the most common references, as their tunes span from fragile moments to huge walls of guitar noise. The band have have labeled their music noise-pop with elements from shoegaze.

They released their first 7-inch, “Acid Blues/Mad Mary” in November of 2008. 2009 saw the band tour exstensively, playing Roskilde, CMJ, Iceland Airwaves, Øya and Ragnarock among others. They signed an international deal for their first EP with Deadly People Records, the new company of ex-Modular-executive Phil Hutcheon. A Thousand Years Of Deconstruction was released December 2009.

2010 saw the band them touring relentlessly, and all of their hard work has paid off. With several releases and a following that is gathering momentum all the time, you would do well to get on board and have a listen to this excellent band!

http://download.macromedia.com/pub/shockwave/cabs/flash/swflash.cab#version=9,0,28,0
fpdownload2.macromedia.com
Posted by When The Sun Hits - All things shoegaze. at 10:15 AM