The Deadline to Submit a Track for WTSH's Next Compilation is 5 Days Away!

The deadline to submit your band's track for When The Sun Hits' next compilation, Three.Hundred.Thousand, is closing in!

At midnight on Monday, October 1st, 2012, we are officially NOT taking any more submissions.

We've received some amazing tracks already, and yours should be among them, so get to it. All of the info you need to know to submit a track is below, so scroll on down for details. But first, lets discuss some logistics.

So, the compilation will be released in December 2012. Perhaps you're asking yourself - WTF will we be doing with all of those submissions for the 2 whole months in between the deadline and release of the compilation? Starting next week, WTSH will be doing a Band Submission Spotlight post several times per week, highlighting some of the rad material we've received. We'll give you links and info on the band, tell you why they are awesome, and urge you to check them out. There will be pretty pictures and well-placed expletives, as per usual, since that's how we fucking roll. 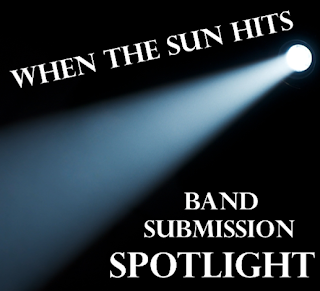 Also starting next week will be track submission highlights via the radio airwaves, as both DJ Amber of When The Sun Hits on Strangeways Radio and DJ Rav of WZBC Flyweight take some time out of both of their radio shows to air some of the gold that's been submitted. More detailed info on that soon, but for now just know that it kicks off next week and it will be super cool and stuff.

If you were around for the first 100,000 views, and then 200,000 views, then you know that at each of those milestones we released some pretty sweet shoegaze/dream pop compilations (The First 100,0000 and 200,000 Gazes Volume 1 and Volume 2, respectively). These comps consisted of donated tracks we received by calling for band submissions from the gazers and dreamers out there. We released the comps via Bandcamp, as free downloads, and both of them ended up having a much larger circulation than we could have ever anticipated (which is fucking rad, because all of the bands deserved that exposure). Which brings me to my point -


We are now taking submissions for our third compilation, Three.Hundred.Thousand.
The following is what you need to know:

It will be ONE volume, consisting of 30 tracks, end of story. No multi-volume madness this time (although we aren’t TOTALLY divorced from the idea…). However, since we get a load more submissions than will end up on the comp (last time we got about 250 entries), we want to give credit and exposure where it is due, SO –

When The Sun Hits has teamed up with Rav of WZBC Flyweight radio program to help us spread the Awesome via the radio airwaves. Rav and Amber will both feature compilation submissions on their respective radio shows throughout the Fall of 2012. Not only that, but WTSH blog will be featuring a weekly piece that focuses on superior compilation submissions. The idea is to get everyone maximum exposure.

Basically, if you submit a track for this compilation, there is a good chance you will:

a) get aired on the radio
b) be featured on the blog
– and then of course, you could end up on the compilation, too! Read on to find out how to submit a track for consideration.


THE DEADLINE FOR SUBMISSIONS IS
OCTOBER 1st, 2012.
NO EXCEPTIONS.


The compilation will be released via Bandcamp in December 2012.

- Submit your track to editorwhenthesunhits@yahoo.com. You MUST put "300,000 Compilation Submission" in the title of the email, or be forever lost in the insanity that is our email.

- You can submit ONE track, in mp3 format only. Don't flood our email with multiple submissions or .wav files, please! Personally, I love .wav files, but they are huge and cumbersome in an email.

- Don't waste our time submitting a track with poor sound quality. Seriously. If you are recording music, you know the difference between good and bad audio quality. Use these skills. And there IS a difference between lo-fi and just plain bad quality. GOOD QUALITY AUDIO ONLY PLEASE.

- In the body of the email, you need to put 3 things: a) your/your band's name. b) The track title. c) links to anything promotional (bandcamp, a fb page, WHATEVER), if you have it.

Have any questions? Email editorwhenthesunhits@yahoo.com with a subject of "ATTN AMBER: compilation questions" and I will answer them. Don't message myself, Danny, Rob, WTSH, or any other WTSH staff via FB about this.

Pretty easy, right?! We are so stoked to hear what you guys have! Amber and Rav will update you more soon on the chance to get your band aired on the radio, so stay tuned.

The Three.Hundred.Thousand compilation will be even more widely circulated than the first two, so get onboard! Feel free to share this note with anyone you know. Ready, set, GO!!
Posted by When The Sun Hits - All things shoegaze. at 8:37 AM