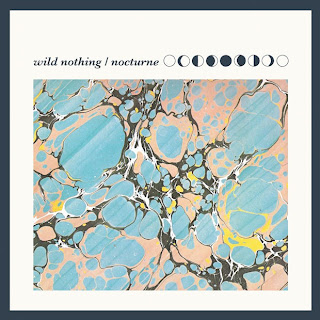 Love, dreams and all the pretty things...


Do you know that feeling when an album makes chills go through your spine? Well, Nocturne, the new Wild Nothing release, is exactly one of those albums. It's like someone channeled the whole world's happy thoughts (with a hint of melancholia) into one single album. Yes, it's that good!

The first time I listened to this, I was outside, alone in the city streets, because it was raining pretty hard. I only wish you could imagine what was going on in my head while I was listening to the title track then, for the first time. It was like a vortex of joyful memories and I enjoyed every second of it. That just shows the great amount of musicianship and effort put into making this personal little masterpiece.

The album consists of 11 tracks filled with different, heart-warming guitar melodies, all of them uniquely synchronized with high and low-pitched clean male vocals, both being perfect, and everything is spiced up with some great reverb, making an even better atmosphere. All songs are mid-tempo and 3-4 minutes in length.

The sound itself kind of reminds me of Blue Öyster Cult's Agents of Fortune album, which is one of my favourite rock albums of all time, so that makes me appreciate this album even more. This album, like all albums, of course has its flaws - though quite minor - one of them being the fact that there is too much electronica, for my taste, at least... but hey, to each his own, right? A lot of people are sure to find that appealing.

The lyrics involve your usual post-rock/shoegaze themes: Love, dreams and all the pretty things...

Long story short, get this. An essential release for every shoegaze lover!