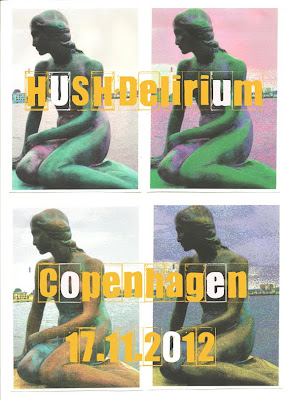 Heading to the Pumpehuset in Copenhagen on Saturday, November 17th for a one off show is art/music collaboration Hush Delirium featuring Ride frontman Mark Gardener.
Formed this year by artist Simon Welford and Mark Gardener, and having since enlisted such stellar musicians such as ex-Stone Roses guitarist Aziz Ibrahim, Dean Garcia of Curve/SPC ECO and Adam Franklin of Swervedriver, plus a cast of multi-talented musicians, Hush Delirium is the art/music project that is causing a real stir, both in the UK and the US.
The concept is simple. The musicians involved in the project each create a piece of instrumental music that is then supplied to Simon Welford. He then uses that piece of music as inspiration to create artwork that he feels is representative of the piece supplied. Once completed, the art & music is then shown together in either gallery style exhibitions or one off events, giving people the complete "HUSH DELIRIUM" experience.
At the Pumpehuset, Hush Delirium plan to do a one off special event where not only not only will artwork and music be available, but Mark Gardener will perform an exclusive acoustic set of songs, old and new. With the 20 year anniversary of seminal Ride album Going Blank Again in 2012, this will be a fantastic opportunity to hear these songs again alongside other Ride classics and songs from Mark's solo album. Support on the night will be by local band Scarlet Chives.
Hush Delirium is one of the coolest projects around, so with the added bonus of seeing co-collaborator Mark Gardener playing live on the night, this is not to be missed.
Further information on the project can be found by searching for "Hush Delirium" on Facebook & Twitter. 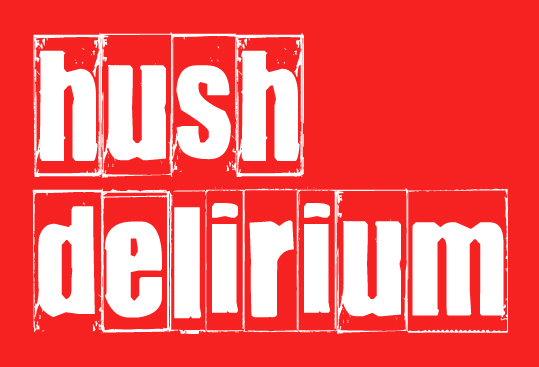