Video Premiere: Behind The Scenes with The Raveonettes. 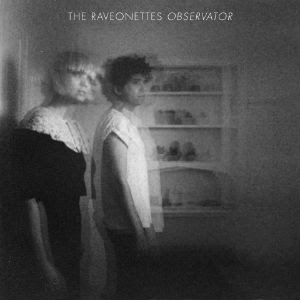 Taken from Paste Magazine:
The Raveonettes will be releasing their seventh full-length album, Observator, on Sept. 11 via Vice Records. The record was made in Los Angeles’ Sunset Sound Studios with the help of producer Richard Gottehrer (Dum Dum Girls, Blondie).

The band has already given a glimpse of what to expect from the new release with the video for the album’s first single, “She Owns the Streets.” As we have come to expect from the Danish duo, it’s heavy on the reverb and features airy vocal interplay between band members Sune Rose Wagner and Sharin Foo.

Now, the band has provided an in-depth look behind the scenes of Observator in a revealing video that chronicles their recording process. We bring you the premiere below.

Posted by When The Sun Hits - All things shoegaze. at 5:51 PM