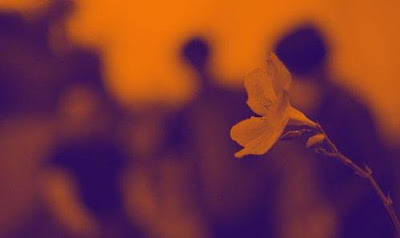 When The Sun Hits
Interviews
Anything After 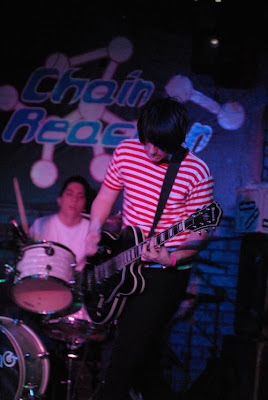 Anything After was formed in the Los Angeles area back in 2004 by twin brothers Brian and Bradley Dale. Wanting to be a four piece pop punk band the brothers decided to recruit two childhood friends to play bass and guitar.

The name "Anything After" came about when singer/guitarist Brian Dale decided to ignore class lectures in high school and focus more on what lied ahead after class had ended. In the fall of 2005 entering senior year in high school, we recorded our first album known as "So Many Words". Only about two hundred copies of our CD were made. Promoting our CD throughout high school, as well as playing with local bands around our hometown we decided to play Chain Reaction in Anaheim. Deciding to ditch our first prom to play this show was a great success. As time went on we played pay to play shows such as the Whiskey a Go Go. As things were going good for us, having been asked to play the House of Blues in Anaheim the fourth member of the band, the bass player, decided to leave. So we weren't able to play that show and we were very upset with him, at least give us one more show we told him.

Now as a three piece we had to change our style of music that fit us a lot better than the old high school ways. We wanted now to be a part of the Alternative/Shoegaze scene. Our guitar player was now our new bass player and we started to record and promote "There's Something Warm". We played Hollywood clubs such as Wolfpak and Club Violaine, cool Shoegaze and Goth clubs that locals would come to. We also played a Jesus and Mary Chain tribute night. That night we did a cover of "Just Like Honey".

Having one of our closest friends pass away at the age of nineteen we started to slow down with music and mourn the loss of our friend. We wanted to write another album to let our feelings come out and that album was "Another Way of Saying". The third album was finished and now our bass again wanted a change in their life so he left the band. Yet for the rest of Anything After the music must go on.

We are currently promoting our fourth album "True Avenue" as a two piece. As well as working on new material with cranked up volumes more fuzz and feedback. No date has been set yet as to when we will release it, but if you keep an eye out on our Facebook page you will get all the info as to when we are finish with it. 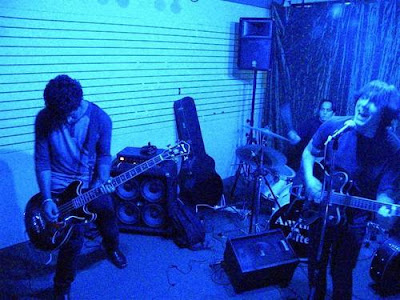 We do consider our music to be part of the alternative/shoegaze, indie/goth and noise pop scene. The one genre we would classify our self with would be shoegaze. Shoegaze because we have a lot of the noise pop sounds as well as the mellow dreamy sounds to create a new kind of blend. In general sense there hasn't been a good rock scene since the nineties. Everything is now pop and hip hop which is cool but annoying.

We think that the modern shoegaze/dream pop/ psychedelia artist are merely borrowing from the old timers in there genre, yet adding their own unique twist on the music to help fit into the scene that is happening today. Some of the modern artist that we enjoy now would be The Raveonettes, Wild Nothing, Best Coast, The Pains of Being Pure at Heart, and The Bilinda Butchers. We don't really have a favorite modern band. We try to learn from everyone to see what is going on now. 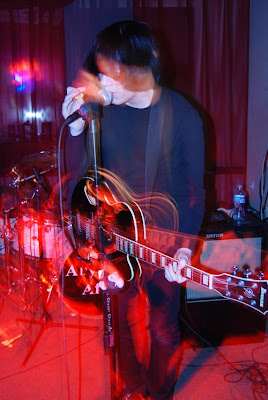 Some guitars/ pedals/ amps that we prefer are Gibson, Gretsch, Shin ei fuzz pedal, jazz bass, electronic bass, drum machines come in handy also for a unique sound. Different microphone techniques help too. As a band we try not to stick to "This is our pedal board no more pedals". We'll switch it up with different pedals all the time. We will use two at a time or five at a time constantly switching it around.

What we used for "There's Something Warm" was a Tascam home studio. For "Another way of Saying" and "True Avenue" we used a Korg D3200 32-track home studio. We think hey whatever you have or can afford use that. You don't need to go buy the most expensive stuff or spend a lot of money in the studio just go buy any-track home studio and start recording all your ideas and share them with the world.

The music industry has changed dramatically and drastically. Before you would have to play your heart out at shows, sell your CD out of your car, but now everything went digital. It is all about the internet now and some musicians would question if playing shows are necessary anymore. Playing shows are fun and a good way for people to still interact by seeing you live, but if you don't have the option to play shows that's why the internet can help those people still spread their music around. The internet has a positive side and a negative side. Positive would be you can share your music with the whole world without going over there. Negative Side is everyone loves free stuff. So they download music illegally and it is hard to make money unless you make some really good songs or have someone put money into your band and promote the shit out of you. 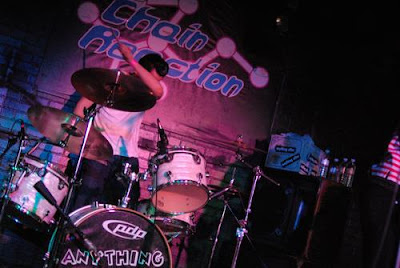 Well at the moment we are using Tune core so Anything After is a D.I.Y. band. Not being on a label has allowed us the freedom to be creative and take our time when it comes to putting out new material. Being on a label has some benefits such as having money to push out new releases, promote in magazines and get reviews. Yet, the negative side of being on a label is having to pay them back for spreading the word of your band. 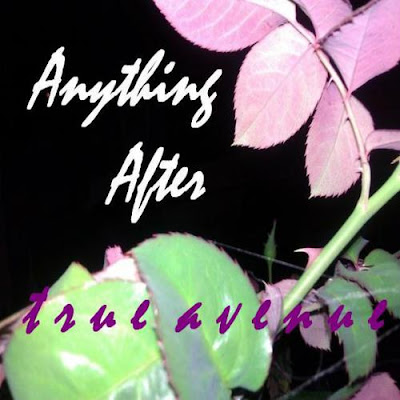 When it comes to the format of listening to music we don't have a preference. Music is music. If a song is good we will listen to it. Yet, vinyl does have a warmer feel.

The Jesus and Mary Chain has always had an impact on our music. In "There's Something Warm" we used a lot of distortion trying to follow the footsteps of Psychocandy. Also The Cure and Joy Division/ New Order played a part in some of our slow mellow songs. When it comes down to it our favorite band is The Jeus and Mary Chain. We always love their attitude and the way they like to drift off into different sounds. Psychocandy and Darklands don't sound the same and you can hear them trying new things and that is what we love about the band. You never hear them repeating the same sound over and over. 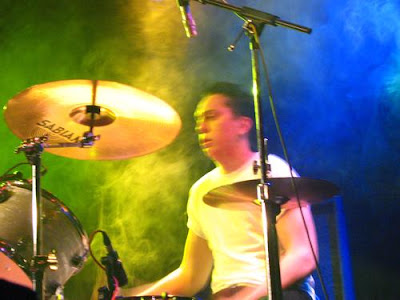 I, Bradley, have been addicted to playing pinball. It's been something besides music to do and it's fun. Watching scary movies has always been a favorite of ours. Watching movies like Evil Dead, Dead Alive, and of course My Bloody Valentine has always felt like a nostalgia of Halloween for us. listening to new music has been pretty exciting, helping us get some new ideas to better our sound as well.


If you had to choose one track that was the ultimate definition of your sound, which would it be and why?

That track would have to be "Having You". We Found a right balance between our influences, a lot of our own emotions and implied them together. We think it gives off a nice blend of "There's Something Warm", "Another Way of Saying" and "True Avenue" all together. 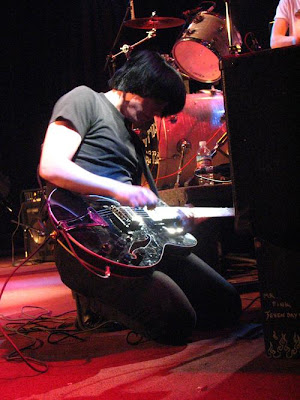 Well right now Brian and I will switch off with different instruments and try to play whatever we feel that day. I'll play the rhythm to the song and he will do the riffs and vice versa. We like to share ideas and get different sounds to all our songs so they don't sound the same. When it comes to writing lyrics we both share that responsibility to bring out two different emotions.

Well we live by You are what you think you are. If you think you're a loser then you are one. We also believe in you have to have confidence in everything you do. If you are confident, than others will feed off on that energy. Also this quote we like is if you don't take risk you, you risk more. Everything in life you have to take a risk to move a little further. Have no thought inside your head but live out the emotions.