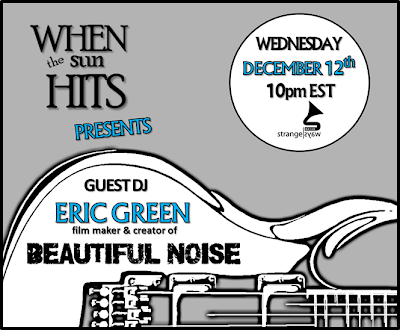 ABOUT 'BEAUTIFUL NOISE'
The definitive documentary about influential 80’s and 90’s guitar bands who harnessed massively loud sounds using a sea of effects pedals and delivered some of the most BEAUTIFUL NOISE ever recorded.

8 years in the making, with over 50 interviews, band members, music icons and tastemakers.

BEAUTIFUL NOISE is an in-depth exploration of a music movement in the late 20th century, a fascinating period when some innovative musicians mixed guitar noise into conventional pop song structures while maintaining a philosophy of letting the music speak for itself.

Although many of the people interviewed are notoriously press shy they have opened up about their music and experiences from over 20 years ago; how they defied the rules and became sonic innovators that have inspired so many.

Currently the documentary is in the final stages for worldwide release, and we need your help to raise the $75,000 to pay for limited run licensing and finishing costs to distribute in Film Festivals and on DVD/Blu-Ray.

This documentary will finally be released only if the fans of this music believe in this project and contribute.

This is your chance to be a part of this definitive documentary.