When The Sun Hits 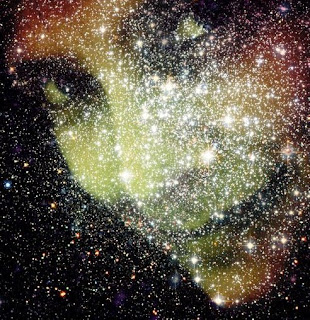 R. M. Hendrix is from Cambridge, MA (USA), where lots of smart people live and great bands like The Swirlies, Galaxie 500 and the Pixies began. Pink Skin is his 10th proper self-release.


R.M. Hendrix will appear on the upcoming Three.Hundred.Thousand compilation, to be released this month.

How and when was the band formed?
I started R.M. Hendrix in 2008 after taking a break. I had an indie/Britpop band before called Flannery. 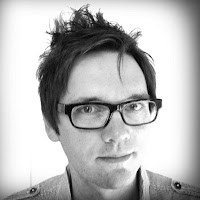 Can you tell us what the band has been working on and what you've got forthcoming in the near future (new releases, tour, etc.)? Sure - I have a couple of videos in the works. One for “Last Days of Black” is technically finished but I’m not really into it, so who knows if it will ever see the light of day! The other is a cut-paper stop-motion film for “Lipstick and Perfect Hair” that needs to be wrapped. It features the Loch Ness Monster, Godzilla and other mythical creatures as my backing band so you know it’s going to be rad - those guys are pro.

And this summer I started writing songs for a new record. I rented a cabin and spent a couple of days working out new melodies and lyrics. I’ll spend this Winter developing them and then start recording in the Spring for a Fall release. The songs are all about living in New England...the new English.

In the middle of that I’m planning on doing some shows in March/April in the Boston area. It’s been a while since playing out so that will be a rush.

Do you consider your music to be part of the current shoegaze/dream pop scene, or any scene? Defining one's sound by genre can be tiresome, but do you feel that the band identifies closely with any genre? How do you feel about genres in music, in a general sense?  I would love for people to consider me part of a scene! I think you have to earn it, just like you have to earn a nickname…others have to give it to you. I think genre is different. My music is definitely of the shoegaze & noise pop variety. More noisy than dreamy. More disorienting than blissful. More rock than pop.

A funny thing is how precious artists consider what we make. We have such strong opinions about what makes our particular songs unique and can get easily bent out of shape when people compare us to other bands. But the truth is we actually DO sound like other bands and we have to get over it. It’s one reason I like getting reviewed. I’ve been compared to Sugar, Sweet Jesus, the Mary Chain, My Bloody Valentine and New Order. None of these bands sound alike, but somehow I really DO sound like them… whatever genre they are. 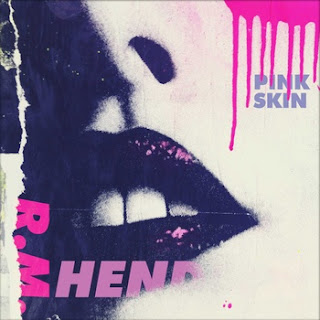 What do you think of modern shoegaze/dream pop/psychedelia artists, any favorites?  It feels like a reawakening. After the scene disintegrated in the mid 90’s electronica took the reins for dreamy, spooky, ambient music. But it’s been twenty years and now guitars are back in the mix and it feels great. Some recent bands I’m excited about are Autolux, Liars, Deerhunter, Brother Kite, Horrors, Echo Lake, DIIV, Engineers, Pains of Being Pure at Heart, Tame Impala, Whirr, Ringo Deathstarr, Beach House, School of Seven Bells, Serena Maneesh. And then bands that have been around for a while- Fennesz, Mark Van Hoen, Starflyer 59, Salvatore, Yo La Tengo, Sonic Youth…

What is the most important piece of gear for your sound? Any particular guitars/pedals/amps that you prefer?  I have a ’63 Jazzmaster and a Vox AC15 that I use as a foundation for everything right now. They give me the warm, broken overdrive that I love so much. If I need a cleaner sound I’ll use my Tele or Strat. For pedals I’m partial to an Electro-Harmonix 16 Second Delay, Memory Man, Digitech Space Station, Marshall Reflector, Alesis Midiverb 4 and Digitech Whammy. Sometimes I’ll add an Expandora or Boss OD-2 for extra punch. If I need really distinctive chorus I’ll use a Small Stone or this strange old Ibanez bass compressor. I think it’s called a 303.

What is your process for recording your music? What gear and/or software do you use? What would you recommend for others?  I use a Rode condenser mic through FMR compression and preamp units into a Tascam interface then finally into Apple Logic Pro. I try to mic everything I record and in the rare instances I can’t, I’ll use a Line 6 Pod. I don’t have a lot of advice for people recording... How about this?.. buy good cables. And definitely pay someone to master your recording. Oh, and hire a graphic designer if you’re not one. It’s unfortunate that there is a lot of bad album art packaging really great music. 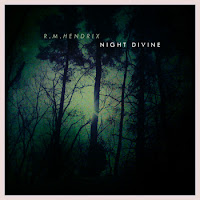 How do you feel about the state of the music industry today? There is no doubt a massive change underway; how do you see it and do you feel it’s positive at all?  In some ways it’s really good. The Internet has become the great equalizer. Today fans are A&R, distribution and art are easy to get, recording is cheap. The only real hurdle is getting heard above the noise. I think I read that there are more recordings being made now than ever before. So the question is really about how you get noticed. I think the down side of this transition moment is figuring out how to make a living making music. It’s not normal to buy music anymore so musicians have to figure out other ways to earn an income.

When it comes to label releases versus DIY/bandcamp and the like, what is your stance, if any?  I think the big advantage of a label today is its ability to market and distribute a record. But that’s about it. Everything else can be done on your own today. Maybe one other advantage is having an outside perspective on your work. Everyone can benefit from a great editor. But even these two advantages can be achieved by other means.

Do you prefer vinyl, CD, cassette tape or mp3 format when listening to music? Do you have any strong feelings toward any of them?  Vinyl for times when I want some ceremony to listening. MP3s for everything else. CDs as storage formats, though I actually love CDs because they are small booklets. Since I’m a graphic designer this is probably more important to me than others. 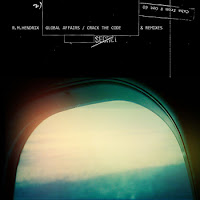 What artists (musicians or otherwise) have most influenced your work?  I learned guitar by playing REM songs. Love Radiohead. I have Ride, My Bloody Valentine, Slowdive, Boo Radleys, Sonic Youth, Telescopes and Chapterhouse in regular rotation. Since I’m in Boston its impossible not to go back to the Pixies, Galaxie 500 and Swirlies for inspiration. Other artists that have influenced me in some way are Southern author Walker Percy (look up “Bourbon, Neat” online), painters Warhol and Basquiat, and a graphic designer named Lester Beall.

If you had to choose one track that was the ultimate definition of your sound, which would it be and why?  I don’t know. I don’t really think I have a signature sound, meaning, I think I’m not really consistent. I do something once and then want to move to something else. I think “After Staring into the Sun” from the Pink Skin EP could hint toward signature because of the contrast of noise and melody but the structure is kind of unique for me. I think “Dreadful Mess/Crack the Code” probably is a better indication of the spectrum I like to explore. What do you think?


Can you tell us a little about the band’s song writing process?  This is something I experiment with a lot.. at least in the beginning of a song. Sometimes I’ll start with lyrics. Sometimes a melody. Sometimes a riff. For example, each song on Pink Skin started differently. “The Last Days of Black” began with lyrics inspired by ads on my daily subway commute and an idea that I wanted to use Byrds harmonies. “Lipstick” began with a riff and a hope to write my version of Don Henley’s “Dirty Laundry”. “Sun” came from an idea that I wanted to write a really long song with one chord progression repeating over and over – like something Blur would do. I usually develop the lyrics and song structure to a point where I can lay down basic guitar, drum and vocal tracks. The songs evolve from there, layer upon layer, and I never know where they’re going to end up. “Last Days of Black” became a much longer song after I tracked the basics. I felt like it needed a dramatic shift of color to resolve it and that’s how it ended up with the disorienting post-punk, Interpol-like ending. But I didn’t know it needed it until I had put down the basics.

What is your philosophy (on life), if any, that you live by?  The answer to your question is probably more complicated than anyone could bear to listen to when they just want to know about rock and roll. I’ll spare you this time.
Posted by When The Sun Hits - All things shoegaze. at 8:00 AM