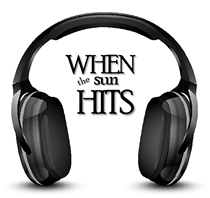 ERIC GREEN is the writer/director/producer of BEAUTIFUL NOISE and passionate music fan who has spent the better part of the past decade searching for and molding together all of the pieces he could find from this time period to make this documentary for himself and fans like him who love this music and these bands. Read Eric's blog HERE. ABOUT BEAUTIFUL NOISE
The definitive documentary about influential 80’s and 90’s guitar bands who harnessed massively loud sounds using a sea of effects pedals and delivered some of the most BEAUTIFUL NOISE ever recorded. 8 years in the making, with over 50 interviews, band members, music icons and tastemakers.

BEAUTIFUL NOISE is an in-depth exploration of a music movement in the late 20th century, a fascinating period when some innovative musicians mixed guitar noise into conventional pop song structures while maintaining a philosophy of letting the music speak for itself. Although many of the people interviewed are notoriously press shy they have opened up about their music and experiences from over 20 years ago; how they defied the rules and became sonic innovators that have inspired so many.

Currently the documentary is in the final stages for worldwide release, and we need your help to raise the $75,000 to pay for limited run licensing and finishing costs to distribute in Film Festivals and on DVD/Blu-Ray. This documentary will finally be released only if the fans of this music believe in this project and contribute. 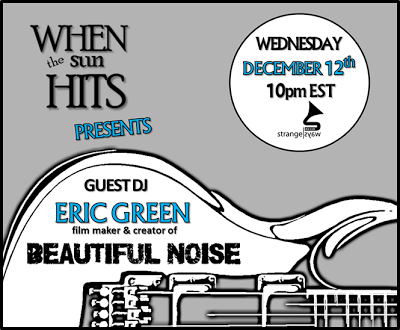 The Beautiful Noise shoegaze documentary has been 8 years in the making – what made you come to the decision to make this documentary 8 years ago? Why shoegaze? How did you begin and what was your ultimate goal at that point? Did the project grow larger as time went on, or did you have the entire concept fully formed in your head from the very beginning? I’ve been into these bands for over 20 years and it just felt right. There hasn’t been a book about this movement nor has there been a documentary…until now. I watch a lot of music docs and there are so many on other genres but not this one. The beginning was just the idea that I’d wanted to make a film, I moved from NY to LA to make films and I hadn’t had any breaks. Making a documentary seemed doable as a DIY project. As for the story that formed over time.

8 years is quite a journey for any project; why do you think it took so long? What was your biggest hurdle during the making of the documentary? Looking back, would you have done anything differently to speed up the process, or did you go at the pace you felt was right for a truly comprehensive documentary?  The biggest hurdle is what we are experiencing now trying to release the film properly with all the clearances intact.


You have some amazing people involved in the film, musicians and otherwise. The roster of people involved with and/or appearing in the documentary is so impressive; even notoriously press shy artists appear in the documentary – what do you think is it about Beautiful Noise that moved so many people to be involved? In my experience, the shoegaze community has always been a very close knit one; do you think on some level this is an extension of the musicians carrying on The Scene That Celebrates Itself vibe? I think everything boiled down to the delivery, the way I described the project to people and my persistence. 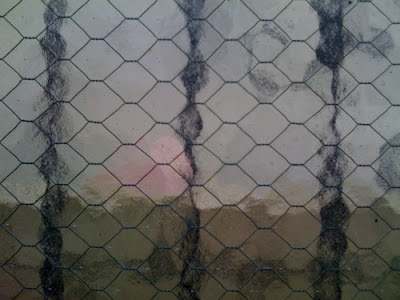 Meeting with and interviewing so many musicians/artists surely resulted in some unforgettable memories. What are some of your favorite memories from the film making process, and who were the most memorable interviews? I adore Wayne Coyne, but I wouldn’t consider his music shoegaze, so I was surprised to see his name as one of the persons involved – how did that come to be? Have you noticed that a lot of musicians who generally work outside of the shoegaze genre seem to have an interest in it, or feel influenced by it?  I think there was some mutual respect amongst musicians; people who sound different tend to be more interested in eclectic artists. For example, Wayne thought the lack of image and distorted sounds of this movement was fascinating and mysterious, quite the opposite of his public persona.

How do you feel about the state of the music industry today? There is no doubt a massive change underway; how do you see it and do you feel it’s positive at all? Do you feel that the state of the music industry has had any effect on the progress of your documentary?  I think there are positives and negatives. It’s a big topic. I think it’s great everyone can have their music heard but the downside is there are no breakout stars that are interesting. Everything is niche that few people are into, like micro genres. And people don’t like buying content as much. They are into technology more than art. They just fill their gadgets with stuff and are generally less passionate about the artists they like.


I’m a big believer in Kickstarter. Why did you decide to use that platform in connection with Beautiful Noise? Has the experience been positive thus far, and would you recommend it to others? This was the only path forward; we hit a dead end. Kickstarter is a lifesaver for this project. I am a big fan.

When listening to music, do you prefer vinyl, CD, cassette tape or mp3 format? Do you have any strong feelings toward any of them? I’m of the very small group that prefers CDs. It’s what I’ve always bought. I like having something physical that you can transport very easily.

Name your top 10 shoegaze albums. I know that’s a somewhat cruel and difficult request; however, we all want to know, so do try.  That’s a tough one. They are all in the movie actually. I really do love all the bands we covered.

What do you think of modern shoegaze/dream pop musicians, any favorites?
Belong, Tamaryn, Grouper to name a few.

What is your philosophy (on life), if any, that you live by?
Believing in myself and making sure I get my projects made no matter how impossible the odds.


This is your chance to be a part
of this definitive documentary.
Posted by When The Sun Hits - All things shoegaze. at 8:01 AM