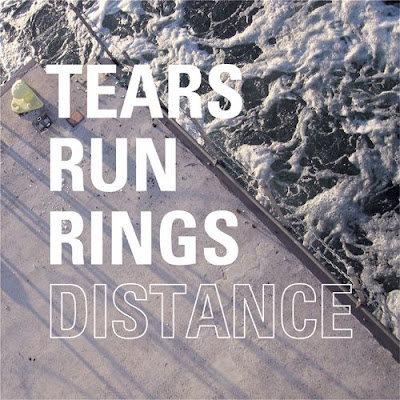 Tears Run Rings have been releasing mesmerizing dream pop since 2007, and the band's newest full length, Distance, finds them keeping up the same dreamy pace, building upon their previous gorgeous style and fleshing it out to even more enchanting heights. Distance is their second full length, and so carries the stigma of any sophomore effort: will it live up to the band's previous work, or was the first full length (the excellent Always, Sometimes, Seldom, Never) a lucky flash in the pan? If there were ever any doubts that Tears Run Rings could again release something as consistent and satisfying as the first LP, Distance will certainly put those quickly to rest. It is a more than satisfying follow up; to me, Distance is one of the top dream pop releases of the year, hands down. When The Sun Hits also just interviewed the band, and you can read that here.

The record title itself may very well be a nod to how the record was actually recorded - the four members, most of them living in different cities across the U.S., made the record by individually recording tracks and sending them to one another via the internet, and so Distance was created by sharing, building upon, and tweaking these bits of information they sent zooming to one another across binary code and miles of geography. These days, this is not an all too uncommon process of working on music, but it certainly isn't the easiest way to go about it, and the end result is a testament to successful distance recording. 100 years ago, this concept could only be imagined as a sort of impossible magic, and in the end, even in modern times, I suppose the result really is quite magical, indeed. 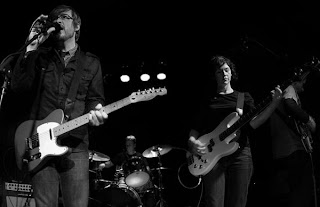 Distance picks up, quite literally, right where the previous full length left off, with the track "Happiness 3". Right away, the blissful electronic soundscape is captivating, with lilting male and female vocals blending perfectly into the lush atmosphere. This is music that begs to be listened to in a quiet place, with your best pair of headphones. The textures are simple, but meld into perfect balance, with the guitars coming in to give the track some gentle noise, and the relentless, simple beat carries the track to the end. The sounds themselves very much remind me of the way Ulrich Schnauss would build a track, the layers and the electronic foundation that flesh out into something sonically bigger before fading down to it's simple elements again. A heavenly track, to be sure.

Track two, "Forgotten", veers into a more upfront shoegaze style, driven by shimmering guitar and more of that beautiful male/female vocal trade off that brings to mind classic dream pop at its best. The rapturous atmosphere never leaves the songs, even when the guitars come to the forefront on occasion; there is always a sense of a similar sonic atmosphere being threaded beneath each song, making Distance a record that should really be heard in it's entirety.

Track three, "Inertia", is the track that first stood out to me as being just an amazing piece of shoegaze music. It really brings to mind Rachel's (of Slowdive) vocals and the whole song has a very Slowdive-esque vibe, but updated, because Tears Run Rings' signature style is weaved all around it, as well, especially with the beats. I love to hear newer artists taking a cue from a classic influence and then building it up to be something all their own. The track is a slow burning, blissed-out love letter to the Slowdive sound, and it was my first favorite track on the record. I would later go on the have another favorite, which I'll get to...

Track four, "Reunion", is probably one of the more upbeat, classic gazer tracks on the record, bringing to mind Pale Saints. Mostly guitar driven, but with those ambient undertones and soundscapes ever present underneath, the track is an absolute delight, shoegaze to tap one's toes to. The layers of this song, and every song on the album, really, are so well-crafted and blended that each song sounds very full and lush; even when the track is sparse, it still feels full of sound.

Speaking of sparseness that sounds anything but, track six, "Divided", must be discussed. This track is also the one that actually ended up replacing "Inertia" as my absolute favorite on the record. It is deceptively simple at first, but the slow, lullaby layers of ambience, keyboards and haunting vocals build into a full on assault on the senses, both achingly pretty and somehow disorienting at the same time. The song opens with the lyrics: "This is the part where we make a decision," and then just builds into this amazing dream-like state of musing about the state of things, all set to some of the most beautiful sounds you can imagine. One could easily drift far and willingly away on this track. The standout track, for me. 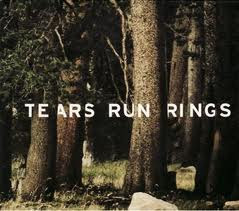 Track seven, "Forever", finds us back to more standard, guitar driven gazer fare, but that blissed out undertone always finds its way into every song. Head bobbing drum beats and fun guitar riffs switch off with quiet atmospheric moments, making this track very interesting to listen to and again, very much reminding me of Pale Saints. Great track.


The album's closer, "Happiness 4", is beyond gorgeous, a languid beauty that should be the official soundtrack for all sunsets from now on. And paired with the album's opener, "Happiness 3", these two tracks are the perfect bookends to one impressive dream pop effort on the part of Tears Run Rings. Distance is quite simply a must own album, and most certainly one of the best records released in 2010. Well done, Tears Run Rings. Well done.