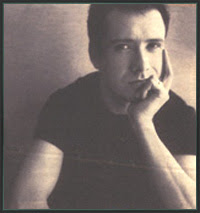 When legendary shoegaze bands are being discussed, one name that will inevitably come up is Catherine Wheel. Getting their start in 1990 in Great Yarmouth, England, the band was a four piece consisting of Rob Dickinson (guitars/vocals), Brian Futter (guitars), Dave Lawes (bass) and Neil Sims (drums). After being approached by both Creation Records and Opal Records (Brian Eno's label), the band signed to Fontana and made an immediate splash with their debut record, the highly celebrated classic Ferment. Always included in the shoegaze scene, but standing out from the other bands by sheer individuality and a heavier sound, Catherine Wheel went on to record 5 full length albums spanning the next decade, leaving in their wake a multitude of now-classic shoegaze anthems and quite a legacy before disbanding in 2000. When The Sun Hits was absolutely thrilled to have the chance to speak with former bassist Dave Hawes of Catherine Wheel, who is a truly talented musician, an integral member of a now-legendary music group, and part of the first wave of this genre we all love so much. Enjoy the interview!

1. How was the was band formed? 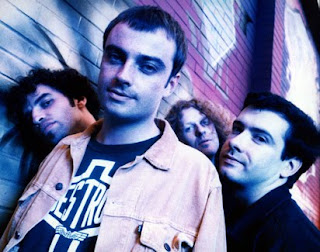 I saw an advert in a local record store looking for a bass player "into the House Of Love, the Stone Roses and My Bloody Valentine." I certainly was into those bands and was in between bands at that time so phoned the number and spoke to Rob and arranged a rehearsal. Rob, Brian and Neil had been friends for some time. So after a couple of rehearsals I was formally recruited into the band...that being said, I don't think they had any other applicants!!

To elaborate a little more, Rob and Brian had played in a couple of bands prior to CW. Rob played drums. And Neil was a friend from school days I think.

2. Where does the name Catherine Wheel come from?

As most people know, a Catherine Wheel is a firework in England (and also a medieval torture device) and from memory Rob came up with the name. The only thing I can remember is we were conscious of the fact that there were so many one syllable name bands (Ride, Lush, Blur, etc.) that we wanted a longer name.

3. Do you feel like you guys were a part of the original Shoegaze scene? 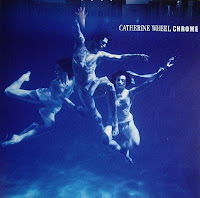 Initially, yes. But as time went on I think we distanced ourselves from that scene. Certainly, Chrome (our 2nd LP) was a lot harder than what the shoegaze bands were doing. Plus the shoegaze thing was very London-orientated and clique-y. The music press also dubbed it "the scene that celebrates itself" which was quite apt. There used to be a weekly club in London called Syndrome which we went to one night as we happened to be in London and it was like a who's-who of indie bands. But coming from Lowestoft and Great Yarmouth we were very much outsiders of that group and we were quite happy about that.

Rob called me a couple of years ago and I said yes but Neil and Brian said no. It is unlikely but I say never say never. From a personal perspective, as I was not there at the very end, I feel like I would like to do another tour at least to have some kind of a proper ending. 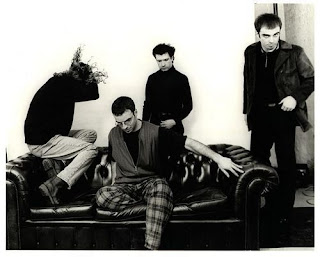 Personally, I grew up with the UK punk groups and then got heavily into the likes of Joy Division, the Velvet Underground, the Sisters Of Mercy, the Cure, etc. Then the Jesus and Mary Chain, House Of Love, New Order, etc. The others were more into Queen, Rush, Pink Floyd, ELO (one of Brian's faves!) but I know Rob and Brian went to see the House Of Love one time which blew them away and I think that was the catalyst to getting Catherine Wheel together.

I'm terrible at keeping up with new music but I recently started listening to Pandora radio which has got me listening to newer stuff. The Bird And The Bee I really like. Also, the Gossip, and Tegan and Sara. But I often revert back to my older stuff. Kind of going through a Kraftwerk and early Human League thing right now.

The last movie I went to was Pirate Radio which I thought would be good because it was based on Radio Caroline which was a pirate ship off the coast I would listen to as a kid. But it wasn't good.

7. What sort of set up/gear do you use? What is the most important piece of gear for your sound (i.e. pedals, guitars, drums etc.)?

I am the most non-tech guy which I know comes as a disappointment to some people as they think I would know so much about equipment. But if it sounds good, then that's all I care about. I think it stems from my punk roots. I steer clear of music stores if I can. But from memory, I always used Ampeg amplifiers and Fender basses.

8. What do you think of modern Shoegaze/Dream Pop artists, any favorites?

I really don't know any to form an opinion. Sorry.

9. Why did Catherine Wheel split up? 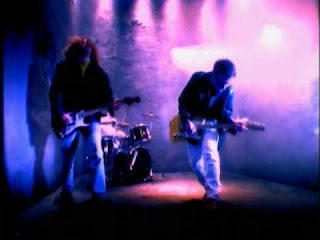 Well, I wasn't there for the last year/tour so I may not be the best person to ask. I was "let go" prior to the recording of Wishville and it seemed the whole thing was going in a downward spiral. Disappointing sales, record company internal problems, egos...a concoction of things. It's a shame how it ended and I personally was hurt how I was dismissed. However, 10 years later I received an out-of-the-blue and very unexpected apology from our manager saying it was a mistake to let me go.

10. Do you think modern bands realize who Catherine Wheel are and your importance to the world of Dream Pop and Shoegaze? 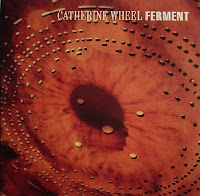 I do think CW has a legacy that is embraced by some bands today. I went to see the Airborne Toxic Event last year and the singer told me he plays "Black Metallic" every day. And when I see comments on YouTube and etc. it is humbling to think that nearly 20 years since Ferment came out people are still enjoying our stuff. Even I listen to CW again...occasionally!

Keep positive even in adversity.

Posted by When The Sun Hits - All things shoegaze. at 1:08 PM