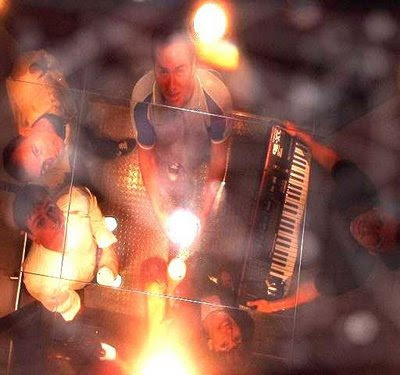 Tears Run Rings is a four piece dream pop band consisting of Laura Watling (vocals & bass), Matthew Bice (vocals & guitar), Ed Mazzucco (guitar) and
Dwayne Palasek (drums). All living in different cities, the band mainly creates their music by sharing individually recorded tracks over the internet and building from there. Tears Run Rings began garnering attention immediately with their blissed-out sound after their first release, A Question and An Answer EP (2007). Since then, they've only grown more prevalent in the dream pop scene, releasing two more highly regarded full length albums: Always, Sometimes, Seldom, Never in 2008, and Distance, which was just released in August 2010 (read Amber's recent review of the new album here). Their track "Mind the Wires" was featured in Gregg Araki's (The Doom Generation, Mysterious Skin) 2010 film Kaboom, which to this blog's mind is an incredible compliment, as Mr. Araki knows good music when he hears it, especially in the realms of shoegaze and dream pop. Matthew and Ed also run the record label Shelflife Records together, which includes 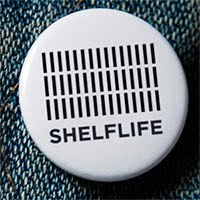 releases by The Radio Dept. and Thieves Like Us. When The Sun Hits was thrilled to interview this band of so many talents, and hope you enjoy learning a bit about them as they should most certainly be on your radar! If you haven't heard Distance yet, it's an absolute must-own and one of the top records of 2010. 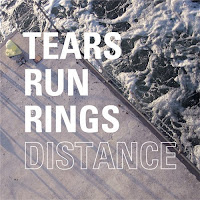 Our next release is the LP version of Distance coming out on Deep Space Recordings/Disaster Club before the end of the year. This will be our first vinyl offering so we're really excited about it. We're also starting to work on our next batch of recordings for album three. Tour plans are on hold for this year as we all have too much life stuff going on. Ed and Laura just got hitched, and Matthew's getting married in a couple months.
2. What sort of set up/gear do you use? What is the most important piece of gear for your "shoegaze" sound?

We recorded Distance at three separate studios. We typically will record drums at a hired studio and the rest is tracked at either of our two home studios (Portland and San Francisco). We try our best to have the exact same set-ups so it's seamless opening projects between both studios. One 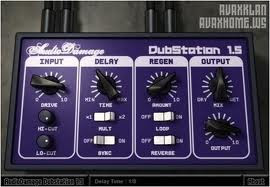 of our favorite plug-ins is "DubStation" by Audio Damage. We also use a lot of outboard gear to get our sound... Eventide Eclipse, Hiwatt Custon Tape Echo, Stone Machine Fuzz tops our list, but I think our favorite is still the Roland DEP-5. We love the older 16 bit digital reverbs. They aren't as transparent as the modern ones and we like how they add their unique color to sound.
3. What shoegaze bands/artists have most influenced your work?

All the usual suspects... Pale Saints, Slowdive, Moose, Chapterhouse, Cocteau Twins, Lush, etc. We grew up on this music, so it's deeply embedded in our hearts. 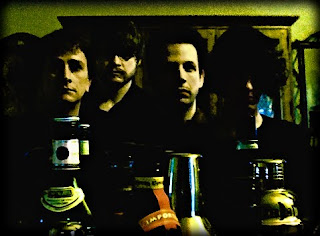 We're all over the board with our tastes really. We'll let Ed will take this one...

Ed: I've been trying to read Electronic Music Synthesis by Hubert Howe, but we use it more to kill spiders in the studio. As for bands... Korallreven, Ceremony, The Radio Dept., Caribou, Epic45, Seeland, Benoît Pioulard, Malory, Keith Canisius, Foxes in Fiction, Nicki Minaj. Films: Urban Explorers: Into the Darkness (documentary).
5. What is your philosophy (on life), if any, that you live by?