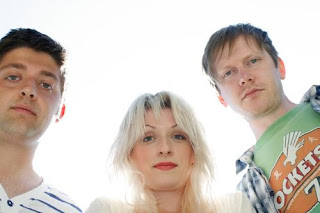 Presents for Sally are Matt Etherton, Anna Etherton, and Luke Feierabend and the band is based in the UK. After getting immediate positive recognition in 2008 for their track "Flowers Falling Sideways" (a contribution to a shoegaze compilation called The Secret Garden), fans have been waiting for a release from them, as the song is utterly gorgeous (you can hear the track here). Good news: the wait is nearly over, as Presents for Sally's stunning full length debut, A Touch of Joy, A Touch of Sadness will be out November 22nd on Laser Ghost Recordings (read Amber's recent review of the record here). This band is definitely one to keep on your radar. Please enjoy learning a bit about the band, and make sure you get yourself a copy of the new album next month; it's fantastic. 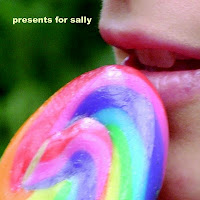 1. How did you come up with the name "Presents for Sally"?

To be honest I think the name came up one drunken evening a fair few years ago, way before we started any serious recording or anything and then it just kinda stuck. I guess we need to work on this answer!! Find something super imaginative!!


2. A Touch of Joy, A Touch of Sadness is the band's first full length release, but I remember the track "Flowers Falling Sideways" on The Secret Garden nu-gaze compilation creating quite a stir in the shoegaze scene in 2008. How long has the band been together? 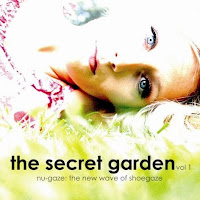 Presents for Sally started out as just Matt recording some ideas at home on a 4 track recorder, these ideas eventually became songs. After "Flowers Falling Sideways" came out we had a good response and realised people wanted to hear more, so we sorted out playing some of the songs live. We were lucky enough to generate quite a bit of interest and were really pleased with how well the single did. 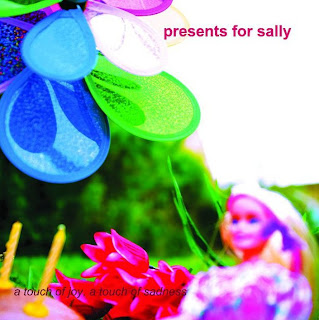 3. Can you tell us what you've been working on and what you've got forthcoming in the near future (releases, tour, etc)?

Well the album is out November 22nd and we are currently in the process of organising a UK tour this winter to promote it. Then the title track “A Touch of Joy, A Touch of Sadness” from the album may be coming out as a single but nothing is set in stone regarding that yet.

4. Presents for Sally have certainly been considered part of the new wave of shoegaze artists by fans. Do you consider what you are doing to be shoegaze? Do you feel that you are a part of this new shoegaze/dream pop scene?

People can use any genre they want to describe us but hopefully Presents for Sally have a unique sound which can be liked by people into more than just one sort of music. As a band we are all into different kinds of music, Matt is the only one who is into stuff that could be classed as shoegaze, but at the end of the day scenes come and go, where music lasts forever. 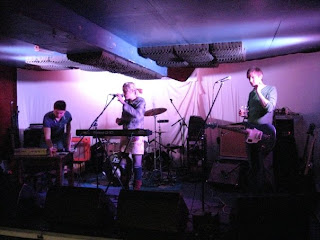 5. What is the most important piece of gear for your sound? Any particular guitars/pedals/amps you prefer?

I suppose you could say our fx make a big part of our sound and without this, we couldn't create the layers we have that make the songs sound like us. Saying that though, we could also just play most of the songs on an acoustic guitar or piano so I suppose you need the songs there, however you intend them to sound in the end.

6. What artists (musical or otherwise) have most influenced your work?

We have all been influenced by different bands and different people over time.

7. What do you think of modern shoegaze/dream pop artists, any
favourites? 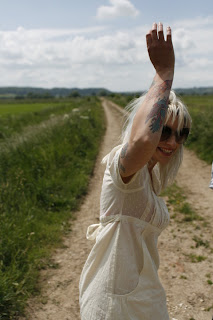 To be honest, we're not overly familiar with many of them. Anna and Luke aren't really into shoegazey stuff and I just haven't really had a chance to hear as much as I would like. I'm sure there are plenty of good new bands about, whatever the genre.

8. Tell us a little about what you are currently into (bands, films, books, etc)?

Matt: The best album of the year so far has been Nothing Hurts by Male Bonding on Sub Pop. No Age is probably the best band I have seen for a while, as well.

We wouldn't say that any of us have a "philosophy" on life only that we enjoy making new sounds and having a good time doing it, with a few drinks...